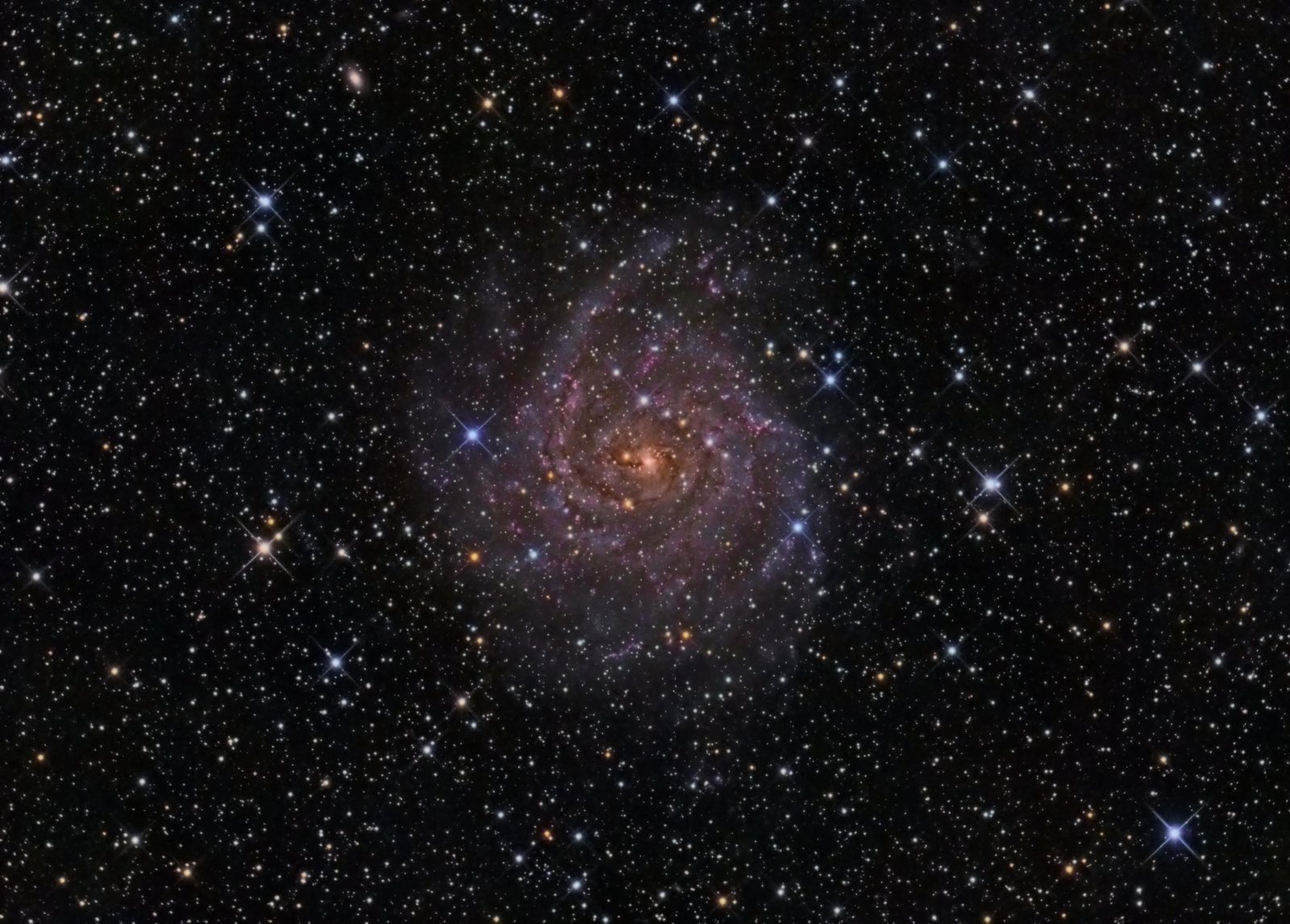 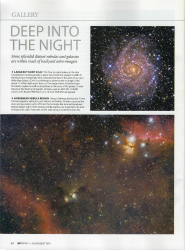 This is IC342, a face-on spiral galaxy in Camelopardalis, in the far northern sky.  It is large in the sky, at about 2/3 the width of the moon.  But it is very faint.  I haven’t looked for it visually yet, but after seeing it in images I plan on hunting it down with my 20″ reflector.  It is a challenge both to observe and to image because it lies almost the plane of the galaxy, and is obscured by a lot of dust from the arms of our own Milky Way galaxy.  It lies about 11 million light years from us.  This image shows off many pinkish H-alpha regions dominated by glowing hydrogen gas, as well as lots of dark, dusty lanes in the arms of the galaxy.

Final Processing
Dynamic Range Adjustment and Stretching: HDRMultiscaleTransform was applied at 6 and 5 pixel scales, protecting bright stars with a mask. TGVDenoise was applied in RGB/K mode with default settings, followed by HistogramStretch.  A range mask was made that protected stars and background, and LocalHistogramEqualization was applied to the galaxy.

Multiscale Processing:  A copy of the image was made and LinearMultiscaleTransform was applied to extract the first 4 wavelet layers (no residual).  This image (“SMALL”) was subtracted from the original image using PixelMath, to make an image containing only large scale structures (“LARGE”).  ColourSaturation was boosted on SMALL.  Curves was used on LARGE to increase contrast and colour saturation.  LARGE and SMALL were added together using PixelMath, with rescaling checked.