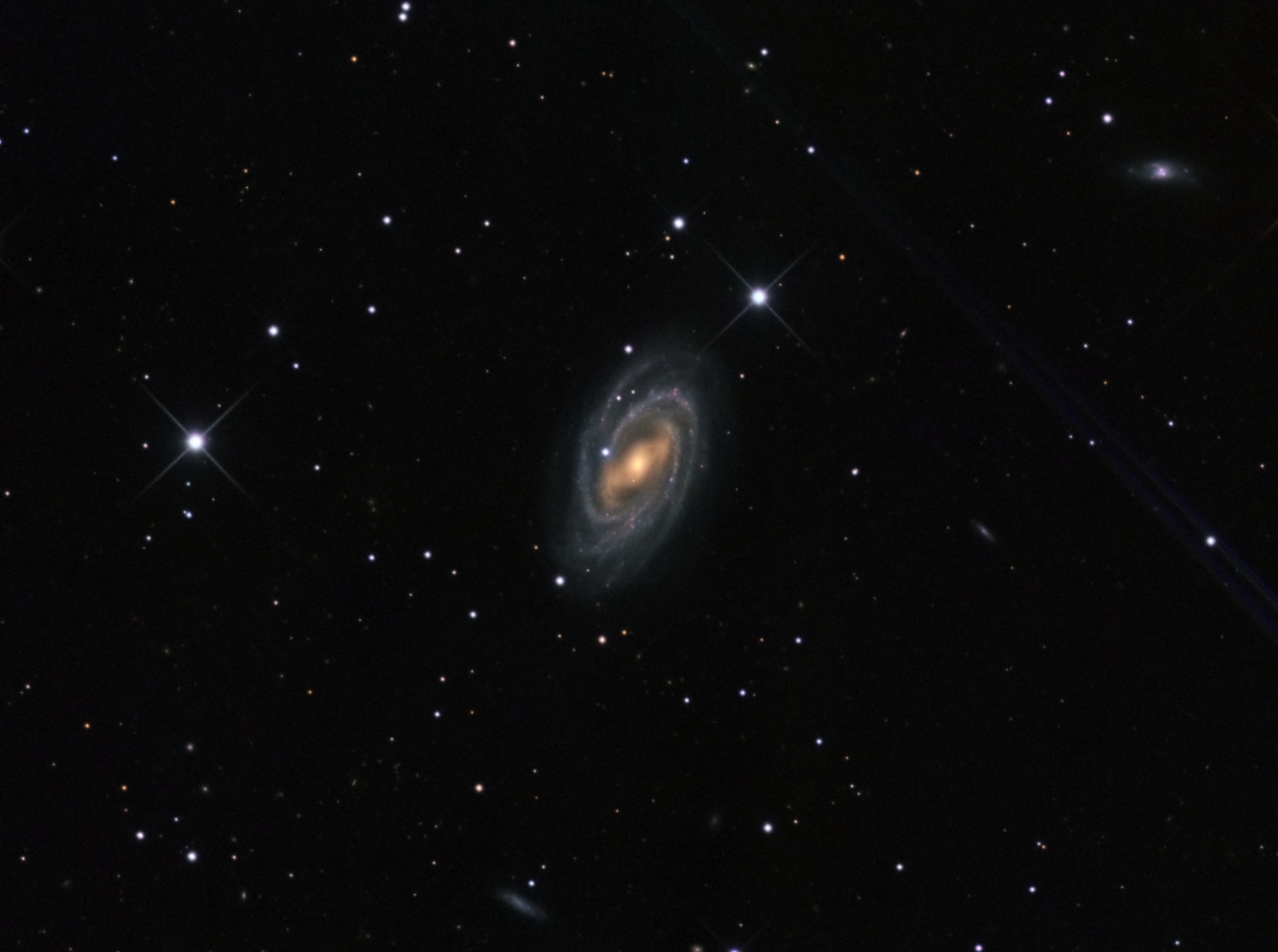 M109 is a barred spiral galaxy that lies around 85 million light years away (give or take).  It is the largest galaxy in the M109 group of galaxy, several other members of which are also shown in this image (streaks and fuzzy round objects).  This galaxy is quite small for my imaging equipment.  I will come back to it one day.  I can use this image to provide colour information and combine it with more luminance data from a longer focal length scope.  M109 is tucked up quite close to the bright star Phecda, the bottom Big Dipper bowl star that is closest to the handle.  Phecda is so bright that even though it is well out of the field of view, you can still see diffraction spikes from it (diagonal faint bluish spikes in the upper right quarter of the image).

It has been so bad for imaging since mid-December (cold, windy, cloudy and moonlit, all of the above) that I needed 12 nights to collect the 18+ hours of light contained in this image.

Final Processing
Dynamic Range Adjustment and Stretching: HDRMultiscaleTransform was applied at 5 pixel scales, protecting bright stars with a mask. TGVDenoise was applied in RGB/K mode with default settings, followed by HistogramStretch.  A range mask was made that protected stars and background, and LocalHistogramEqualization was applied to the galaxy.

Boosting Ha:  The Ha master was copied and the copy was stretched to make an HaBoost Mask.  PixelMath was used to subtract the Deringing Support mask; this removed the bright stars from the HaBoost Mask.  Colour saturation and red channel were increased in the areas exposed by the mask — primarily the Ha regions in the galaxy.