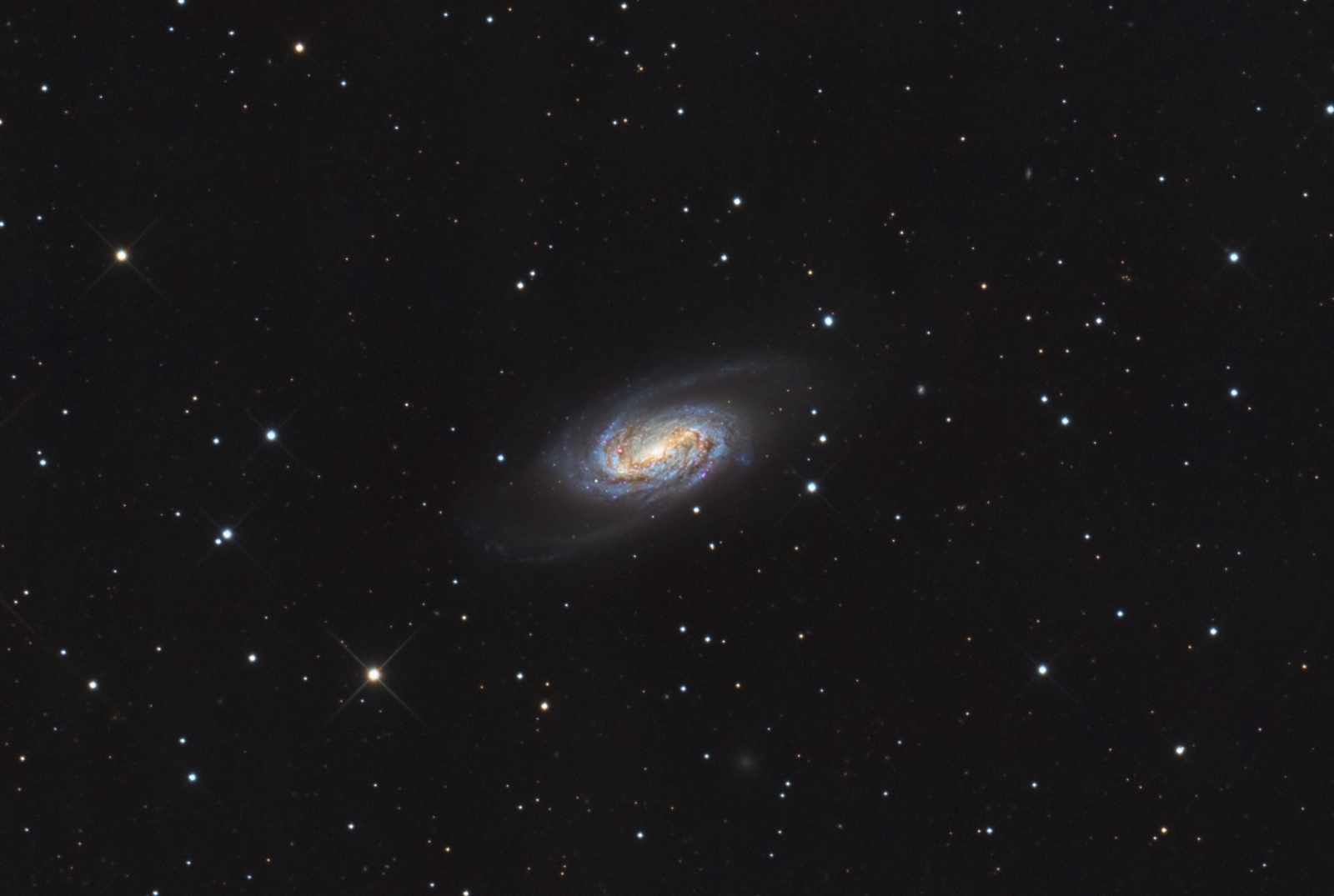 This is NGC2903, a pretty barred spiral galaxy in western Leo.  It lies about 30 million light years away.  New stars are being formed rapidly in the central region.  Pink emission nebula and blue star clusters are visible in the tightly wound arms near the centre.  The galaxy is a little smaller than our Milky Way, at “only” 80,000 light years across.  Several other galaxies are also visible in this field.

Tekkies:
SBIG STL-11000M camera, Baader LRGB filters, 10″ f/6.8 ASA astrograph, Paramount MX.  Guided with QHY5 on an 80 mm f/6 refractor.  FocusMax for focusing.  CCD Commander to automate the sessions.  Acquistion and guiding with TheSkyX.  All pre-processing and processing in PixInsight.  Shot from my SkyShed in Guelph, Ontario. RGB under moderate moonlight and luminance with no moon.  Average to very good transparency and good seeing.

RGB and Luminance
Creation and cleanup:   R, G, B and L masters  were prepared with ImageIntegration.  The R, G and B masters were combined with ChannelCombination, and the resulting RGB image was cropped and processed with DBE, followed by BackgroundNeutralization and ColorCalibration.    The L master was registered to the RGB master, and DBE was applied.