Skip to content
Previous Next
IC417, The Spider Nebula 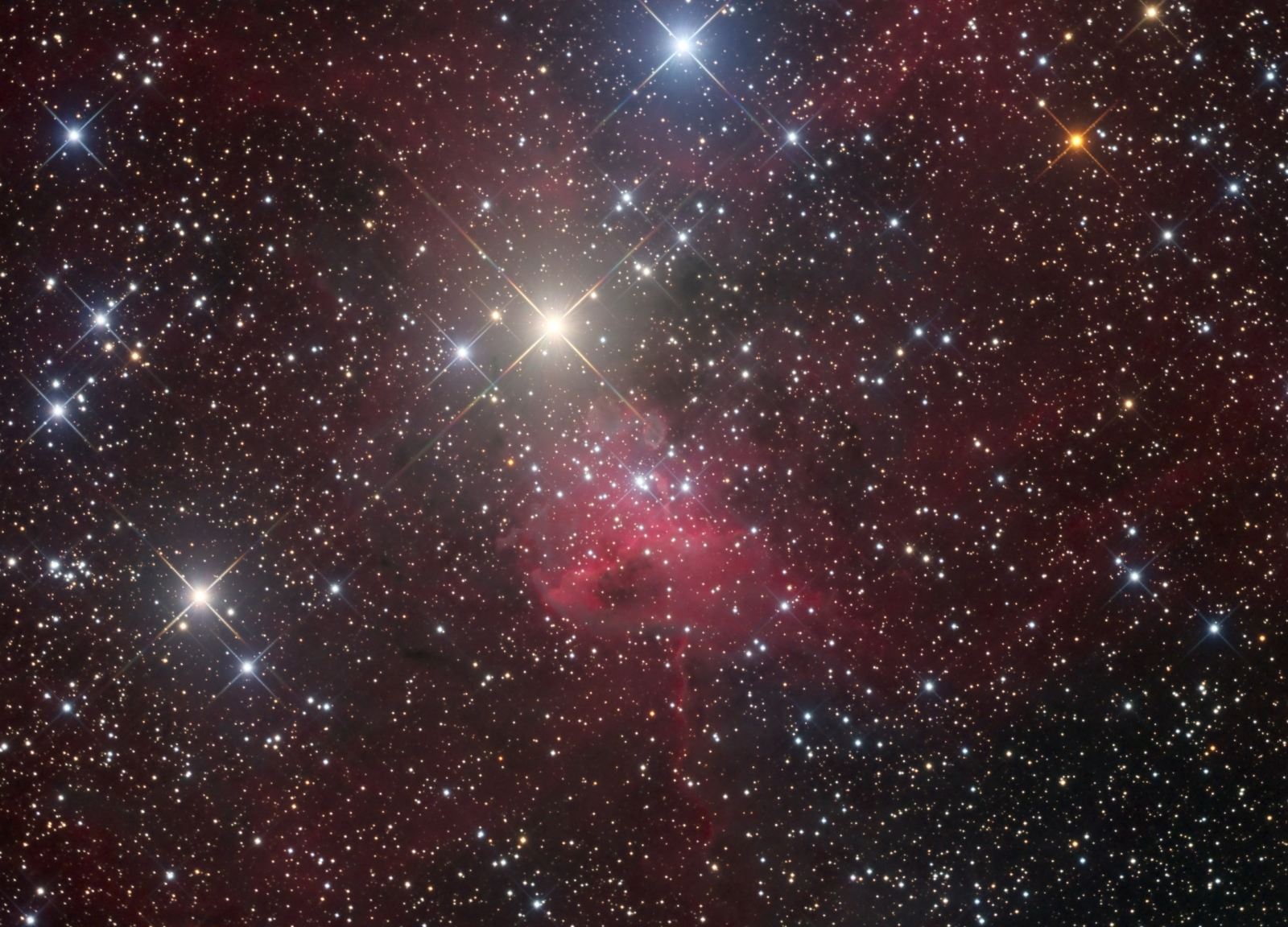 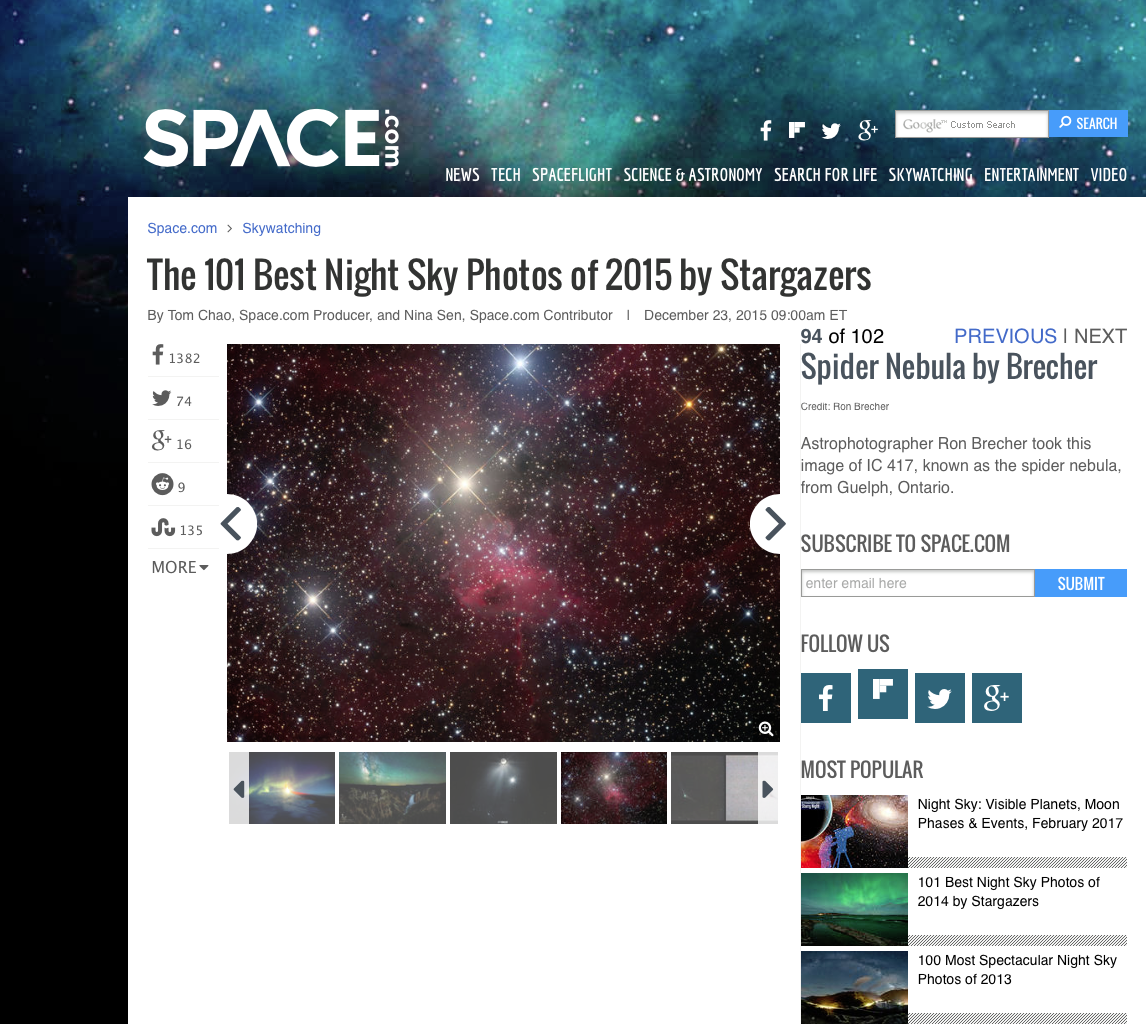 IC 417 is an emission nebula in the constellation Auriga, lying about 10,000 light years away.  The glowing centre of the nebula is energized by the hot, massive blue stars embedded within. New stars are being formed in the ovals above centre and the surrounding bluish nebula above-left of centre.  This nebula is informally known as The Spider Nebula.  The “Fly” lies nearby, and I might image it sometime.

HaRGB
Creation and cleanup:  R, G, B and Ha masters were cropped and processed separately with DBE.  The R, G and B channels were combined and the resulting RGB image was processed with ColorCalibration.   The NB-RGBCombine Script was applied with default settings to produce a linear HaRGB image.  PixelMath was used to boost the blue by adding 7% Ha.

Stretching:  HistogramTransformation was applied using autostretch settings. TGV Denoise was applied and the image was re-stretched to reset the black point.

Stretching: HistogramTransformation was applied using autostretch settings.  TGV Denoise was applied and the image was re-stretched to reset the black point.

Final Processing
HaRGB:  Star shapes were smoothed and sizes reduced by applying MorphologicalTransformation through a star mask using the Morphological Selection mode set at 0.35.  UnsharpMask was applied through the same mask with a scale of 1.4 px and a strength of 0.5.  Overall contrast, brightness and saturation were adjusted with the Curves tool.  A final boost of colour saturation was applied to the smaller stars only.