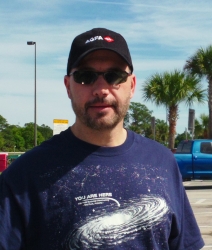 Darryl Archer, of Baden, ON is a solar system imager who produces stunning results.  Darryl has been observing since 1977 and imaging the solar system since around 2002.  He has ground his own mirrors and built telescopes to house them, most recently a 12.5” F9.18 planet killer Newtonian reflector for high resolution imaging.  When I was first setting out into astrophotography, Darryl encouraged me to persevere even though it was frustrating and difficult at times.  He shared his observatory building experience with me, and I incorporated some of his ideas into my own SkyShed.  When I dabble with solar system imaging myself I look to Darryl’s work as the “gold standard” for this line of astrophotography.

Some of Daryl's images... 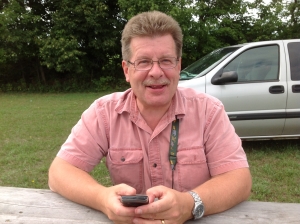 The Apollo 8 moon shot and a 60 mm Tasco refractor received at Christmas 1969 started Mike Renner on his astronomy journey.  He has since made more than 13 telescopes from 4.5″ – 16″ aperture.  Mike is a keen visual observer and I have spent nights under the stars chasing deep sky objects armed with a flashlight, an atlas and a home-made 16″ Dob.  He and his colleagues at New Age Robotics have machined a few parts for me shown below. Most important was the DEC extension shown here, which allowed my MI-250 mount to track for nearly 2 hours past the meridian.  Mike is also directly responsible for the image of the Helix Nebula that I acquired in 2009 at the Huronia Star Party, as it is his favourite deep sky object. 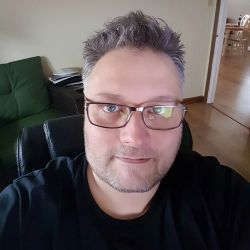 Shawn Nielsen is another local friend who has also had success with astroimaging. Some of his images have been featured in Sky and Telescope, Skynews magazines, BBC Sky at Night  and the best Canadian Astrophotographers calendar. He has a Youtube channel https://bit.ly/3BXWoaY and you can check out his website http://visibledark.ca. We collaborated on an image of Eta Carina (https://astrodoc.ca/ngc3372/) that was published in SkyNews. Shawn provides constructive criticism on my images, which helps me produce better images. Shawn did much of the design for my website, and has helped me maintain and improve it over the years. Thanks for your honest and helpful feedback, and for keeping the website running. 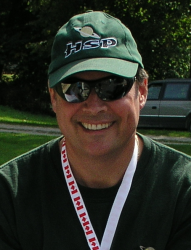 Gord Rife lives in Schomberg and is an expert telescope builder, visual observer and imager who has used just about every variety of equipment.  We met around 2003 when he was the de facto “in charge” guy at Huronia.  He and another friend, Brian Colville, were using a DSLR through Gord’s reflector to image the Pleiades.  I was absolutely blown away and spent hours picking his brain about the possibilities.  I have continued to consult Gord before just about every major astronomy equipment purchase.  We have spent many fine hours observing together under a dark sky.  We get together at Gord’s cottage near Gravenhurst for 2 or 3 new moon weekends each year, affectionately dubbed “Gordfest.”

Some of Gord's images... 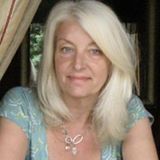 Gail Cornwell, my partner in love and life, is one of the most influential people in my astronomy journey.  Every time I talked about a new piece of equipment, she’d say “You’d better get it; you’re a long time dead,”  meaning live for now and follow your dream.  Gail orchestrated the building of the Dog House for my 50th birthday in 2009, a gift that completely transformed my experience of astronomy in general and astrophotography in particular.   She also gave me the nickname “ASTRODOC”, beginning with a license plate for my car!

Opposites definitely attract:   while I focus on outer space, Gail focuses on inner space.  See her website about the enigmatic Glastonbury Zodiac.  It talks about how the landscape around Glastonbury Tor, UK, mirrors the celestial zodiac. 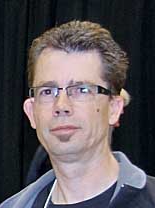 Gord Simpson is a long time visual observer and astroimager who lives in Brampton.  We met at the Huronia Star Party in 2009.  I won a Vixen Porta Mount as a door prize that year.  I had another (well used) one, and Gord needed one, so I gave it to him.  We have since become good friends.   He has helped diagnose and correct many mechanical and electrical issues with my mounts and telescopes over the years.  He also introduced me to PixInsight image processing software for deep sky images, which I now use exclusively.   Both of these contributions have had a huge influence on the quality of my images, as well as on my productivity.  We collaborated on the image of the Crab Nebula.

Alan Ward is a master mirror and lens maker.  I have known Alan since around 2007.  He (along with Eldon Philips, Peter Pekurar and Mike Renner) helped me make a 10″ f/6 mirror from scratch (don’t say scratch!).  I stay with Alan when I go to Sudbury for work a few times per year.   He has an amazing shop for grinding, testing and coating mirrors (up to 16″) and lenses (he’s talking about some crazy big lenses!).  The image shows Alan with his hand-made 6″ f/15 triplet apochromatic refractor.  I have looked through it a few times.  It has a beautiful, dark, wide field, displays pinpoint stars and moves beautifully on the mount.  I admire Alan’s passion for sharing his knowledge with others.

Images of Al in the lab and at the scope... 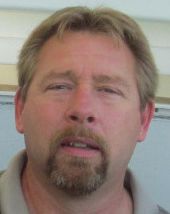 Brian Colville lives in Cambry, Ontario, with his family and three (yes that’s three) observatories, housing multiple scopes and cameras.  His planetary images have been published and have contributed to astronomy research, and he authored a chapter on solar imaging in the 1996 book “The Art and Science of CCD Astronomy.”  My favourites of Brian’s images are his amazing solar images, some of which are shown in the examples of his work below.  More are on Brian’s page on the Lunt website.  Brian and I met in 2003 at the Huronia Star Party, my first time star party ever.   I spent time with him and Gord Rife while they were imaging the Pleiades with a DSLR through Gord’s reflector.  My eyes were like saucers when I saw the image appear on the camera’s viewfinder.  I spent a couple of hours pulling all the information out of Brian and Gord that I could and  a few years later I began imaging myself.  I still enjoy talking shop with Brian at our regular get togethers at Gord Rife’s cottage near Gravenhurst.

Some of Brian's images...