Skip to content
Previous Next
M1, The Crab Nebula 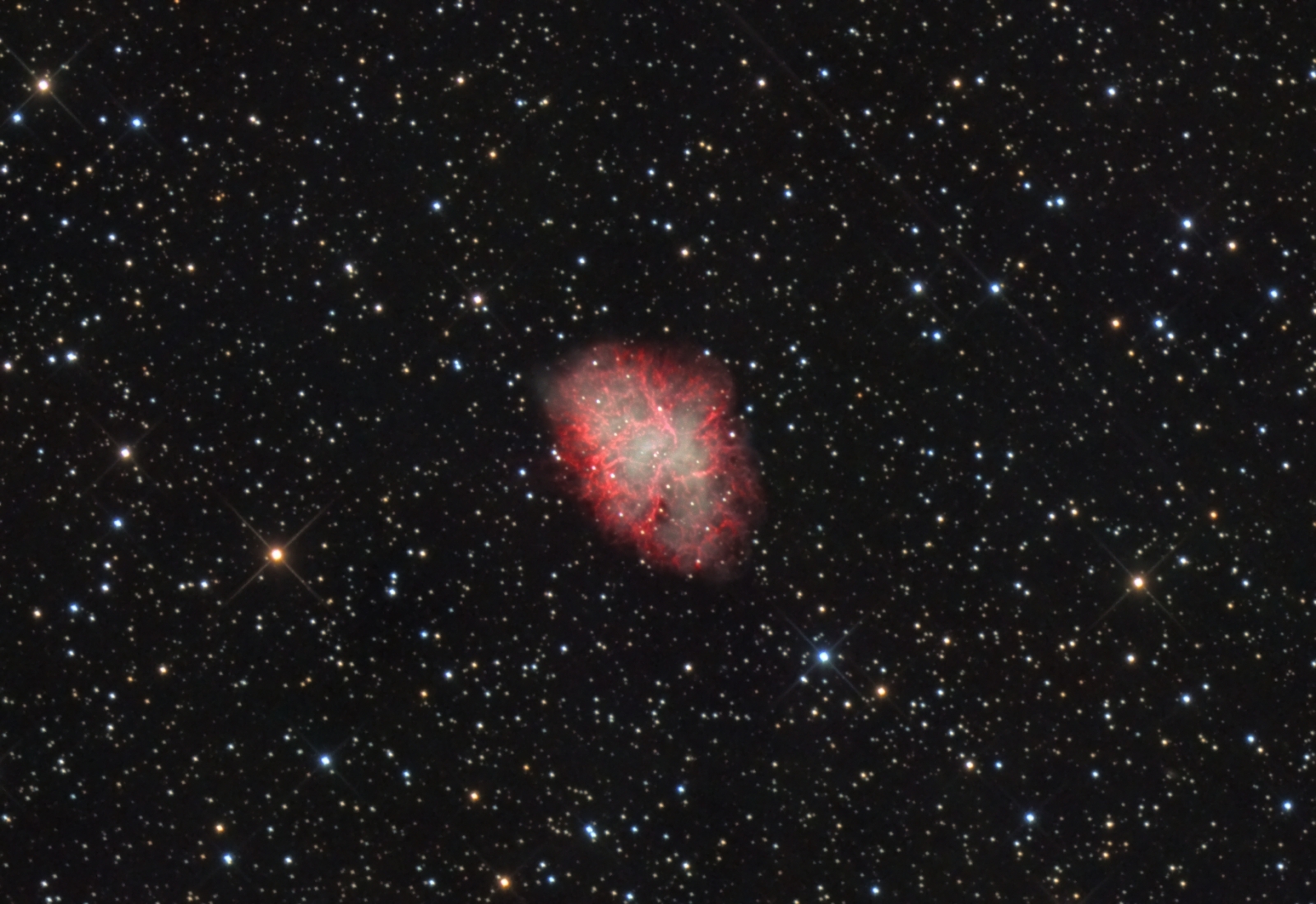 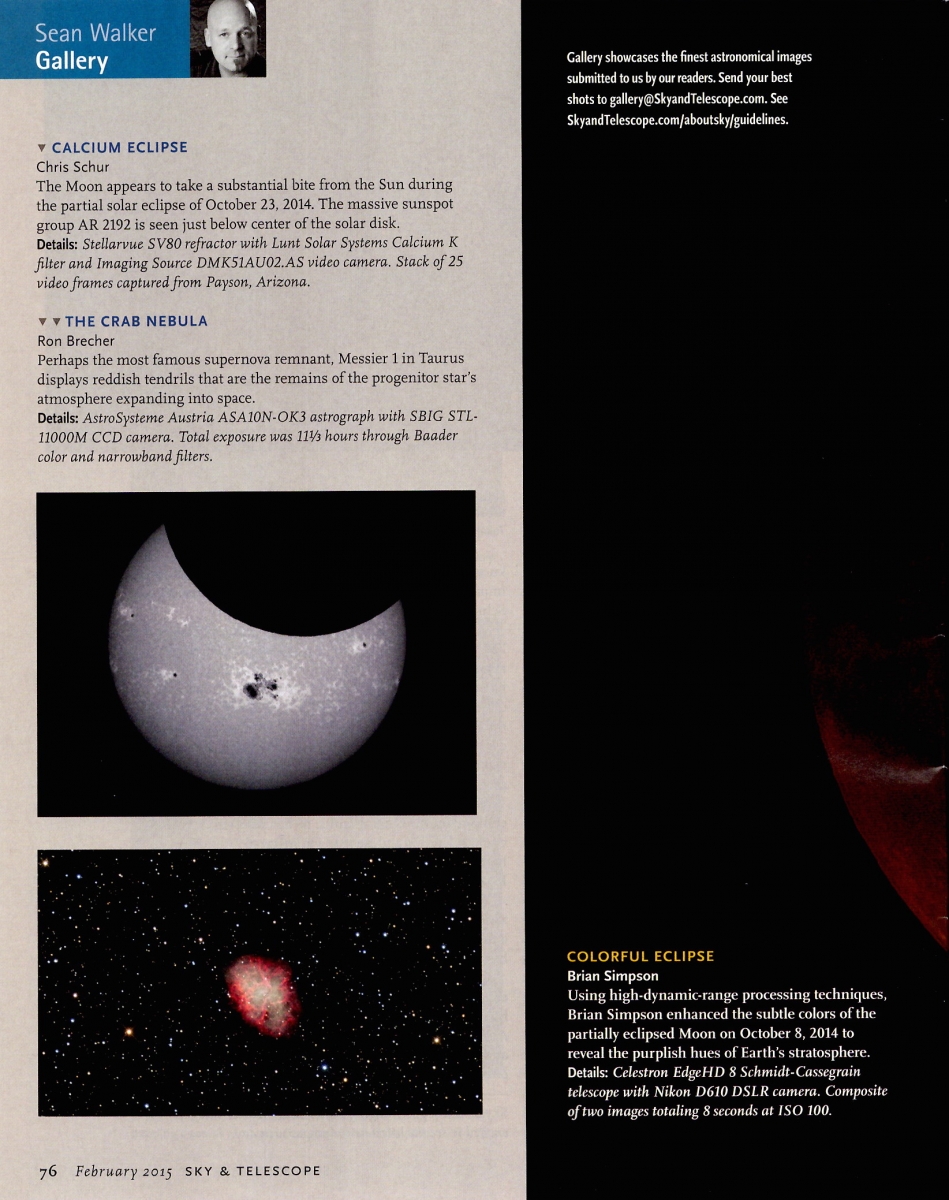 The Crab Nebula is a remnant of a supernova, or exploding star, lying about 6500 light years away in Taurus, the Bull.  The star that gave birth to M1 exploded in July 1054 AD, and was documented by people around the world.  It was visible during the day for 3 weeks.  The nebula is powered by the remnants of that explosion, a neutron star.  The tiny but massive star spins more than 30 times per second, and appears to emit pulses from gamma rays to, so is known as a pulsar.   It is the strongest persistent source of X-rays and gamma rays over 30 kEV.  There’s a good article about the Crab Nebula in the March 2011 issue of Astronomy magazines.  We are lucky to get to see it:  objects like this dissipate and fade slowly over time.

10″ ASA @ f/6.8 on a Paramount MX.  SBIG STL-11000 with Baader LRGB and Ha filters.  Guiding with SV-80 80 mm f/6 refractor and camera’s Remote Guide Head.  Acquisition with TheSkyX.  Focusing with FocusMax4.  Scripting using CCDCommander.   All pre-processing and processing in PixInsight.  No moon for LRGB, gibbous moon for H-alpha.  Transparency and seeing  average for R, G and B and Ha and excellent for L.  Acquired from my SkyShed in Guelph, ON.

The luminance of the HaRGB image was matched to the L image using LinearFit, and then combined back into the HaRGB image using ChannelCombine in the Lab colour space.  Then LRGBCombine was used to overlay the L onto the HaRGB.  A slight unsharp mask was applied to the centre of the nebula, and colour balance, brightness and saturation were adjusted.