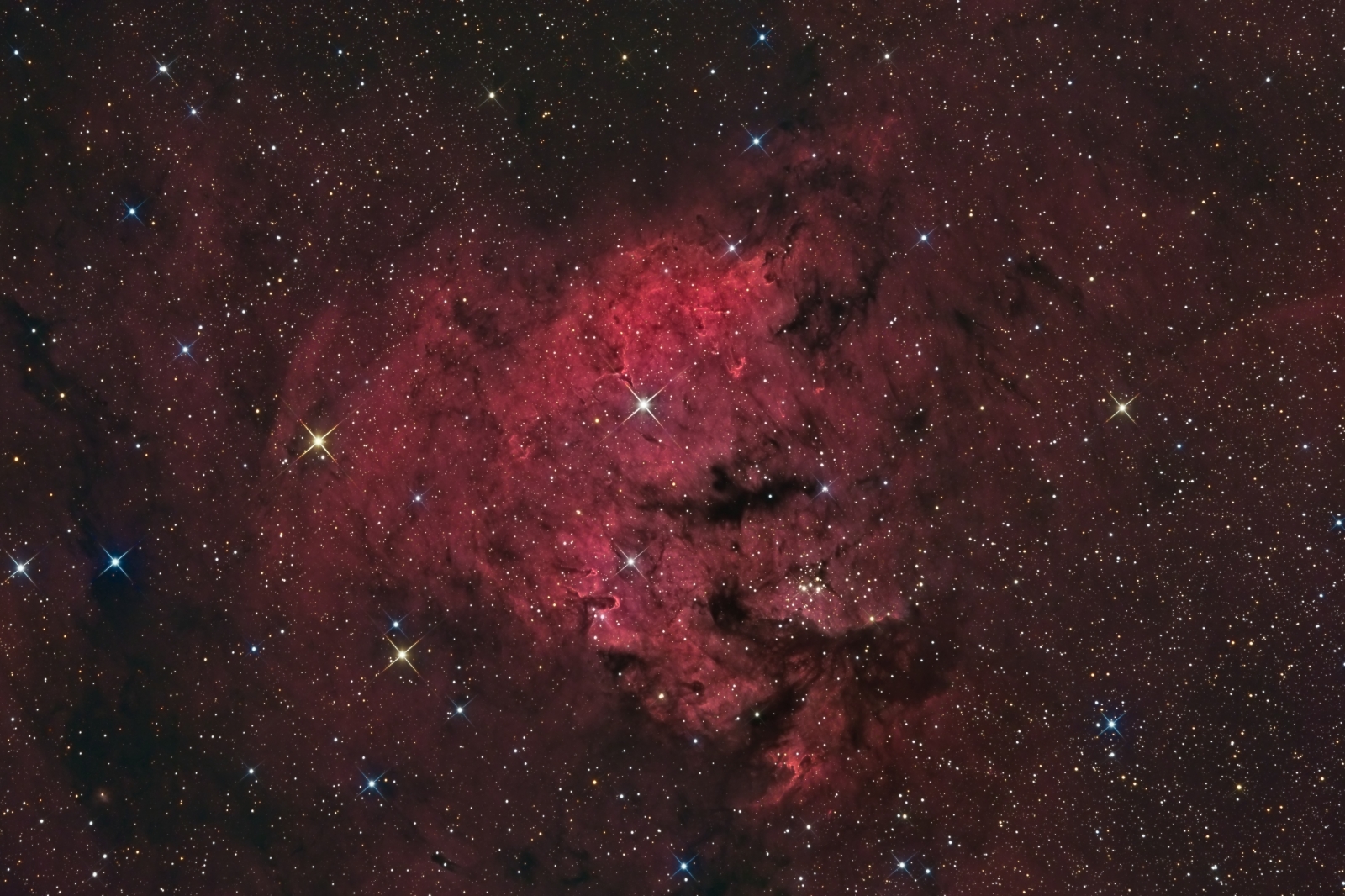 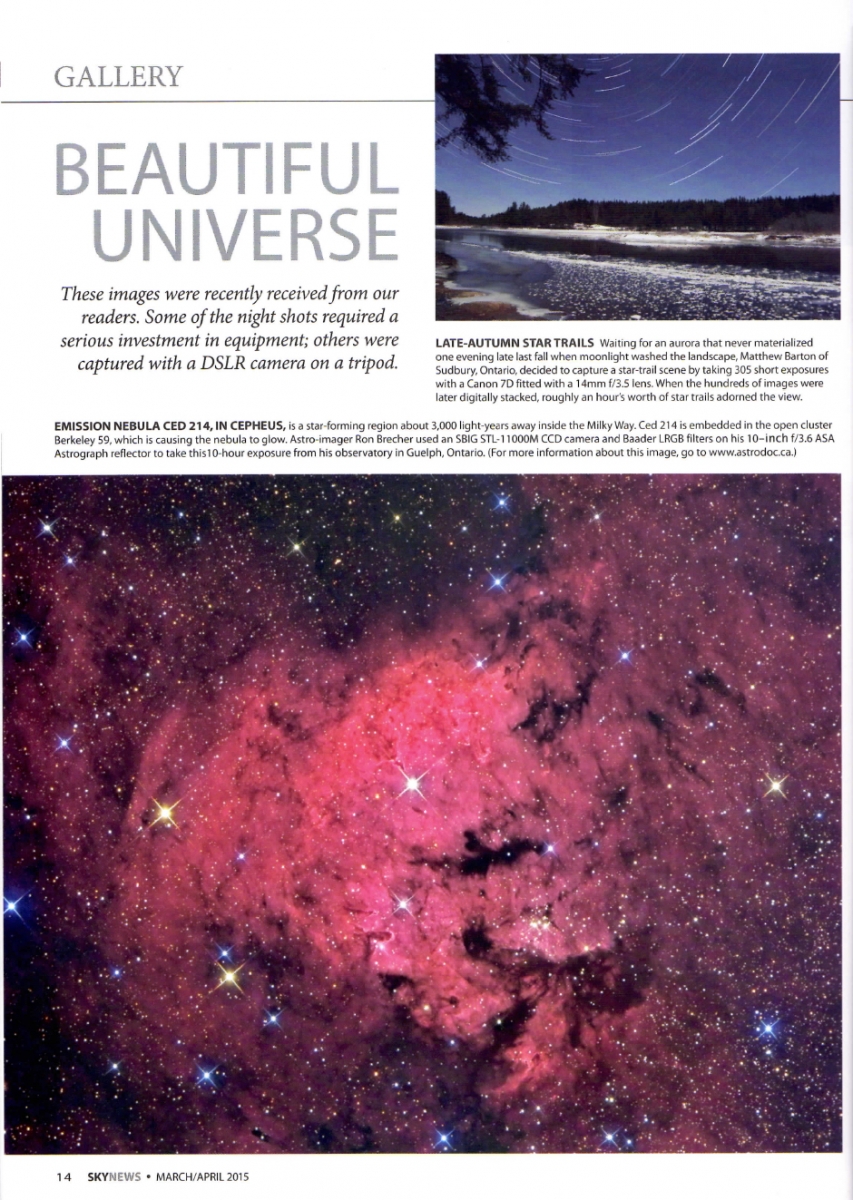 Ced stands for “Cederblad” and refers to a catalogue published by this person in 1946.  All its members are emission nebula located inside the Milky Way.  Ced214 is also catalogued as Sh2-171, in the Sharpless Catalogue.  Ced214 is around 2740 light years away in the constellation Cepheus.  Embedded in it is the open cluster Berkeley 59, which is causing the nebula to glow.  The nebula is an active star forming region, forming stars of relatively small mass.

The data for this image were acquired in September 2012, but it was processed in December 2014.

Final Processing
The DarkStructureEnhance script was applied (scale 8, 1 iteration, 0.4 strength).  LinearMultiscaleTransform was used to sharpen the first 3 wavelet layers in the brighter areas of the nebula.  Colour saturation and curves were adjusted slightly.