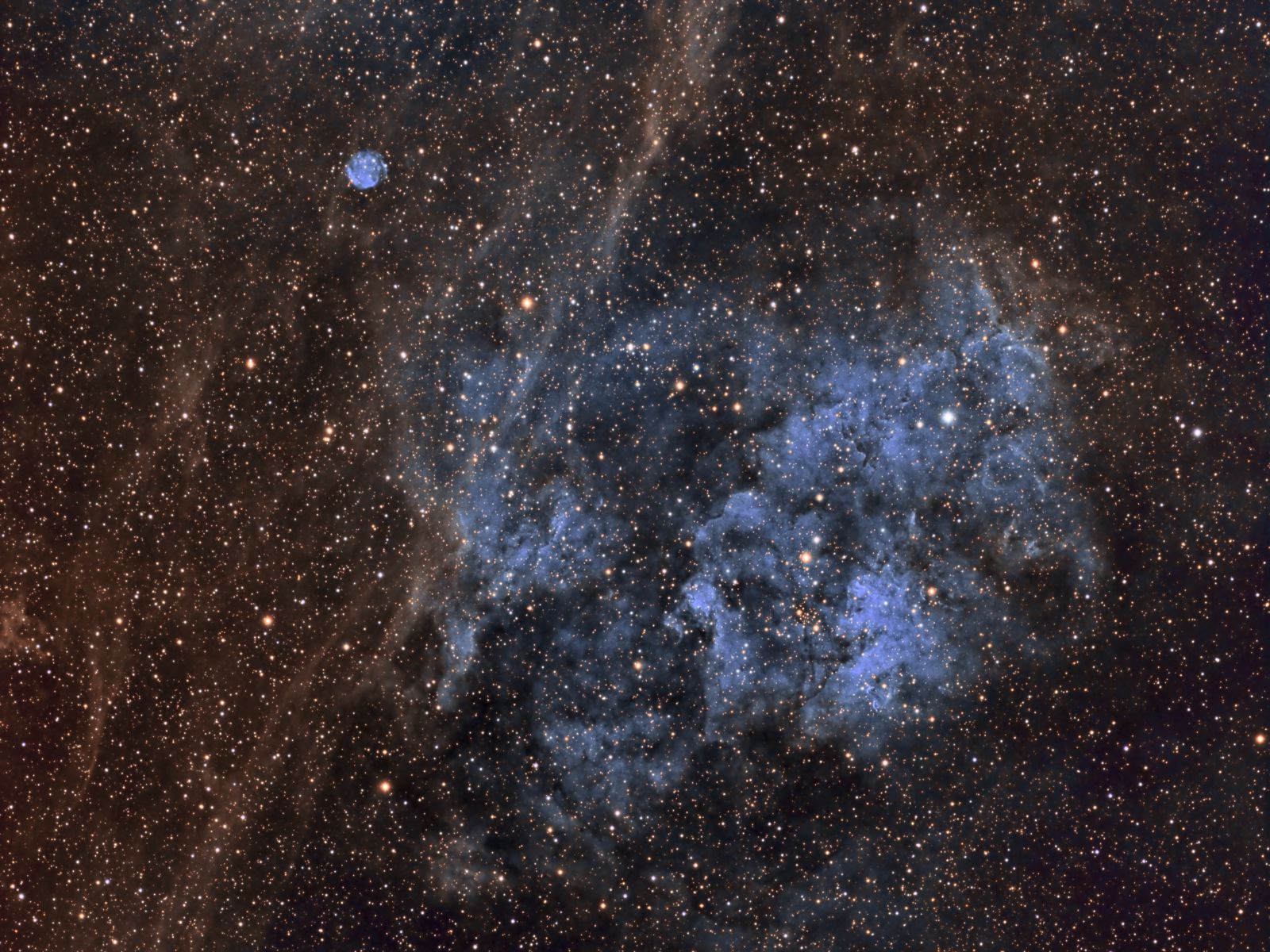 Sh2-115 dominates the centre and right half of the image, with round Sh2-116 at upper left. Both are members of the Sharpless catalogue of nebulae and lie in northern Cygnus, not far from the famous North America nebula.  They lie about 7500 light years away.  The main nebula, which shows blue in this image, is powered by the stars in the open cluster Berkeley 90, which is slightly to the lower right of centre. 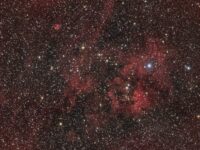 The image above was acquired with narrowband filters that permit only a few specific wavelengths to pass through to the camera’s sensor. The light from the three filters is combined assigning sulfur to red, hydrogen to green and oxygen to blue, the so-called “Hubble palette.” The photo at left was made using the same hydrogen-alpha data, along with luminance and broadband colour data to make a more traditional natural-colour image of this object. Click on it to see its web post.

Data Reduction and Cleanup
The WeightedBatchPreProcessing script was used to perform calibration, cosmetic correction, registration and integration of all frames. DynamicCrop was used to crop all the masters identically. DynamicBackgroundExtraction was applied to each master using Subtraction.

Chrominance
Creation and cleanup:  The S2, Ha and O3 were combined to make an RGB image. BackgroundNeutralization was applied to the image.

Luminance
Creation of Synthetic Luminance:  PixelMath was used to create a synthetic luminance using  the expression max(max(Ha,S2),O3).  The double “max” is not a typo.

Additional Processing
Nonlinear Noise Reduction: TGVDenoise was used in L*a*b* mode to reduce noise with a mask used to mainly target the background areas and protect the stars(max. 1000 iterations and convergence selected for both luminance and chrominance).

Hue Adjustment: The ColorMask script was used to  create a mask to select green regions.  The green was transformed towards blue and yellows towards red using the Hue adjustment of CurvesTransformation. SCNR was then applied without the mask.