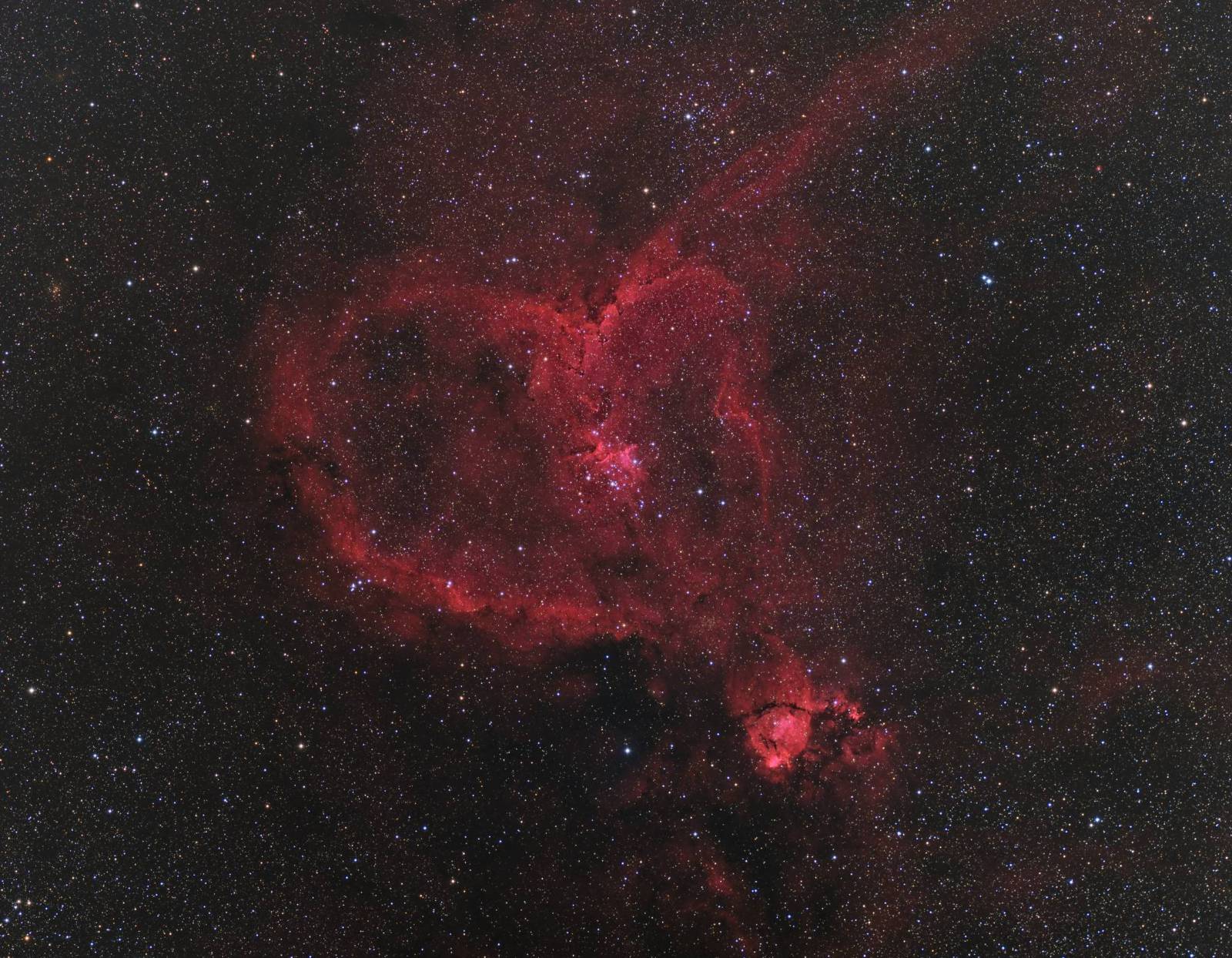 The Heart Nebula is a large complex cloud of glowing gas in Cassiopeia. It is catalogued as IC1805 and Sh2-190. The so-called Fishhead Nebula (IC1795 or NGC896) is at lower right. The Heart Nebula lies near the Soul Nebula (IC1848). Both are located about 7,500 light years away and are located in the Perseus arm of the Milky Way Galaxy. There are also several galaxies in this field, the most obvious of which is near the left edge, about a third of the way down. 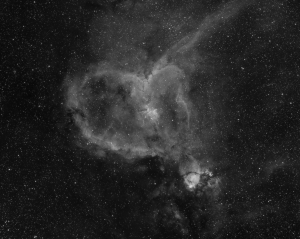 The colour image above blends the red, green and blue channels with data collected through a deep red H-alpha filter that lets in just the light emitted by hydrogen atoms. The black and white image at right shows the H-alpha data alone; click on the image to see it full size. The eye is better at picking out detail in black and white images than colour images. The stars are smaller in the Ha version because most starlight is emitted at wavelengths other than H-alpha. The colour and mono versions complement each other, and I hope you enjoy them both.

NB-RGB Creation
Creation and cleanup:  Drizzle integration was used to make R, G, B and Ha masters, which were cropped and processed separately with DBE. R, G and B were combined to make an RGB image which was processed with BackgroundNeutralization. ColorCalibration was applied. The NBRGBCombination script was run with default settings using Ha for red narrowband. ColorCalibration was applied a second time.

Additional Processing
Contrast Enhancement: The contrast was boosted in brighter areas of the nebula with 2 passes of LocalHistogramEqualization (scale 52 and 124, strength 0.33, max contrast 1.5) using a mask to protect background and stars.

Final Steps: MultiscaleLinearTransform was used to sharpen the structures in the bright parts of the nebula (layers 2-4 at 0.05). Background, nebula and star brightness, contrast and saturation were adjusted in several iterations using Curves with masks as required. SCNR was applied. The DarkStructureEnhance script was applied with a strength of 0.2.