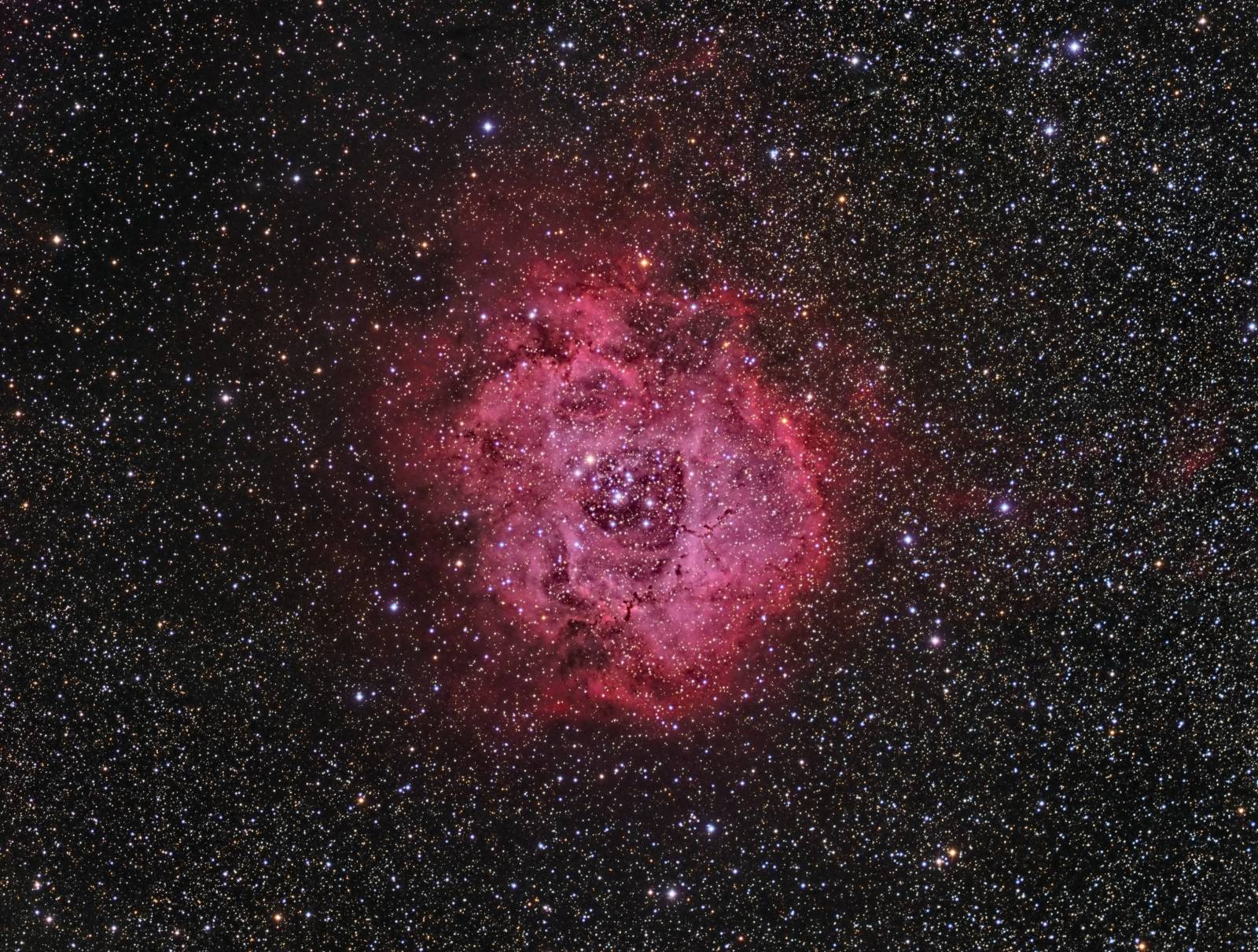 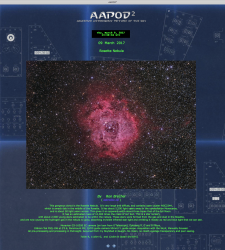 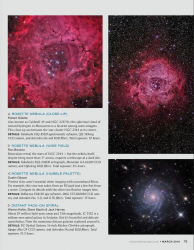 This gorgeous donut is the Rosette Nebula.  It’s very large and diffuse, and contains open cluster NGC2244, which is smack dab in the middle of the Rosette. It lies about 5,200 light years away in the constellation Monoceros, and is about 50 light years across. This gives it an apparent width about three times that of the full Moon.  It has an estimated mass of 10,000 times the mass of our Sun. This is a star nursery, with about 2,500 young stars estimated to be within the nebula. These stars were formed from the gas and dust in the Rosette, and are now causing the hydrogen gas in the nebula to glow, absorbing invisible infrared star light and emitting it mostly as red and blue light that we can see.

The last time I shot this object was in January 2012 – it was one of the first light images with a then-new camera and different scope. Interesting comparison!

Additional Processing
Final Steps: LocalHistogramEqualization was applied twice (scale 50, strength 0.33, max contrast 1.5 and scale 124, strength 0.35, max contrast 1.5) using a mask to protect stars and background. This was followed by MultiscaleLinearTransform (layers 2-4 at 0.05) with the same mask to sharpen the structures in the nebula. Background, nebula and star brightness, contrast and saturation were adjusted in several iterations using Curves with masks as required. MorphologicalTransformation was applied to the large and medium sized stars to shrink them slightly.