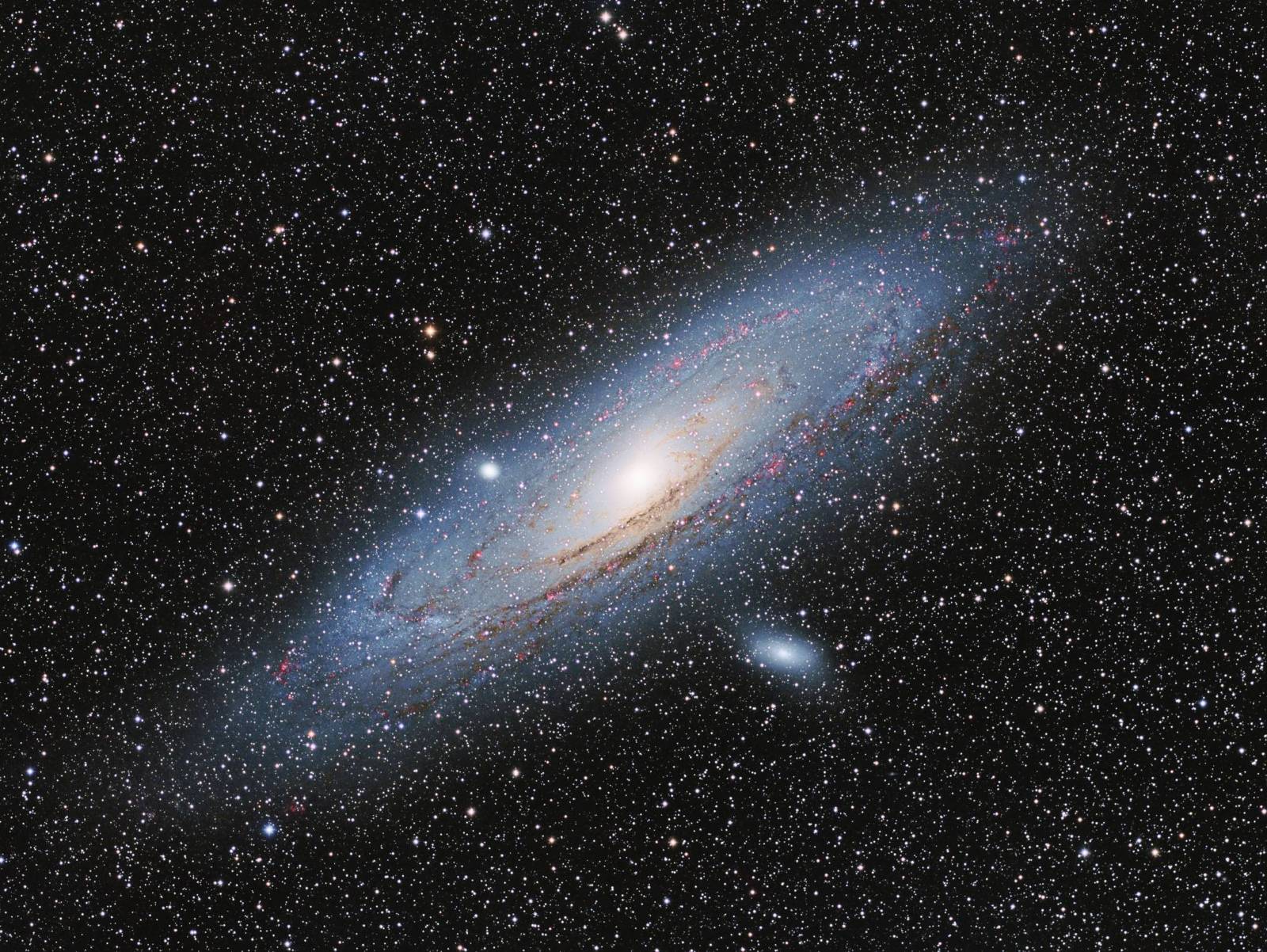 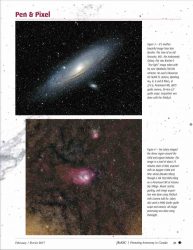 This image shows the iconic Andromeda galaxy. Most people are familiar with it – Apple even has a desktop background that features it. It’s visible to the naked eye from my house at this time of year, and is a delight in binoculars, small and large telescopes and in images.  I first imaged Andromeda with a 1-shot colour camera in 2009 during the Huronia Star Party, and again in 2014, but this new shot shows much more depth, detail and colour.

The Andromeda Galaxy is thought to be quite similar to our own Milky Way galaxy.  The two are the largest galaxies of the cluster we are in, known as The Local Group.  It lies about 2.5 million light years from us — pretty close.  In fact, Andromeda and the Milky Way will eventually merge.  This shot shows star clusters, nebula and dust lanes in the Andromeda galaxy.  The galaxy’s tips extend almost right into the corners of this image, has a diagonal of about 4 degrees across  (about 8 moon widths).  The galaxy to the lower right of M31 is M110.  This shot shows some dark features in M110. The galaxy on the left edge of Andromeda is M32, another satellite galaxy.  Andromeda is thought to contain about a trillion stars.  Wow.

Whenever I look at this galaxy — which is often with my naked eye — I think of the light reaching my eye having begun its journey before humans evolved on earth. Pretty cool.

NB-RGB Creation
Creation and cleanup:  Drizzle integration was used to make R, G, B and Ha masters, which were cropped and processed separately with DBE. R, G and B were combined to make an RGB image which was processed with BackgroundNeutralization. ColorCalibration was applied using the cores of the three galaxies as the white reference. The NBRGBCombination script was run with default settings using Ha for red narrowband.

Dynamic Range Compression: HDRMultiscaleTransform was applied at 6 and 4 pixel scales using a mask to protect the stars, and the internal masking to protect background.

Additional Processing
Final Steps: MultiscaleLinearTransform was used to sharpen the structures in the galaxy (layers 2-4 at 0.05). Background, galaxy and star brightness, contrast and saturation were adjusted in several iterations using Curves with masks as required. SCNR was applied at 70%. Image scale is about 1.6 arcsec per pixel for this camera / telescope combination with Drizzle processing.