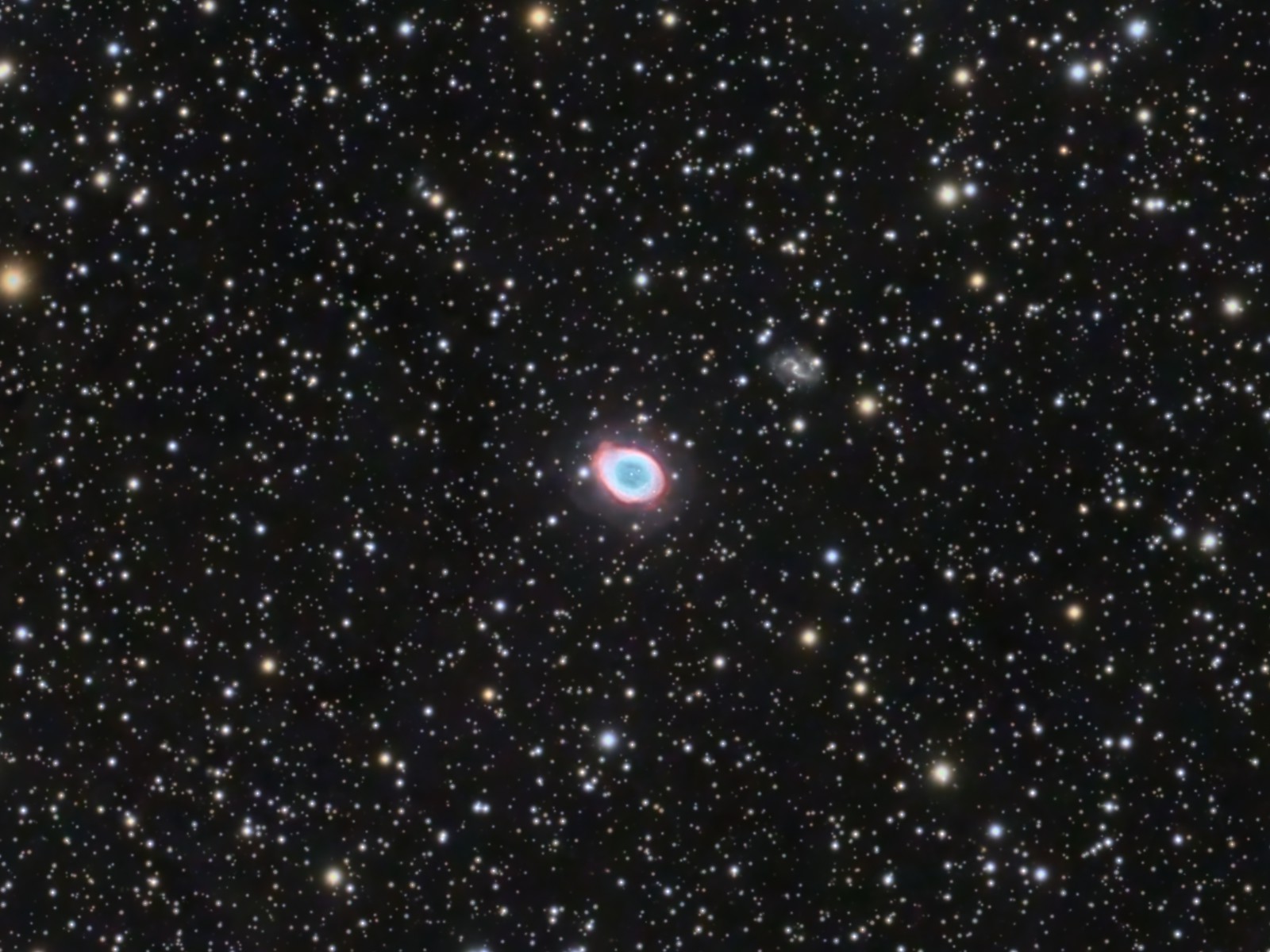 M57, the Ring Nebula, is one of the first things I looked at visually when I became interested in astronomy. It looked like a cosmic smoke ring in my first decent scope, an 8″ Schmidt-Cassegrain. There are two stars inside the ring that I have seen distinctly only once using my 20″ reflector, and indistinctly just a few times. And yet the brightest part of the ring makes it pretty easy in binoculars (except that it’s small). So bottom line is it’s good with just about any kind of optical aid.  Images capture the pretty colours of the nebula and the surrounding stars, and deep images like this one can capture the faint ruffled outer shell. If you have binoculars or a scope, this object is well placed in the evening just after dark, high in the northeast, smack-dab between two bright stars in Lyra. One of these stars is Sheliak, which will be familiar to Star Trek Buffs. See http://en.memory-alpha.org/wiki/Sheliak to find out more about the brutish Sheliak people and their home world.

You can’t help but notice the pretty galaxy to the upper right of M57. It’s known as IC 1296, and lies 235 million light years away, far in the background in this image. 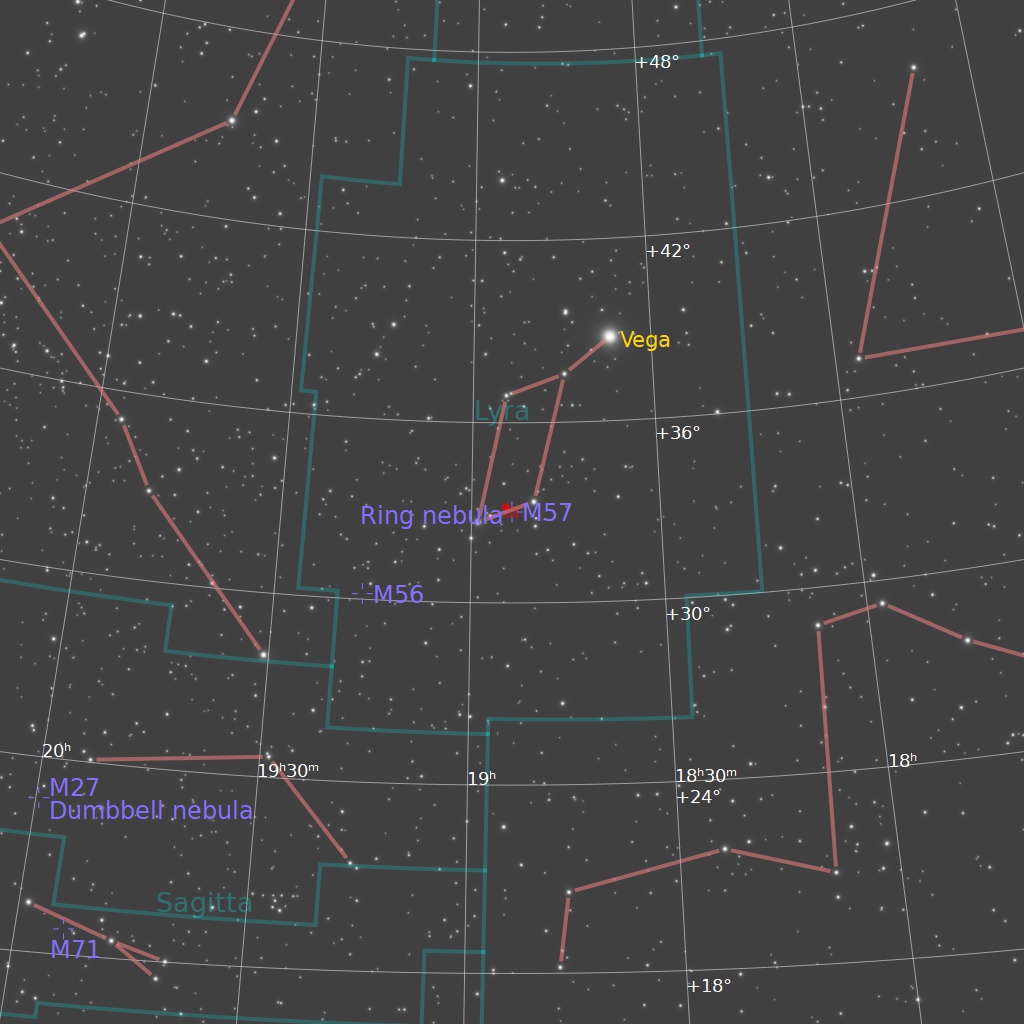 Luminance
Deconvolution:  A star mask was made from the Luminance master to use as a Local Deringing Support Image. The GAME script was used to make a mask selecting only NGC 5033 and 5005 for deconvolution. Deconvolution was applied (50 iterations, regularized Richardson-Lucy, ParametricPSF mode with default settings; Global dark deringing = 0.02; Global bright deringing 0.007).