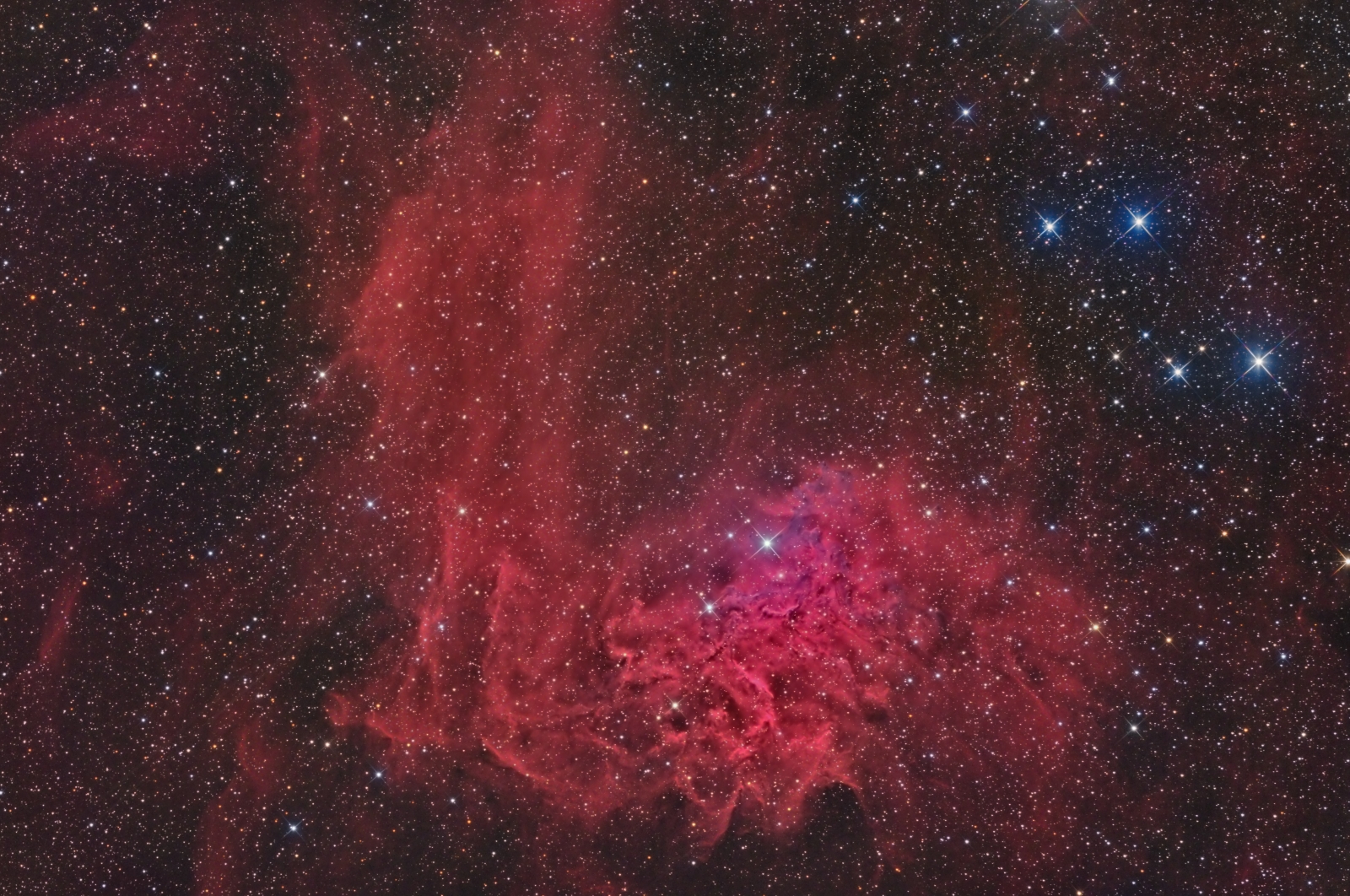 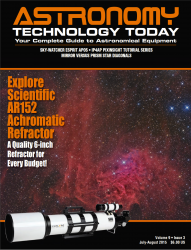 IC405 is known as the “Flaming Star Nebula.”  It is about 1,500 light years away in the constellation Auriga and is about 2.5 light years across.  The variable star AE Aurigae is the brightest star in the bright part of the nebula, and is emitting the energy that is causing the surrounding gas to glow.  Most of the nebula is dominated by the red glow of hydrogen gas, and there is a blue reflection nebula patch near its “core.”  This particular wavelength of red is known as “Hydrogen Alpha” or “H-alpha”, and my Ha filter lets only that wavelength pass through to the camera.  I used this deep red filter in making the colour image, as well as to make a black-and-white image of IC405.

Final Processing:
HDRMultiscaleTransform was applied at scales of 6 and 4 using a star mask to protect cores of bright stars.  TGVDenoise was applied.  LocalHistogramEqualization was applied to the nebula only.