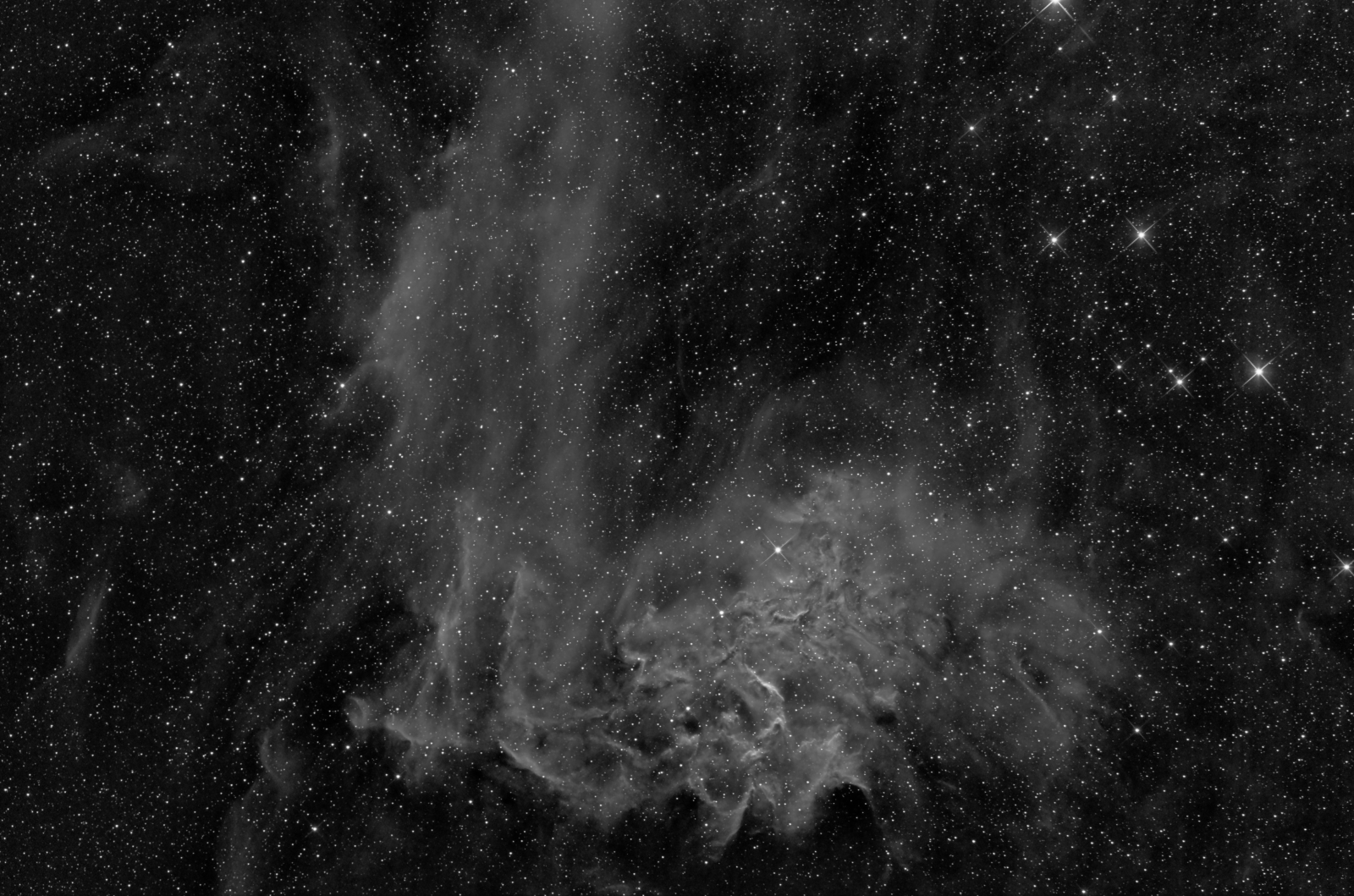 IC405 is known as the “Flaming Star Nebula.”  Most of the nebula is dominated by the red light of glowing hydrogen gas.  This particular wavelength of red is known as “Hydrogen Alpha” or “H-alpha”, and lets only that wavelength pass through to the camera.  I used this filter to shoot this image of IC405.   Nothing matches the black and white Ha image for ability to reveal detail, especially in the faint outer reaches of the nebula.  But I love the colour version for the colour of the stars and the deep red of the nebula.

IC405 is about 1500 light years away and about 2.5 light years across.  The variable star AE Aurigae is the brightest star in the bright part of the nebula, and is emitting the energy that is causing the surrounding gas to glow.
Tekkies:
SBIG STL-11000M camera, Baader H-alpha filter, 10″ f/3.6 ASA astrograph, MI-250 mount.  Guided with STL-11000’s internal guider. Acquistion, guiding, calibration, registration and integration all done using Maxim-DL.  All other processing in PixInsight.  Shot from my SkyShed in Guelph, Ontario. Little moon.  Below average transparency and average seeing.16x20m Ha for a total of 5 hr 20m.

The Ha file produced in MaximDL was cleaned up in PixInsight with DynamicBackgroundExtraction followed by  deconvolution, histogram stretch, Wavelets (6 pixel scale), SCNR, ACDNR (small scale), stretch, curve.  Image scale is about 2 arcsec per pixel for this camera / telescope combination.