Skip to content
Previous Next
M101, The Pinwheel Galaxy 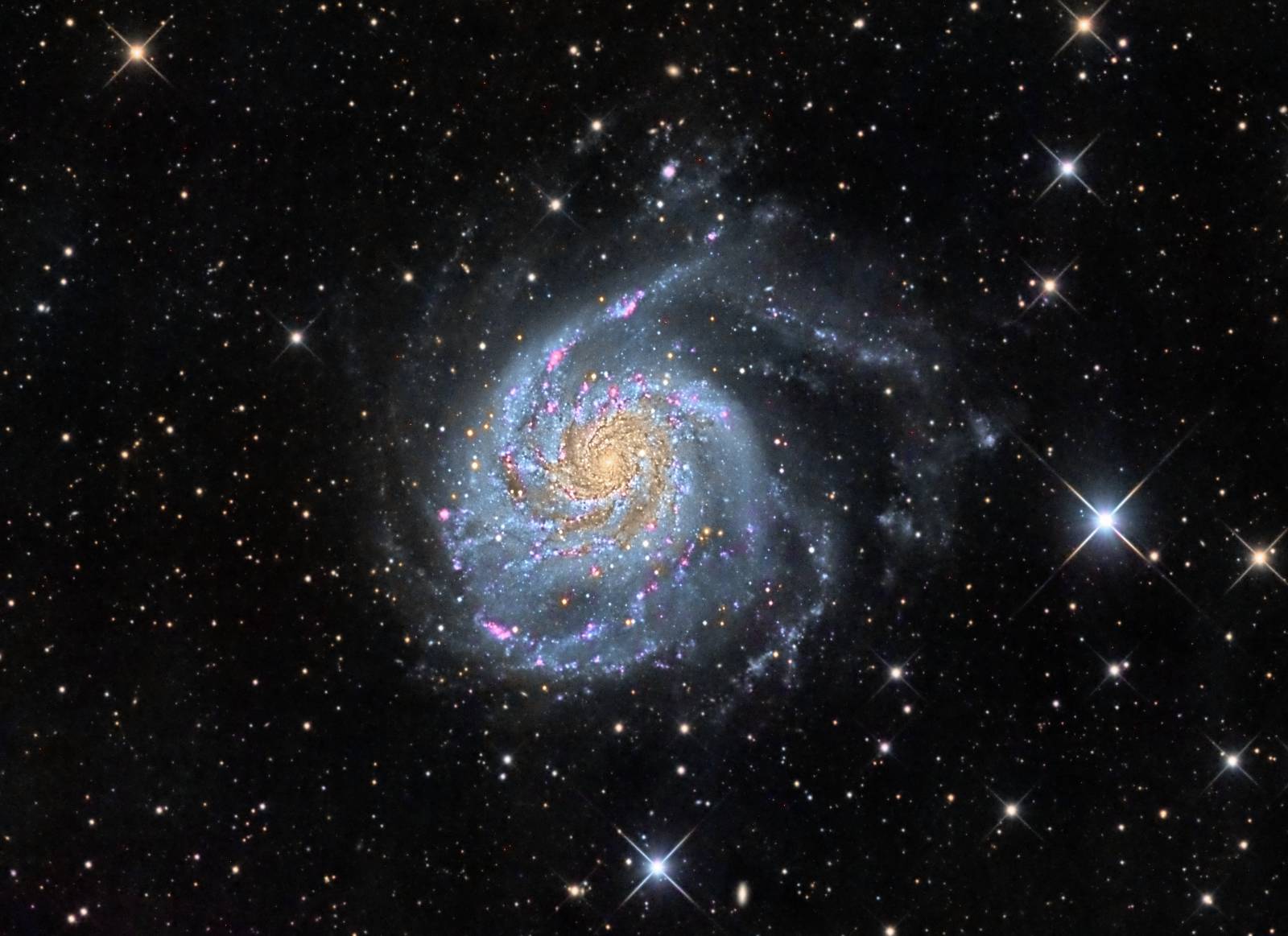 This galaxy is the 101st entry in Messier’s catalogue, M101, but is commonly referred to as the Pinwheel Galaxy. It is close to the handle of the Big Dipper. I have always found this a particularly difficult target to image well. As a result, I spent nearly three months in 2014 capturing more than 41 hours of data for this image! That makes it my deepest exposure ever.

M101 is large — much bigger than our own Milky Way galaxy — and relatively close (22 million light years or so). The asymmetry in M101 is thought to be due to a near-collision with another galaxy a long time ago. This probably triggered extensive star formation, showing up as bright blue clusters within the spiral arms. The pink structures are nebulae, similar to the Orion nebula in our own Milky Way galaxy. Dozens of other galaxies that lie far in the background are spread throughout this image.

NB-RGB Creation
Creation and cleanup:  R, G, B, Ha and L masters were cropped and processed separately with DBE. R, G and B were combined to make an RGB image which was processed with ColorCalibration. The NBRGBCombination script was run with default settings using Ha for red narrowband. A stretched copy of the Ha channel was used as a mask to blend HaRGB into the original RGB only where the nebula were (this helped preserve the hue of the galaxy.)

Sharpening: The bright parts of the galaxy were sharpened using MultiscaleLinearTransform followed by UnsharpMask.

Final Steps: Background, galaxy and star brightness, contrast and saturation were adjusted in several iterations using Curves with masks as required. A few “hot” pixels were removed with the CloneStamp tool.

Image scale is 1.1 arcsec per pixel for this camera / telescope combination. 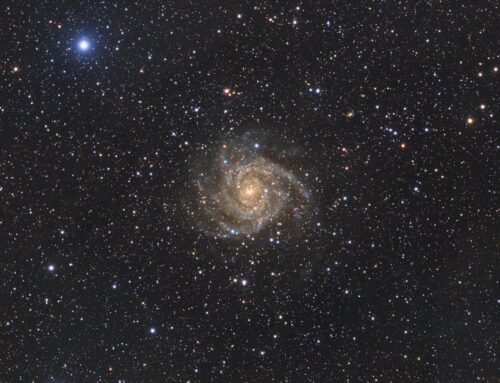 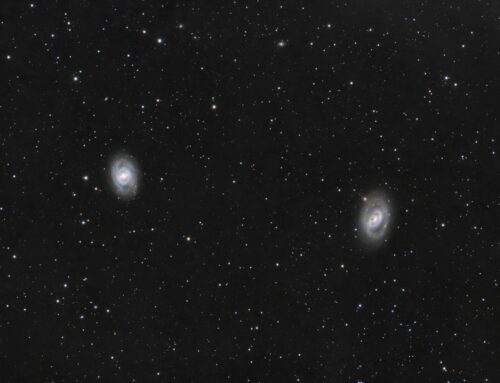 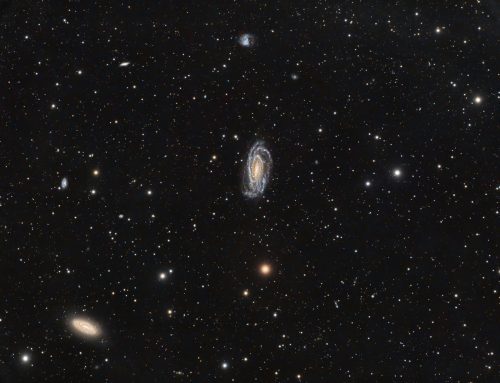 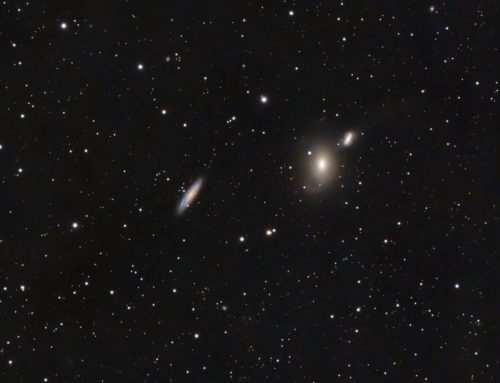