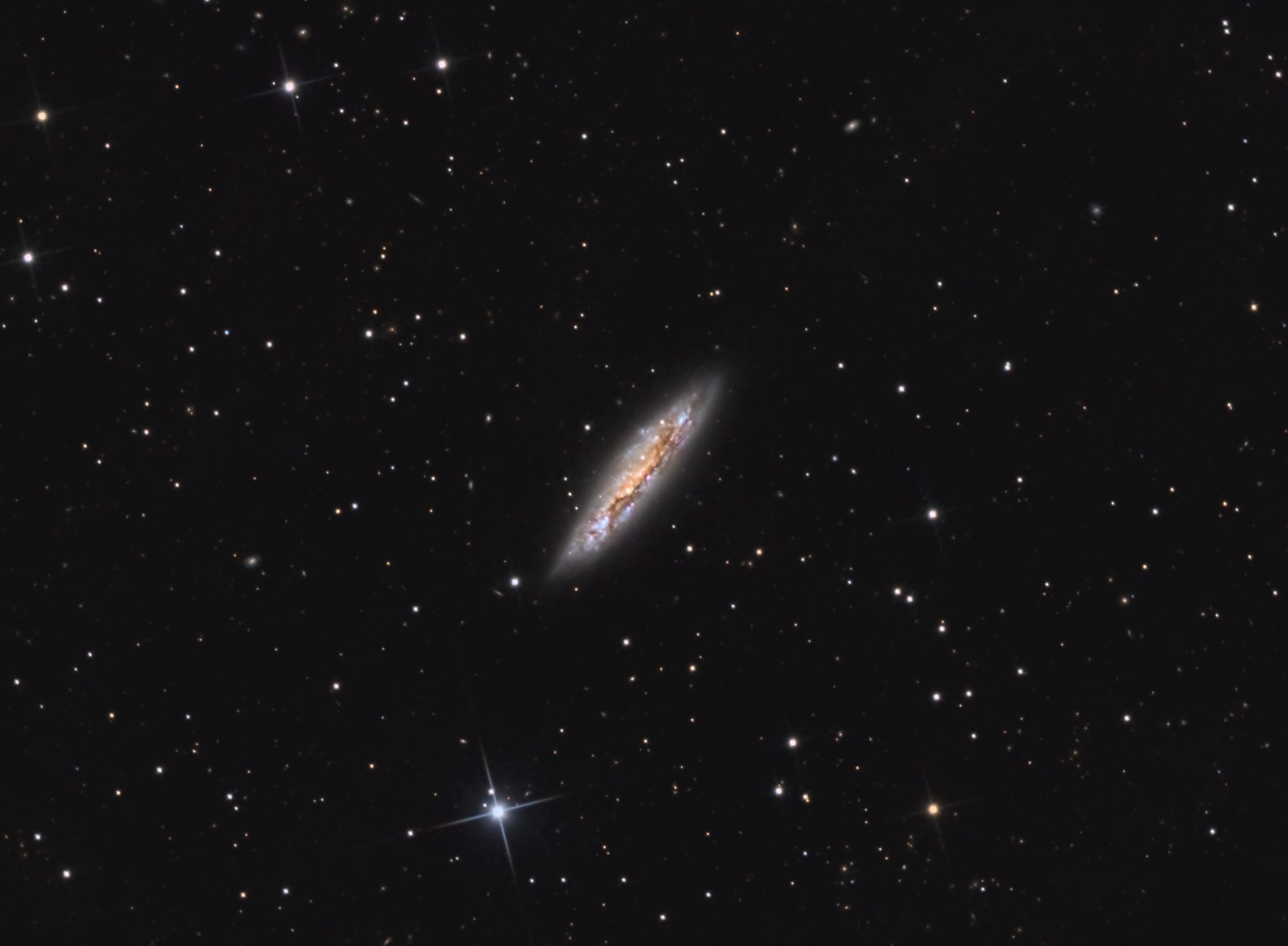 M108 is a barred spiral galaxy in Ursa Major, near Merak, the lower-right star of the Big Dipper’s bowl. It lies about 46 million light years away. M108 belongs to the Ursa Major galaxy cluster, which in turn is a member of the Virgo Supercluster of galaxies. This image includes dozens of galaxies that lie much further away than M108.  Look for streaks and smudges that look different from the sharper stars.

This very active galaxy displays the full range of colours found in some spiral galaxies, including pink nebula, blue star clusters, a yellow/orange core and many dark brown dust lanes throughout. The super-massive black hole at the centre of M108 has a mass about 24 million times the Sun’s.

I processed this image data previously, but much prefer the current result. The colours in the current version seem more natural to me and the faint, extended parts of the galaxy are better revealed in the current image.

Data Reduction and Cleanup
The BatchPreProcessing script was used to calibrate, cosmetically correct and register all subframes. ImageIntegration was used to make the L, R, G and B masters. DynamicCrop was used to crop all the masters identically. DynamicBackgroundExtraction was applied to each master in Subtraction mode.

Deconvolution:  A star mask was made to use as a Local Deringing Support Image. A copy of the image was stretched to use as a deconvolution mask. Deconvolution was applied (40 iterations, regularized Richardson-Lucy, external PSF made using the PSFImage script; Global dark deringing = 0.03).

Sharpening: MultiscaleLinearTransform was used to sharpen Layers 2 and 3 with strengths of 0.15 and 0.08, respectively. A mask was used to select only the brightest features of the galaxy for sharpening.