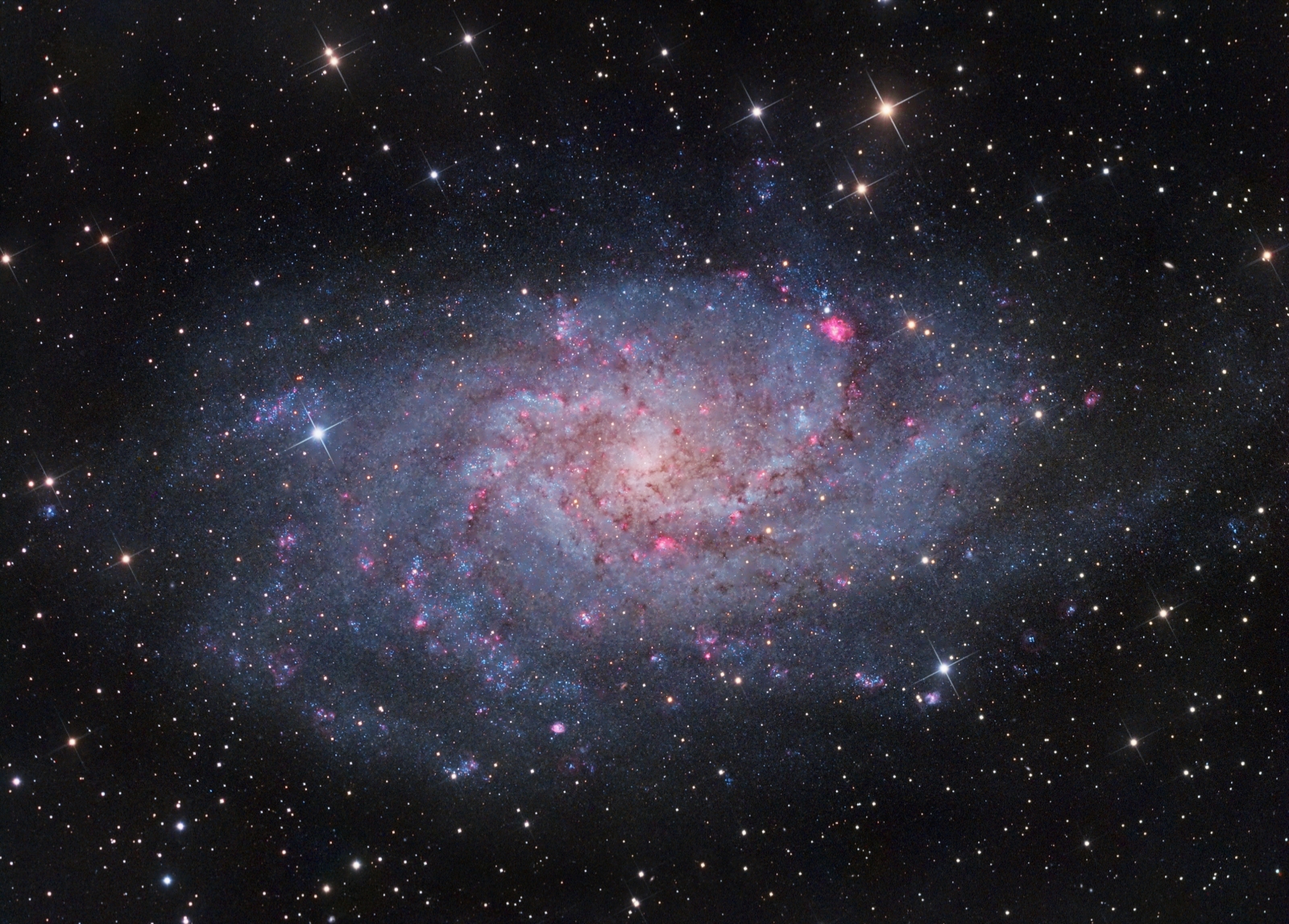 Terry Hancock and I collaborated to make this image.  Terry acquired all the colour and H-alpha data and I collected the luminance data. Each of us produced several versions of the image, which were then blended to produce this result.

Terry and I each produced several versions of the image using our typical workflows, me using PixInsight and Terry using Photoshop. These images were blended to produce the final result. Resolution is approximately 1 arcsecond per pixel.