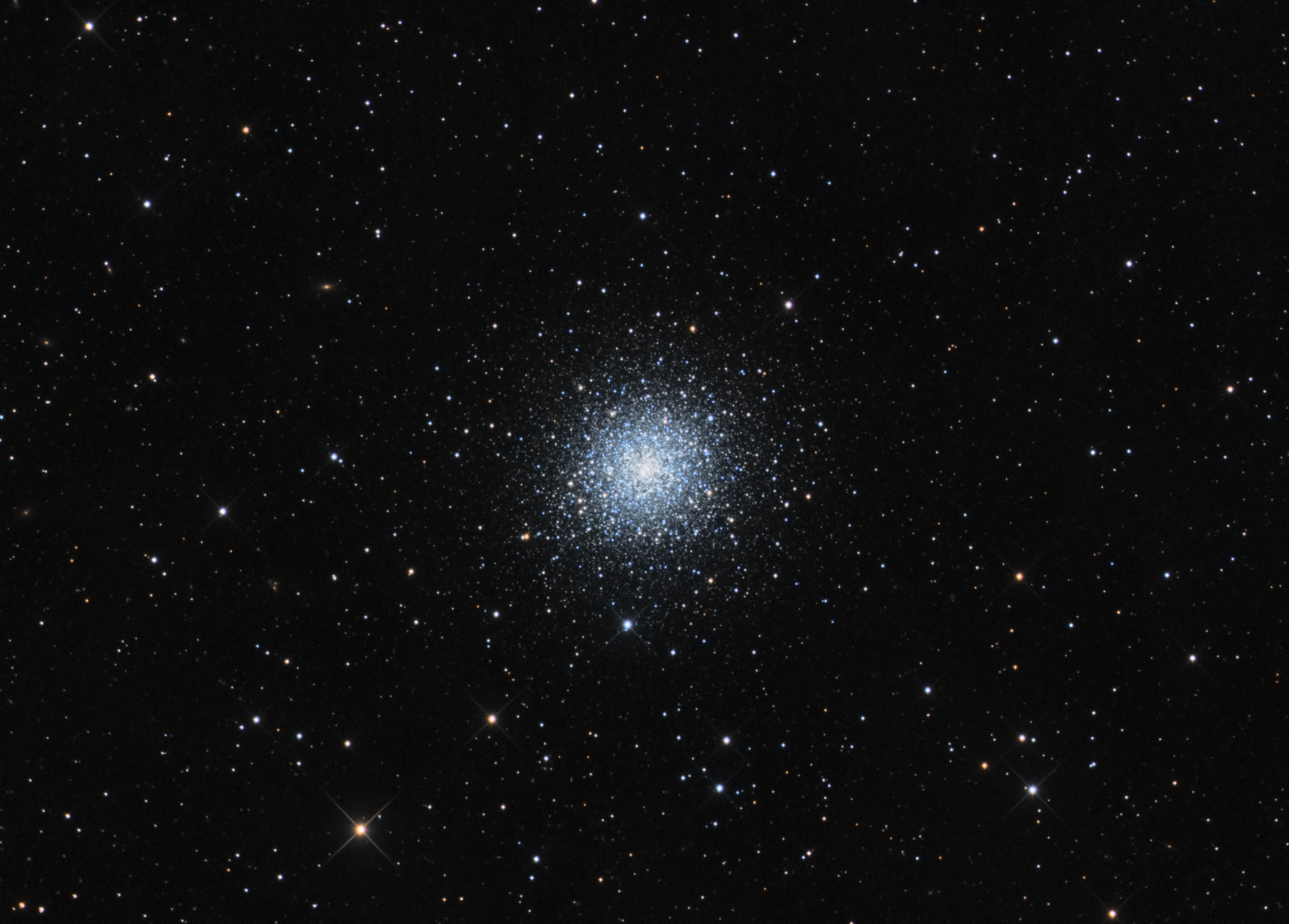 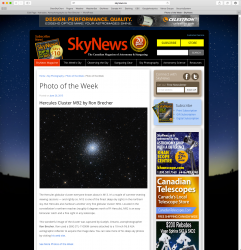 While flipping through my atlases and images trying to decide on my next target, I came upon M92, a bright globular cluster in Hercules, not far from more famous M13.  A 2010 image of M92 taken with a one-shot colour camera and a refractor was one of the first images I ever had published.  But I have not shot it since getting my mono camera and ASA astrograph.

Even in a very dark sky, most stars seem pretty bland to the naked eye as far as colour is concerned.  There are some exceptions, like orange-red Betelgeuse, reddish Antares, and yellow Arcturus, but most look white.  However, all stars have colour, which is related to their temperature.  The coolest stars are red, with hotter stars being orange, yellow and white. Blue stars are the hottest of all.  M92 contains hundreds of thousands of stars, and many are blue. Also have a look around the image for the many galaxies scattered around this field.

This gem is a beauty visually through a telescope, but it often gets ignored because it lies so near the bigger and brighter M13. The Great Hercules cluster may be impressive (it really is), but I’ll take M92 any day.  Several astrobuds and I had a good look at M92 last Friday night through my 20″ reflector.  Even through the big scope I see virtually no colour in this object.  But WOW is it ever pretty.  It looks like someone spilled diamond dust on a black table cloth.

RGB:
Creation and cleanup: R, G and B masters were cropped and DBE was applied to each before combining to make an RGB image.  ColourCalibration was applied.

HDRWaveletTransform was applied at a scale of 6 to a copy of the image, and blended 90:10 with the original.

Stretching: HistogramTransformation was applied to make a pleasing yet bright image.  HDRWaveletTransform was applied at a scale of 6 to a copy of the image, and blended 90:10 with the original. TGV Noise was applied and the image was re-stretched to reset the black point.

Combining SynthL with RGB:
LRGBCombination was then used to apply the Luminance to the RGB, making a SynthLRGB image.

Final Processing
Colour saturation of the stars was increased.  A range mask was used to apply a brightness and saturation boost only to the core of the globular cluster.