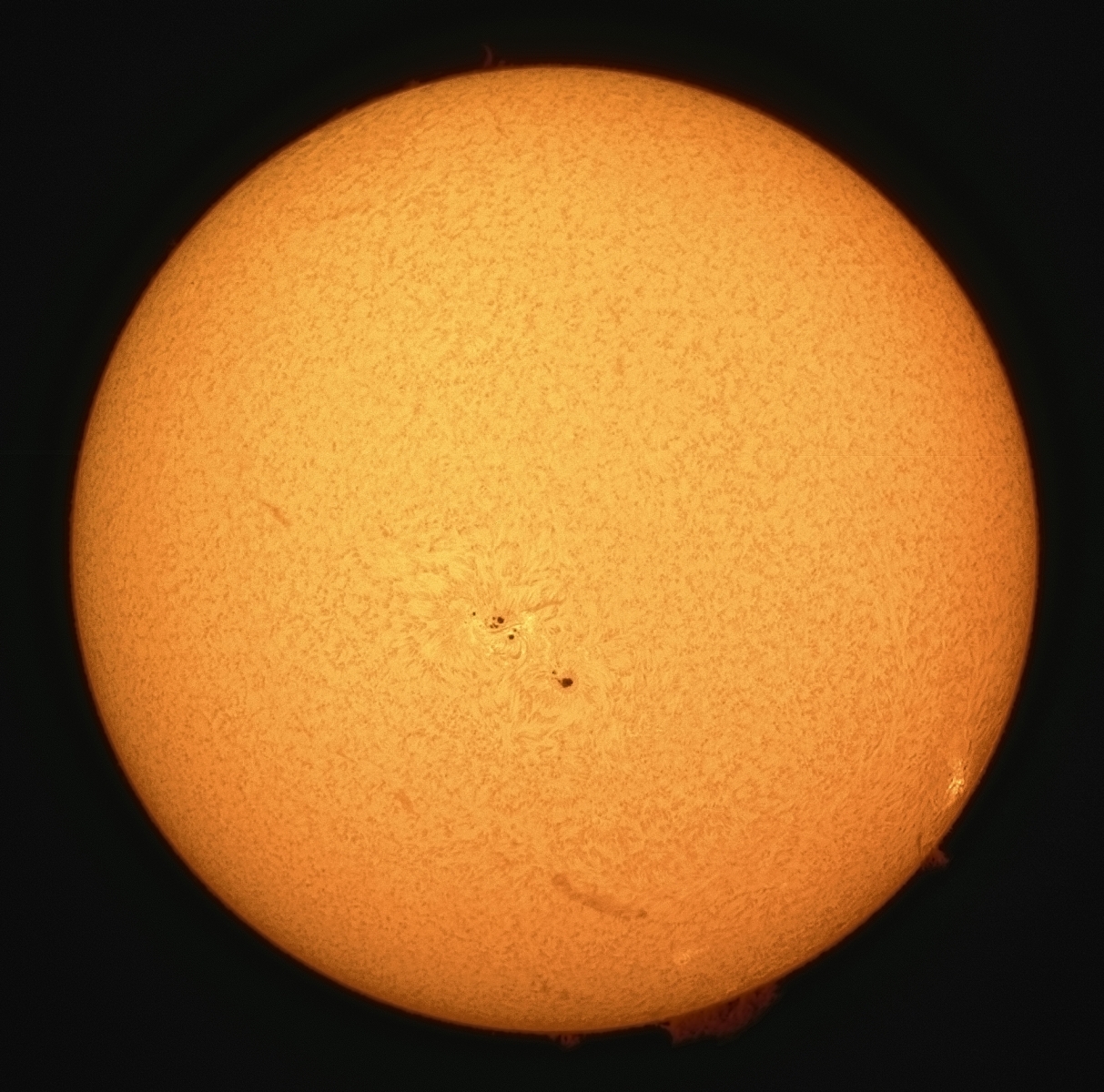 It was cloudy, windy and rained on and off last night.  But when I got up this morning, the Sun was shining, the air was clear and steady and the sky was a beautiful blue.  Today is the first full day of summer, so I decided to image the Sun.  There is a striking hedgerow prominence near the bottom, at about the 5:30 o’clock position, and other prominences at 4 o’clock and near 12 o’clock.  The group of sunspots near centre has been quite unstable and has caused some geomagnetic storms.  I wonder if we’ll get a storm big enough to cause a nice aurora here…

Tekkies:
Solar View 50, 50mm f/8 refractor with integrated Ha filter with <0.7 nm bandpass, mounted on an EQ-6 mount, roughly polar aligned and set to track at solar rate. Celestron NexImage 5 camera (2.2 micron pixels; 5 MPix).  Shot from my SkyShed in Guelph.  Supplied software was used to capture a 3m video at about 6 frames per sec.  A master frame was made from the best 108 frames.  This was processed in Registax with Wavelets.  PixInsight was used for further processing as follows: Background neutralization to balance colour, restoration filter, TGVDenoise, unsharp mask, stretch to adjust black point, adjust contrast, colour saturation.  At this point the luminance was extracted and processed further for sharpening, contrast and boosting detail visible in the hedgerow prominence.  The luminance was then added back into the RGB with LRGBCombine.