Skip to content
Previous Next
Moon, Venus and Jupiter – Close-up 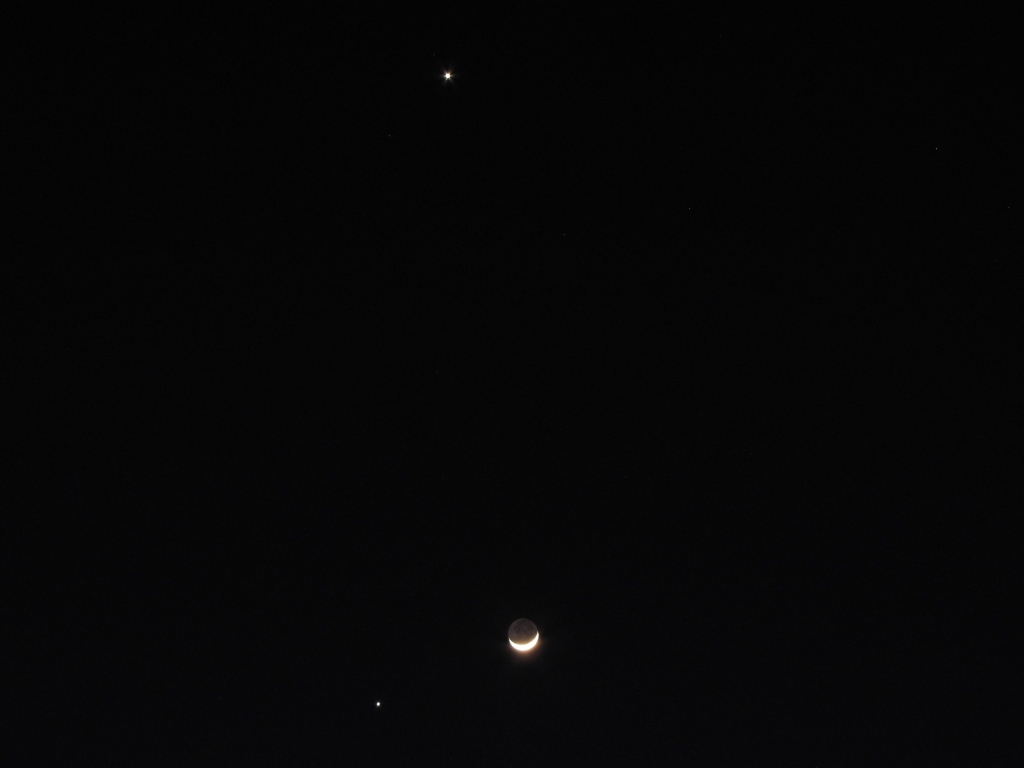 When bright planets and the moon appear close to each other in the sky, the views can be really striking.  They are not only visually beautiful, but they make good photographic targets that require no special equipment or image processing skills.  On the evening of March 25, 2012, the moon appeared with Venus and Jupiter in the western sky at sunset.   Venus (near top of images) is much brighter than Jupiter (to lower left of the moon).  In the close-up view, you can see that the darker part of the moon’s face is not really dark, it’s just not as bright as the lit crescent.  In fact, you can see features on the dark part. The light source is sunlight reflecting off of the earth’s oceans.  This is called “earthshine”, and it shows well in the evening sky during the spring.  This view of the moon is sometimes referred to as “the old moon in the new moon’s arms.”

I took this pictures using a Canon PowerShot SX10 IS camera on an inexpensive tripod.  The wide field view was a 6 second exposure at f/4.  The close up view is 3.2 seconds at f/4.5.  I used the camera’s self timer to avoid shaking the camera.  I didn’t do any image processing on these pictures, except to crop the wide field shot a little bit.