Skip to content
Previous Next
NGC281, The Pacman Nebula (Colour) 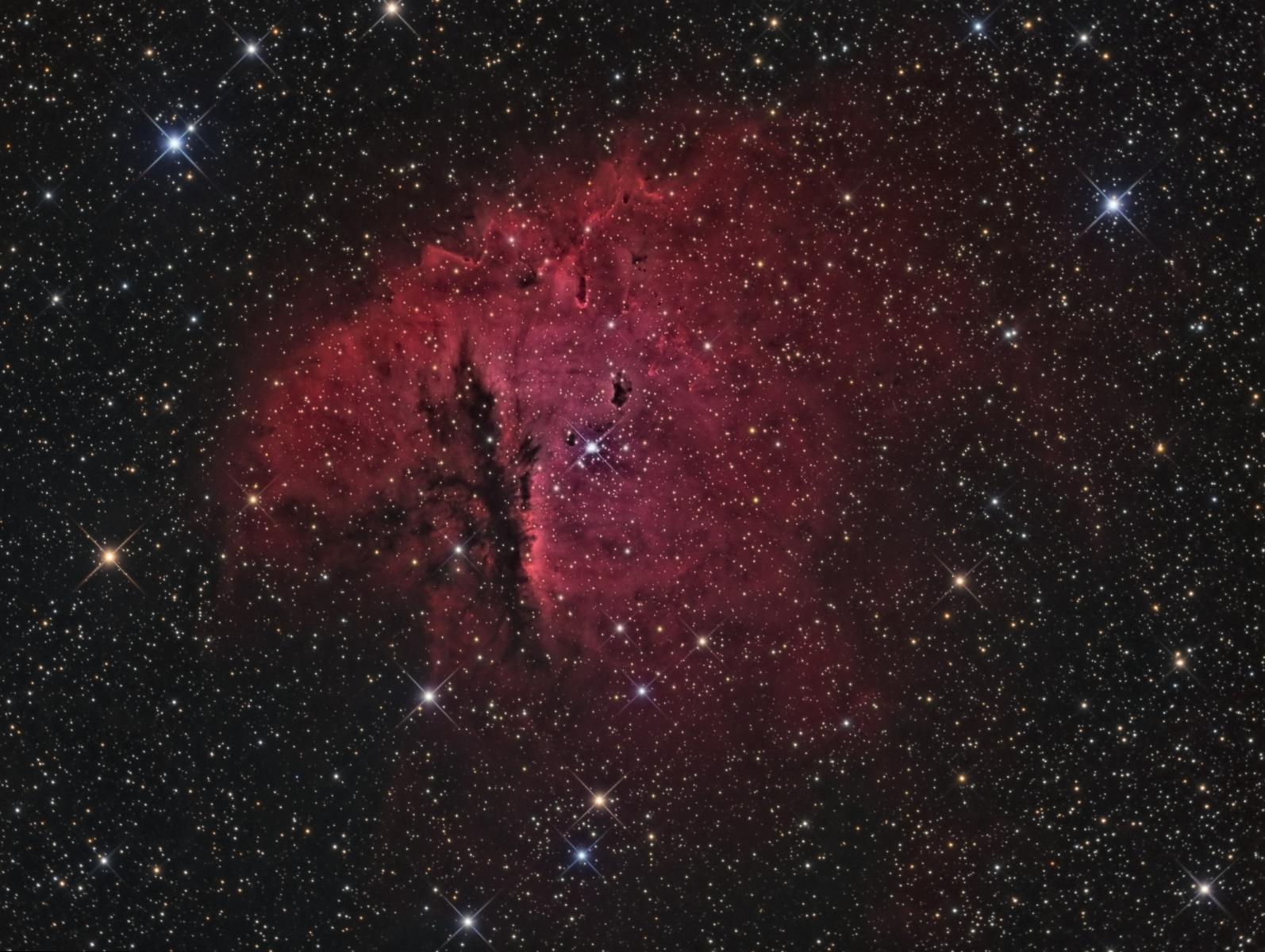 NGC281 is known as the Pacman nebula. This nickname comes from its appearance, resembling an early video game character (you might see it more easily if you turn your head 90 degrees clockwise, or rotate the image counterclockwise). The designation NGC281 refers to the nebula; the star cluster in the centre is IC1590. These cluster stars were born out of this hydrogen gas, and now cause it to glow. The black dense globules are called Bok globules, from which the bright stars are born. The Pacman is about 9,500 light years away, and covers a little more sky than the full Moon.  I imaged this object previously (in 2011), but the current version shows significantly more detail including lots of curdling in the centre of the nebula and a ton of structure around the dark gash at left.  The H-alpha version also shows off the detail in this object well.

Initial Processing and HaRGB:
Ha, R, G and B masters were cropped and processed separately with DBE.  R, G and B were combined to make an RGB image which was processed with DBE and ColourCalibration.  The NB-RGBCombine Script was applied with default settings to produce a linear HaRGB image.  MultiscaleLinearTransform was used to reduce noise in the background areas. HistogramTransformation was applied to make a pleasing yet bright image. TGV Noise was applied and the image was re-stretched to reset the black point.

Multiscale Processing:  HDRMultiscaleTransform was applied at 6 and 4 pixel scales using a mask to protect stars and dark areas of the image.

Final Processing
LocalHistogramEqualization was applied to the nebula only at a scale of 50 and 165, with a strength of 0.5 each time, using a mask to protect stars and dark parts of image.  Star sizes were reduced by applying MorphologicalTransformation with a star mask.  The fErosion operator was used with a strength of 0.1 and 6 iterations.