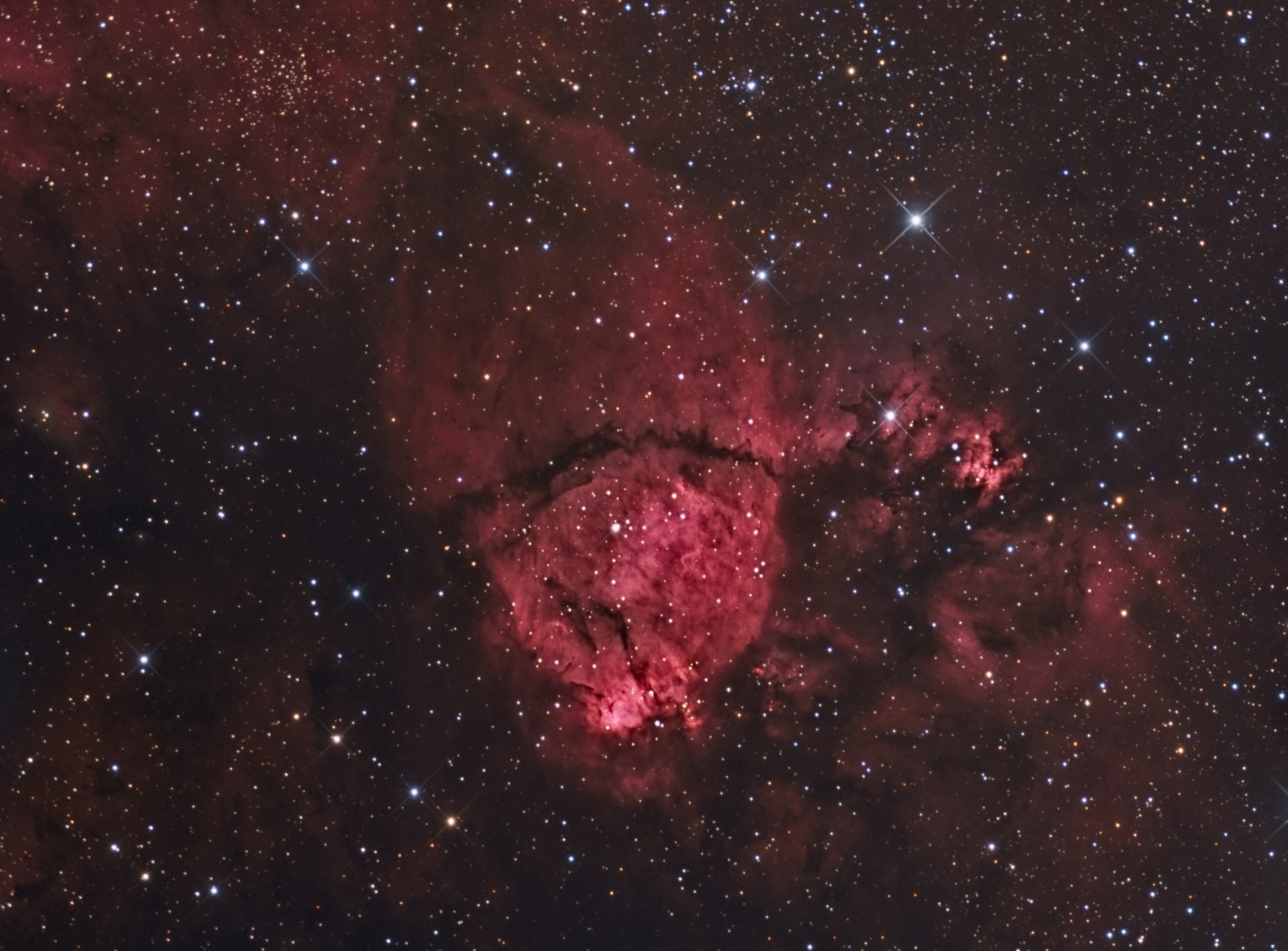 IC1795 is an emission nebula composed mainly of glowing hydrogen gas.  It lies about 6,000 light years away in the direction of Cassiopeia. It is an extension of the famous Heart Nebula (IC1805) and lies close to the Soul Nebula (IC1848).  I’ve seen it referred to as the Fish Head Nebula and the North Bear Nebula.  I can visualize the former, but not the latter.  Maybe I’m just not looking at it the right way… 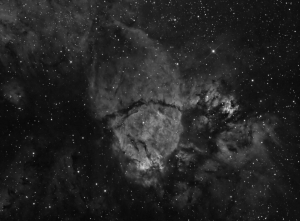 HaRGB
Creation and cleanup:  R, G, B and Ha masters were cropped and processed separately with DBE.  The R,G and B channels were combined and the resulting RGB image was processed with ColorCalibration.   The NBRGBCombine Script was applied to Ha and RGB with default settings to produce a linear HaRGB image.  PixelMath was used to boost the blue by adding 5% Ha.

Stretching: HistogramTransformation was applied to make an image with similar brightness to the HaRGB image.  To achieve this the luminance channel of the HaRGB was extracted and used for visual comparison.  TGV Noise was applied using a mask to protect high-signal areas and the image was re-stretched to reset the black point.

Final Processing
SynthLHaRGB:  HDRMultiscaleTransform was applied at 6 and 4 pixel scales using a mask to protect stars and dark areas.  LHE was applied at scales of 50 and 150 using the same star mask (strength 0.25 for both).  A light unsharp mask was applied to the stars and bright areas of the nebula. Overall contrast and brightness were increased slightly with the Curves tool. A slight blue cast was removed with an adjustment of the Red channel in Curves.  The DarkStructureEnhance script was applied with default settings except that strength was reduced to 0.25.