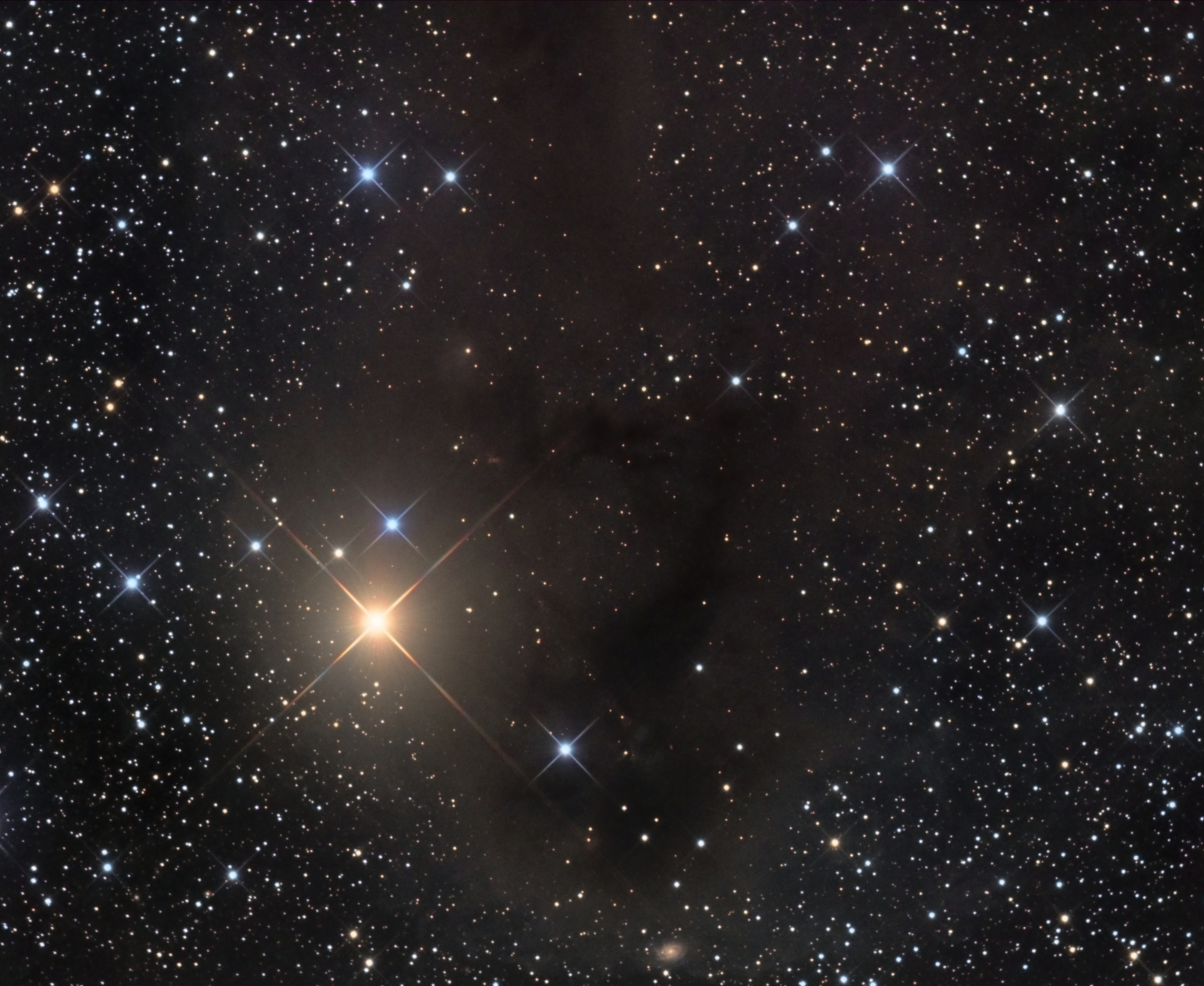 LDN1251 is a complex nebula in the constellation Cepheus, containing dark structures and faintly glowing / reflecting dust and gas.  This type of object is sometimes referred to as a molecular cloud, and this one is quite close to us at around 1,000 light years.  It is part of a much large complex of bright and dark nebulae.  Near the bottom of the image is a bonus object:  little PGC69472, a spiral galaxy that reminds me a bit of M33 (which I’ll be shooting again at higher resolution in the coming weeks).  This image also contains numerous Herbig-Haro objects associated with LDN1251.  These are visible as small patches of nebulosity associated with newly born stars.  Two of the more obvious HH objects in this image are slightly above left of centre and below left of centre.

The acronym “LDN” refers to Lynd’s Catalogue of Dark Nebulae.  This catalogue’s entries were identified by inspection of red and blue images from the National Geographic – Palomar Observatory Sky Atlas.

RGB:
R, G and B masters were combined and the resulting RGB image was cropped, processed  with DBE and colour balanced with ColourCalibration.  MultiscaleLinearTransform was applied to reduce the noise prior to stretching. Layer settings for threshold and strength:   Layer 1: 3.0, 0.7   Layer 2: 2.0, 0.5 Layer 3:  1.0, 0.35  Layer 4: 0.5, 0.15.  HistogramTransformation was applied to make a pleasing yet bright image.  TGV Noise was applied and the image was re-stretched to reset the black point.  A slight curve was applied to increase contrast and brightness.

Synthetic Luminance:
Creation and cleanup: The cleaned up L, R,G and B masters were combined using the ImageIntegration tool (average, additive with scaling, noise evaluation, iterative K-sigma / biweight midvariance, no pixel rejection).  ImageRegistration was used to register the SynthL to the RGB image.

Linear Noise Reduction:  MultiscaleLinearTransform was applied to reduce the noise prior to stretching with the same layer settings as above.