Skip to content
Previous Next
Sh2-155, The Cave Nebula 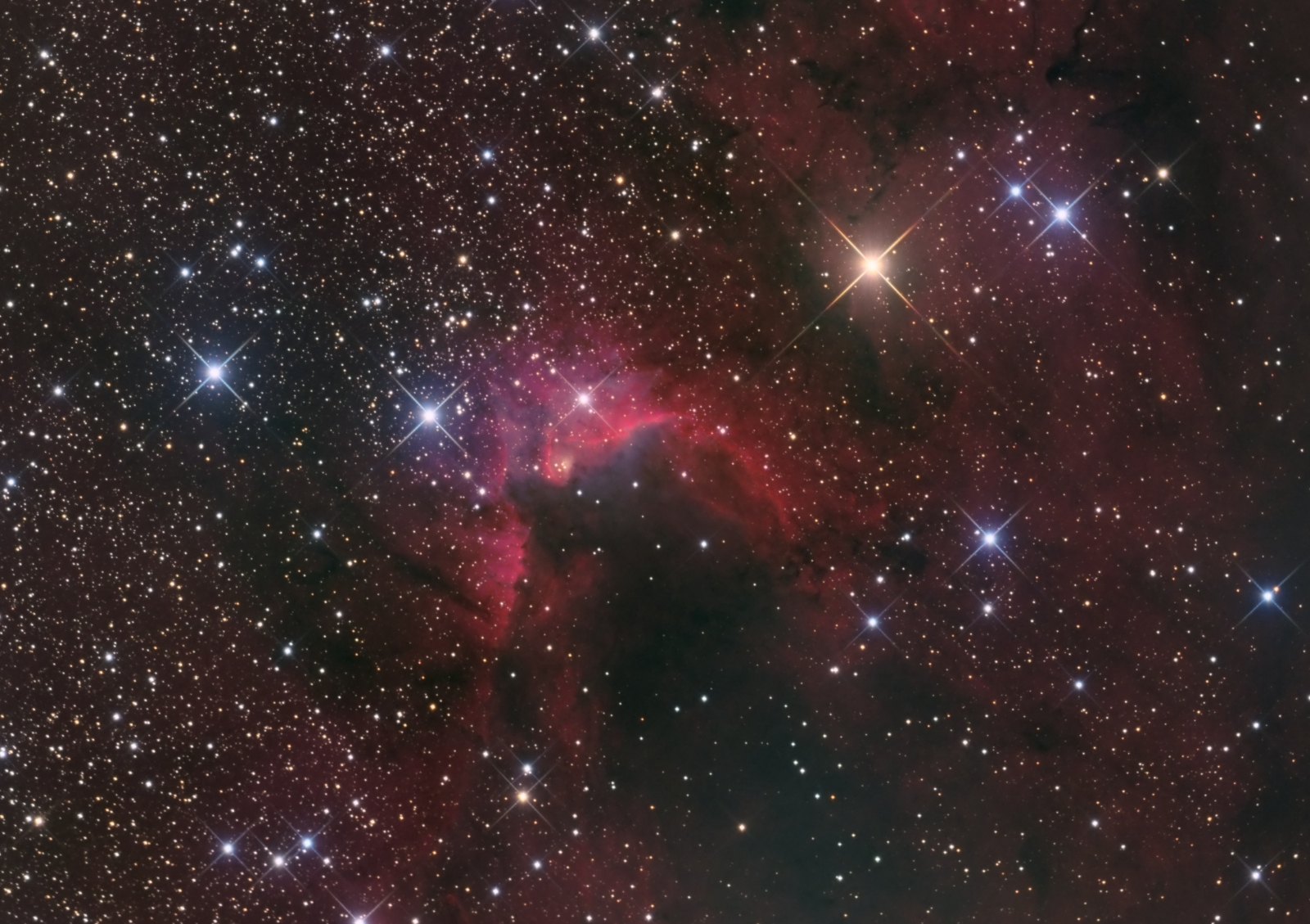 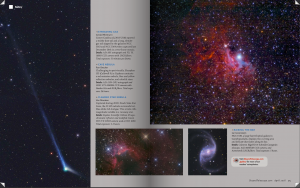 The Cave Nebula makes a very pretty picture with red emission nebula, blue and yellow reflection nebulae, dark nebulae and many colourful stars.  This object lies in the constellation Cepheus about 2,400 light years away, pretty close in cosmic terms.  The nebula’s bright rim is ionized by the hot blue-white stars in the vicinity, primarily the bright star left of centre in this image. The main “cave” structure is 10 light years across.  It is catalogued as Sharpless 155 (Sh2-155) and also as Caldwell 9 (the Caldwell catalogue was compiled by Sir Patrick Moore, and named for his mother’s maiden name).

HaRGB
Creation and cleanup:  R, G, B and Ha masters were cropped and processed separately with DBE.  The R,G and B channels were combined and the resulting RGB image was processed with ColorCalibration.   The NBRGBCombine Script was applied to Ha and RGB with default settings to produce a linear HaRGB image.  PixelMath was used to boost the blue by adding 5% Ha.

Stretching: HistogramTransformation was applied to make an image with similar brightness to the HaRGB image.  To achieve this the luminance channel of the HaRGB was extracted and used for visual comparison.  TGV Noise was applied using a mask to protect high-signal areas and the image was re-stretched to reset the black point.

Final Processing
SynthLHaRGB:  Overall contrast and brightness were increased slightly with the Curves tool. Blue areas of the nebula were slightly enhanced with an adjustment of a small part of the Blue channel in Curves using a range mask.