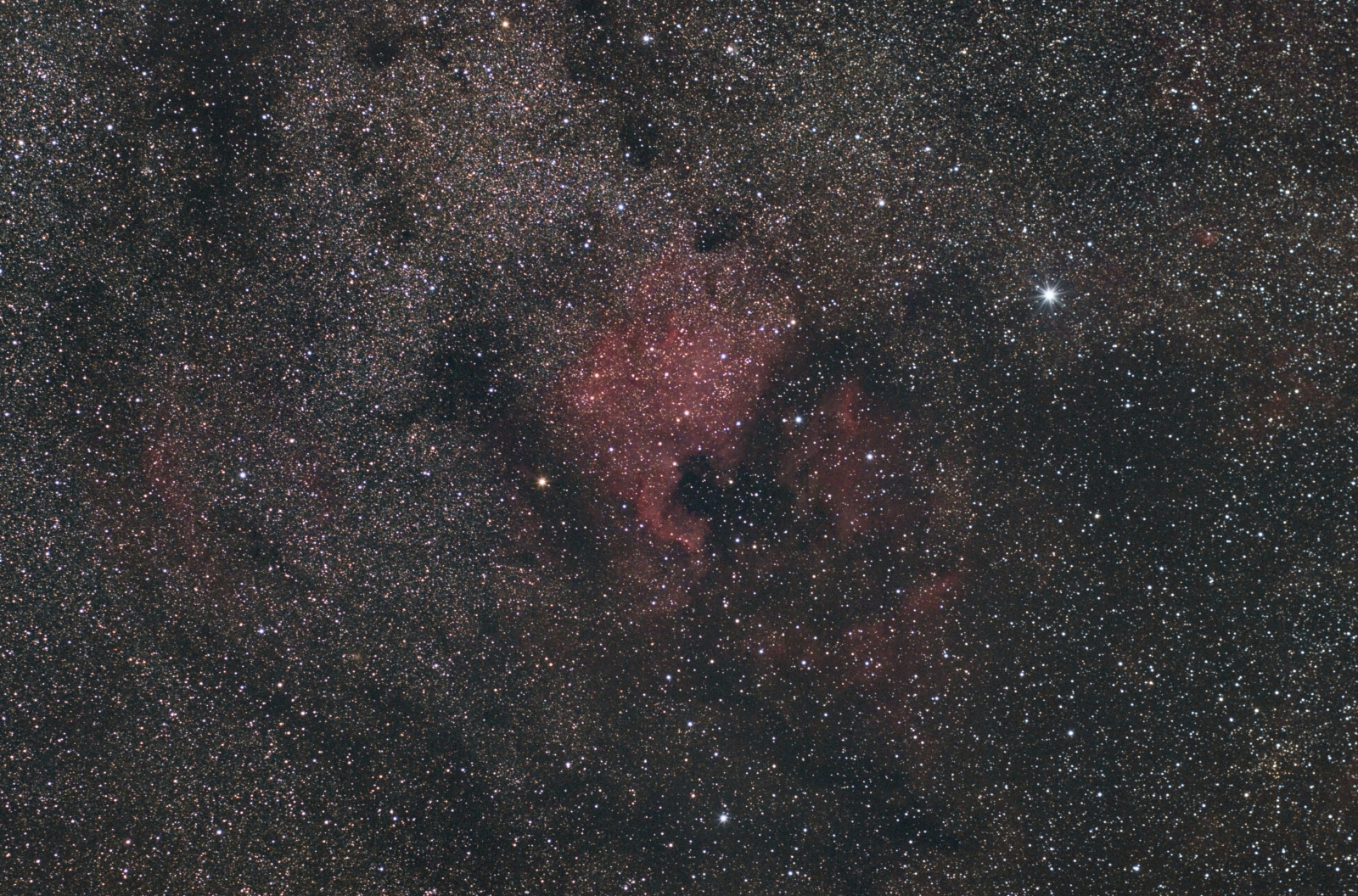 The reason for the nickname of NGC7000, “the North America Nebula,” is very apparent in this wide field image of the region just northest of Deneb (the prominent star right of centre in this image). It lies in Cygnus, the Swan, and is thought to be about 1800 light years distant and 100 light years across (this assumes that it is powered by emissions from Deneb, the brightest star in the image).

I have captured many small portions of this field, including the Cygnus Wall, the Pelican Nebula and IC5068.  I also have an H-alpha image of this region shot in 2010.  The high power shots use telescopes with focal lengths of up to 1700mm (like a 1700mm telephoto lens).  By comparison, this image was taken with an 85 mm lens, so shows a massive field of view.

In addition to the camera and lens, I used a Sky-Watcher Star Adventurer tracking mount that I recently won in SkyNews Photo of the Week contest.  I am looking forward to using this rig for time lapse photos, auroras and nightscapes (wide field sky photos that include landscape features).  The new setup is extremely portable so I will use it when travelling, particularly to the south where I have access to skies not visible from home.

Cleanup:  DBE, BackgroundNeutralization and ColorCalibration were applied and the image was cropped.

Stretching:  HistogramTransformation was applied . TGV Noise was applied and the image was re-stretched to reset the black point.

Final steps:  Contrast and brightness were increased slightly with the Curves tool. Saturation of the nebula and stars was increased using a range mask.

Image scale for this camera/lens combination is about 10 arcsec per pixel.