Skip to content
Previous Next
Southern NGC7000 – The Cygnus Wall 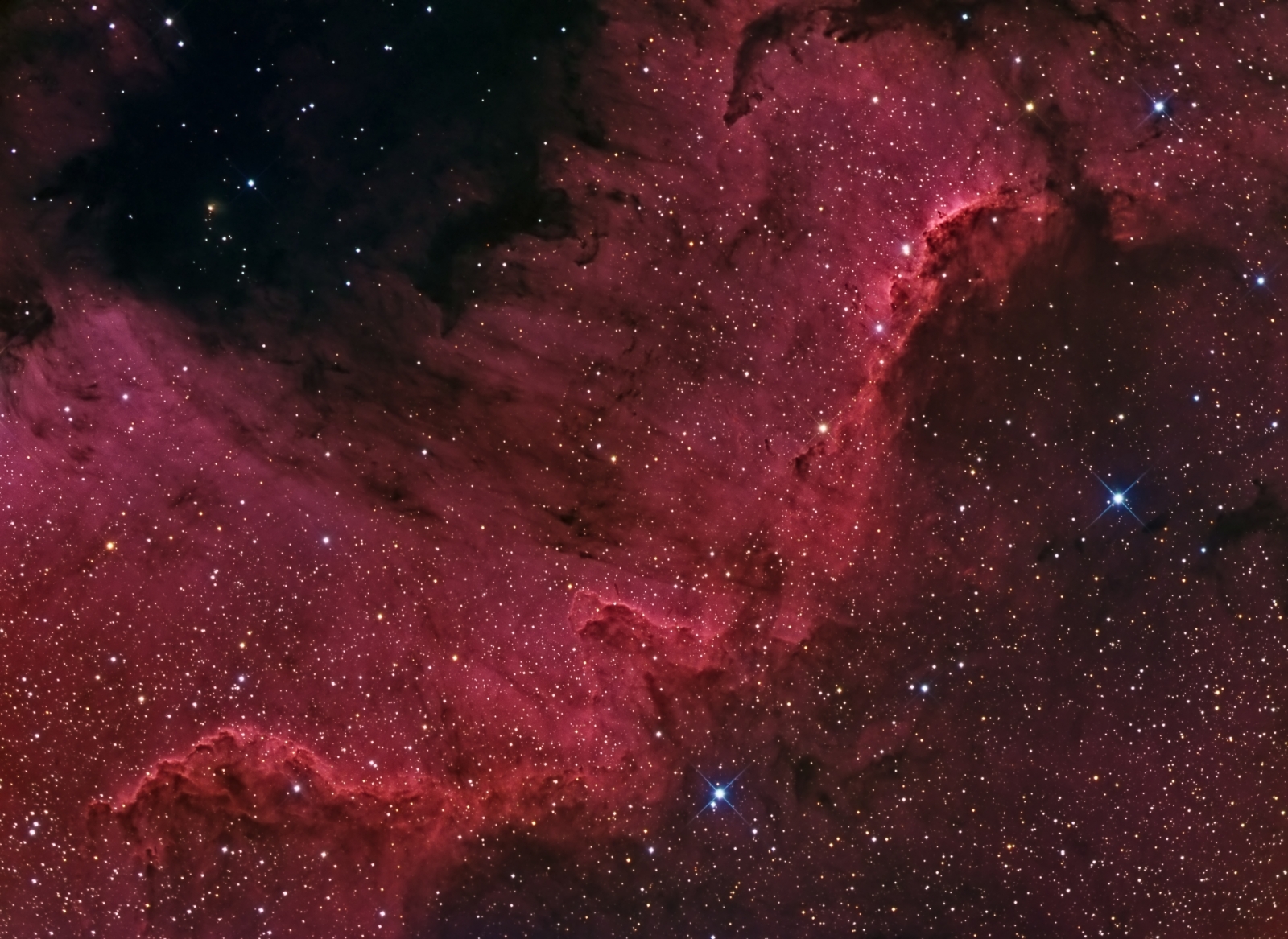 NGC7000 is known as the North America nebula, because it’s shape is similar to that continent.  Although it is much too large to capture in a single frame with my imaging 1700 mm focal length setup, several regions within it make interesting subjects in their own right.  This image shows the southern part of the nebula, corresponding to “Central America,” with the “Gulf of Mexico” towards top left.  This may be easier to visualize in a rotated image. Sometimes referred to as the Cygnus Wall, this nebula lies around 1600 light years away, and is glowing due to emissions from atoms of hydrogen gas. 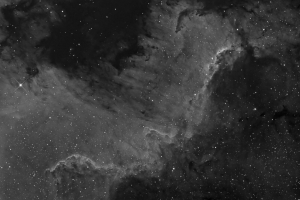 This image blends the red, green and blue colour channels with data collected through a deep red H-alpha filter.  The black and white image at right shows just the H-alpha data alone.  A full size image is available by clicking on the image.

HaRGB
Creation and cleanup:  Ha, R, G and B masters were cropped and processed separately with DBE.  R, G and B were combined to make an RGB image which was processed with ColourCalibration.   The NB-RGBCombine Script was applied with default settings to produce a linear HaRGB image.