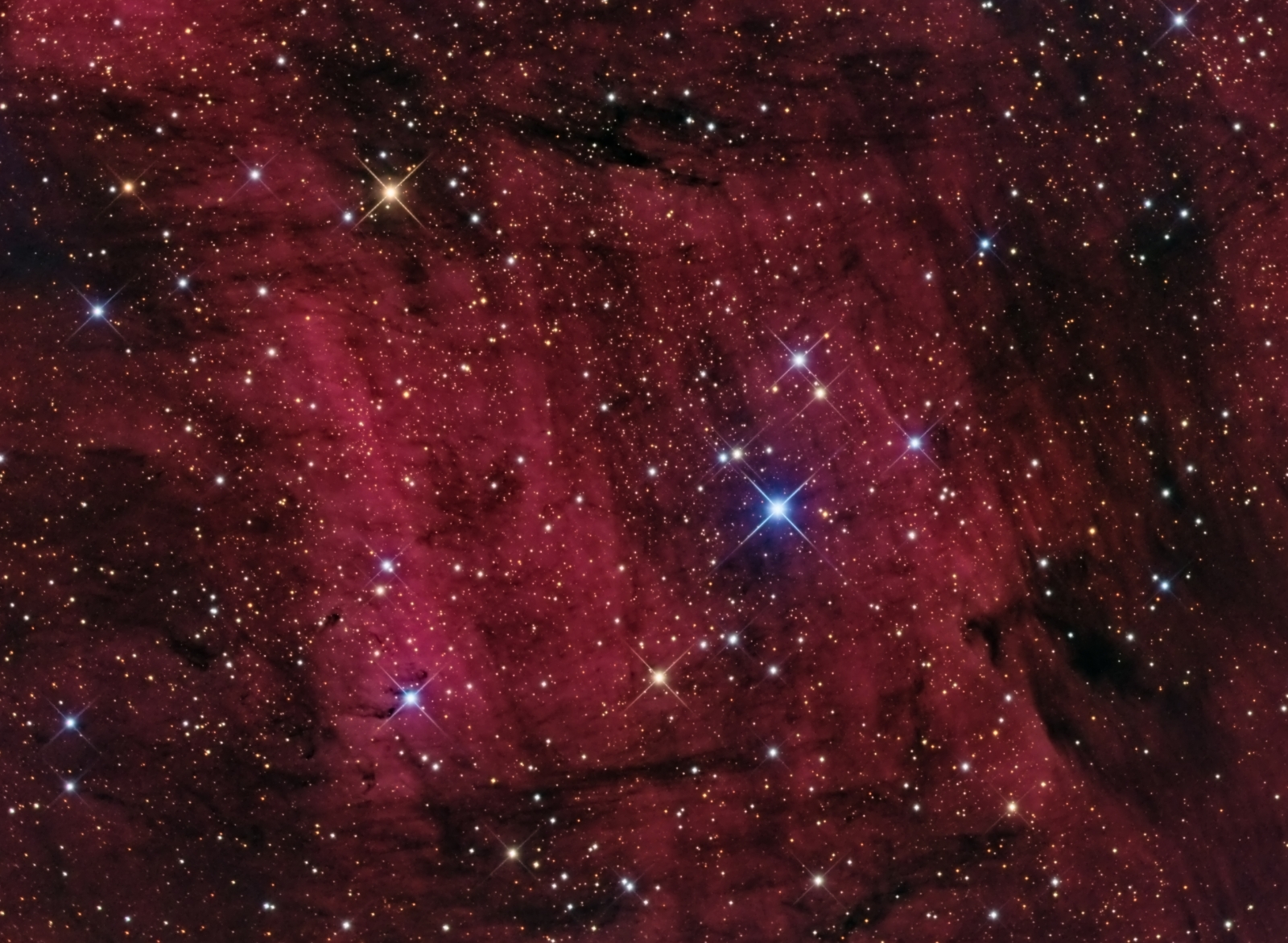 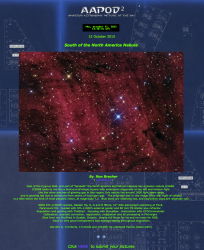 I am continuing to explore the area around the bright star Deneb and the North America nebula.  East of the Cygnus Wall, and sort of “beneath” the North America and Pelican nebulae lies emission nebula Ic5068.  IC5068 looks to me like a bent-out-of-shape square with extensions diagonally at top left and bottom right.  Like the other patches of glowing gas in this region, this nebula lies around 1600 light years away, and is glowing red due to emissions from atoms of hydrogen gas.   The brightest star in this image (blue star right of centre) is a little below the limit of most people’s vision, at magnitude 7.3.  Blue stars are relatively hot, and red/yellow stars are relatively cool. 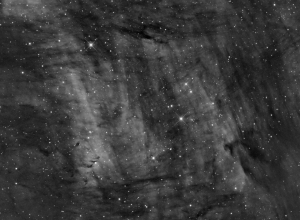 HaRGB
Creation and cleanup:  R, G and B masters were combined.  The RGB ad Ha frames were cropped and processed separately with ABE.  The RGB image which processed with ColorCalibration.   The NB-RGBCombine Script was applied with default settings to produce a linear HaRGB image.  PixelMath was used to boost the blue by adding 3% Ha.

Final Processing
HaRGB:  Star shapes were smoothed and sizes reduced by applying MorphologicalTransformation through the same star mask using the Midpoint operator, with default settings.  A light unsharp mask was then applied to the stars.  A range mask for the brightest highlights minus stars was made by subtracting a star mask from a range mask.  The highlights were sharpened slightly with unsharp mask.  Overall contrast and brightness were increased slightly with the Curves tool.