The northern lights occur when charged particles from the sun collide with atoms of gas in Earth’s atmosphere.  This display happened just after a solar maximum, in 2004.  You can see Orion rising above my house in the eastern sky.  The aurora was intense and easily visible even though that is a light-polluted part of my sky.  As I write this, there is a better-than-even chance of a fine aurora tonight! 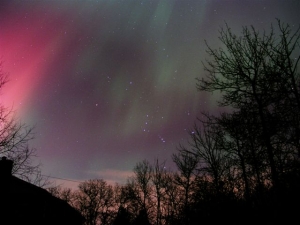 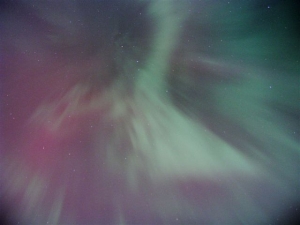 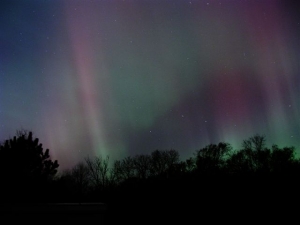 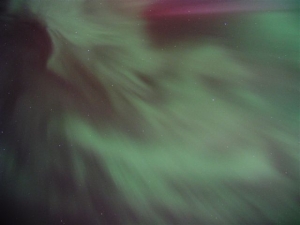 These were among my first ever astronomical images.  Shot with an Olympus 5MP point-and-shoot camera on a tripod.  Each image was 4 seconds at f/2.8.  Unfortunately, not knowing any better, I saved them only as low quality jogs.  Doh!