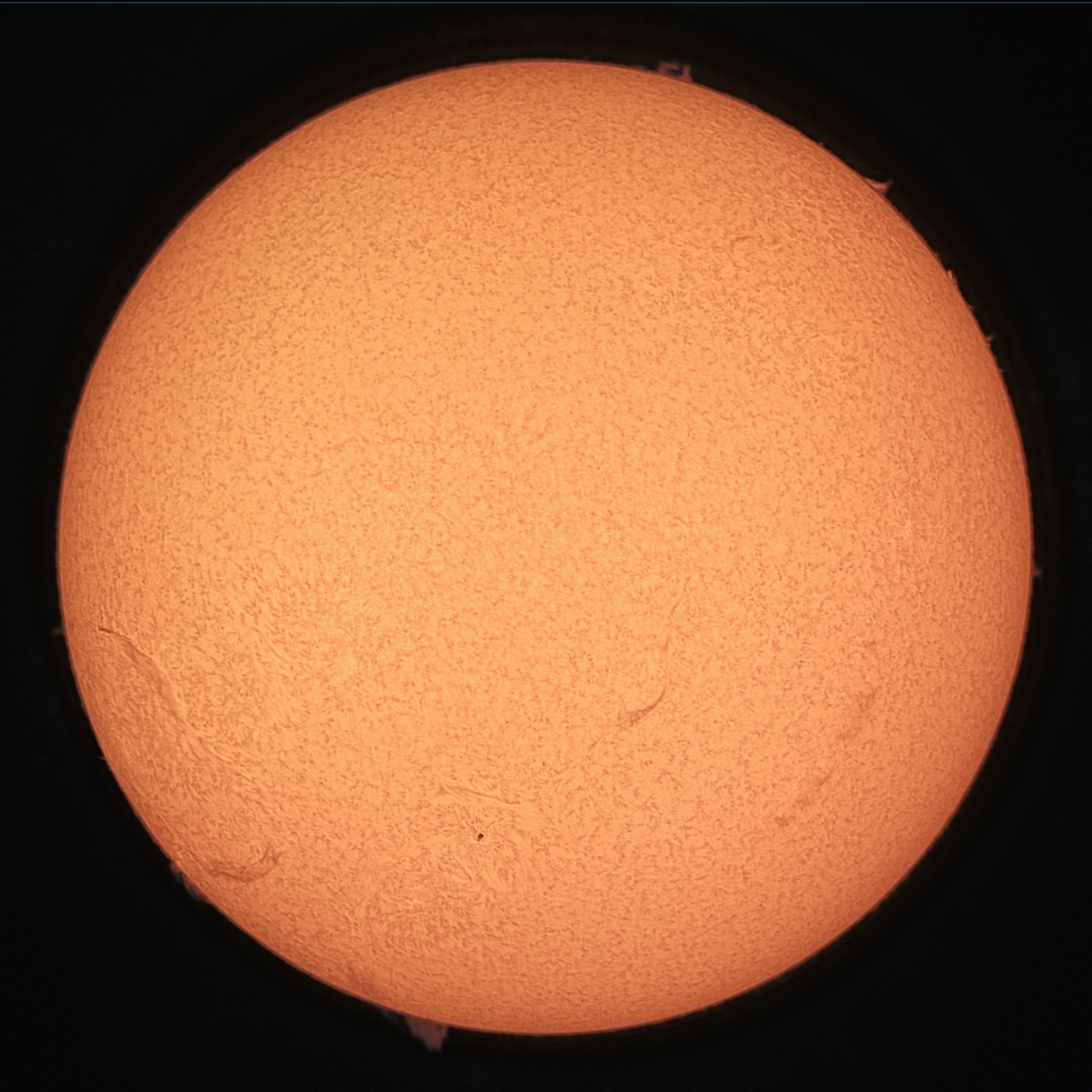 After a long, brutally cold winter, Spring has FINALLY arrived.  The first day of Spring, March 20, was warm (about 9C) and sunny, with not a cloud in the sky most of the day.  After an aurora on March 17/18 I expected the Sun’s disk to be pretty active in the days afterwards.  I acquired this Sun shot showing a surprisingly calm solar disk around 4:40 pm EDT.  There are some very interesting filaments — the the wide greyish lines and ribbons on the disk.  These are the same structures as the prominences protruding from the edge of the disk, except in filaments, we are looking down from above.  At lower left, a wide greyish filament appears to wrap around the sun where it is visible as a prominence at about the 7 o’clock position.  One large prominence protrudes from the bottom of the disk.

Tekkies:
Solar View 50, 50mm f/8 refractor with integrated Ha filter with <0.7 nm bandpass, mounted on an EQ-6 mount, roughly polar aligned and set to track at solar rate. Celestron NexImage 5 camera (2.2 micron pixels; 5 MPix).  Shot from my SkyShed in Guelph.  Supplied software was used to capture 4x 2m videos at about 6 frames per sec.  A master frame was made from each video using the best 75 frames.  PixInsight’s FFT Registration script to align the 4 master frames, which were then averaged to make the final master image.  This was processed in Registax with Wavelets.  PixInsight was used for further processing as follows: Background neutralization to balance colour, restoration filter, HDR Wavelets (6 pixel scale), TGVDenoise, unsharp mask, stretch to adjust black point, adjust contrast, colour saturation.