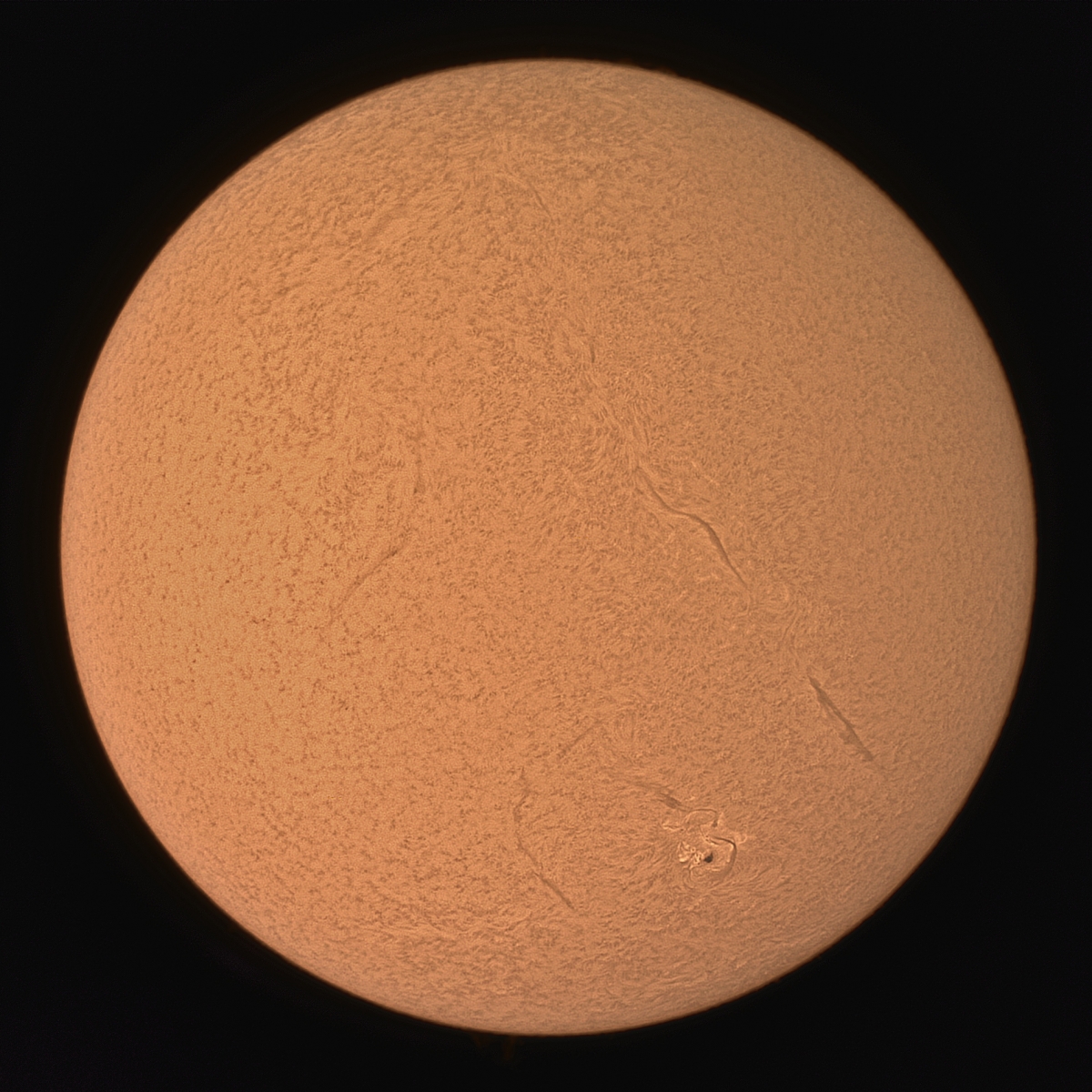 I took this image of the sun a little after 3 pm EST March 9, 2015.  There were reports of a very active region, which you can see to the lower right of the Sun’s disk.  A few days after this image was taken, that active region spawned a class X solar flare that caused a widely-observed aurora on the night of March 17, 2015.

For this image, I tuned the telescope so as to reveal as much detail on the disk as possible, but the prominences are muted as a result.

Tekkies:
Solar View 50, 50mm f/8 refractor with integrated Ha filter with <0.7 nm bandpass, mounted on an EQ-6 mount, roughly polar aligned and set to track at solar rate. Celestron NexImage 5 camera (2.2 micron pixels; 5 MPix).  Shot from my SkyShed in Guelph.  Supplied software was used to capture a 2m video at about 6 frames per sec.  The best 100 frames were stacked in Registax to make a master frame, which then was processed in Registax with Wavelets.  PixInsight was used for further processing as follows: Background neutralization to balance colour, restoration filter, HDR Wavelets (6 pixel scale), TGVNoise, unsharp mask, stretch to adjust black point.