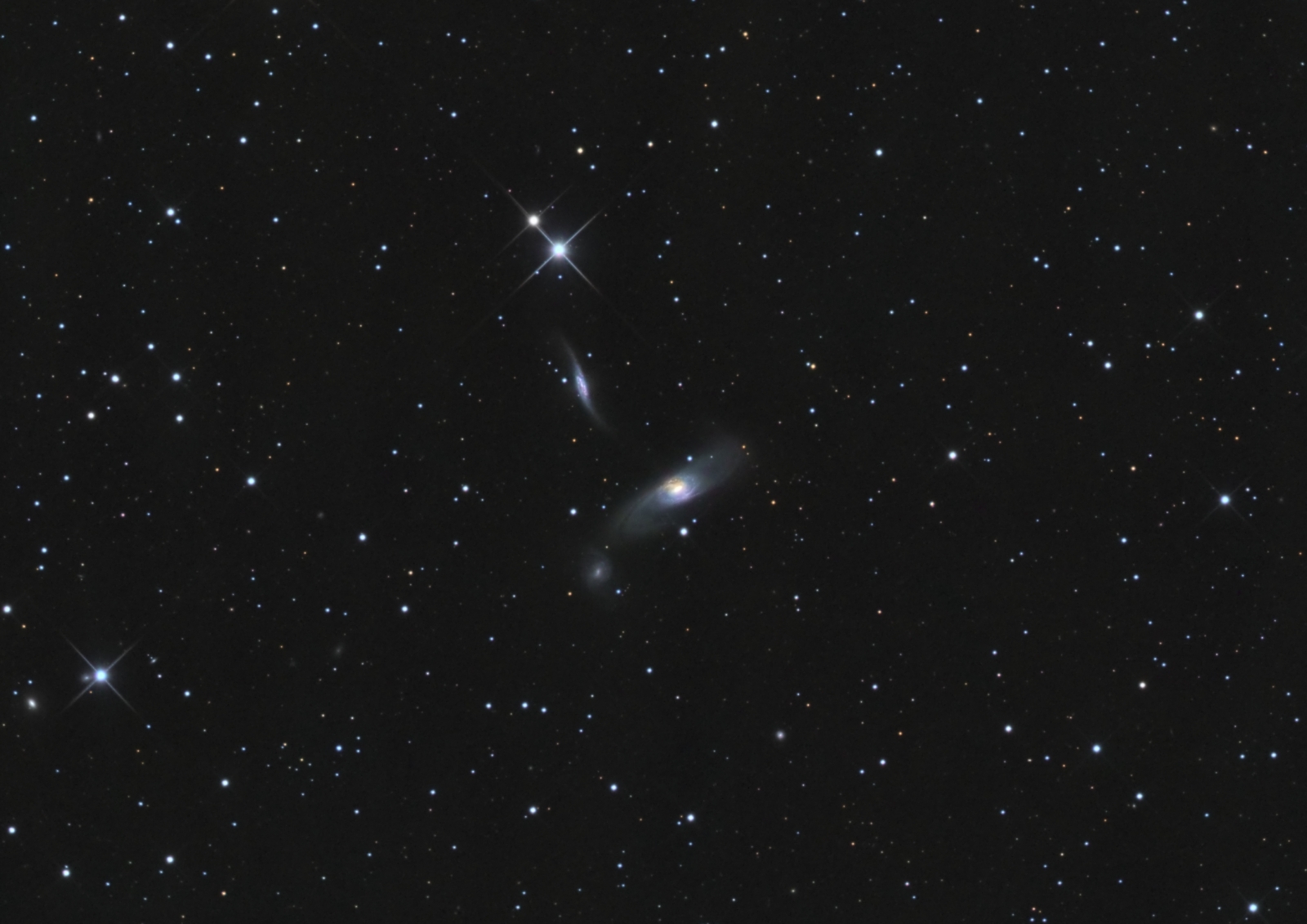 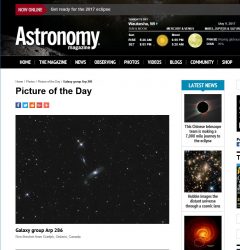 Arp 286 is a pretty group of three gravitationally bound galaxies that lies in Virgo about 90 million light years away. The largest of the three, the barred spiral galaxy NGC5566, is the largest galaxy in Virgo, at 150,000 light years across. To its lower left is small NGC5569. The reverse-S-shaped galaxy is NGC5560, whose arms are thought to be distorted by its interaction with NGC5566.  Many other galaxies dot the field.  Arp refers to Halton Arp, who compiled a catalogue of peculiar galaxies.

Tekkies:
SBIG STL-11000M camera, Baader LRGB filters, 10″ f/6.8 ASA astrograph, Paramount MX.  Guided with QHY5 on an 80 mm f/6 refractor. FocusMax for focusing and CCD Commander to automate the sessions. Acquistion and guiding with TheSkyX. All pre-processing and processing in PixInsight. Shot from my SkyShed in Guelph, Ontario. RGB under moonlight and luminance with no moon.  Average transparency and seeing.

Nonlinear Noise Reduction: TGVDenoise was applied using a mask to protect stars and galaxies, and the image was re-stretched with HistogramTransformation.

Final Processing
UnsharpMask was applied to the galaxies using a mask. Contrast, brightness and saturation were adjusted in several iterations with the Curves tool, with separate adjustments made for background, stars and galaxies using different masks.