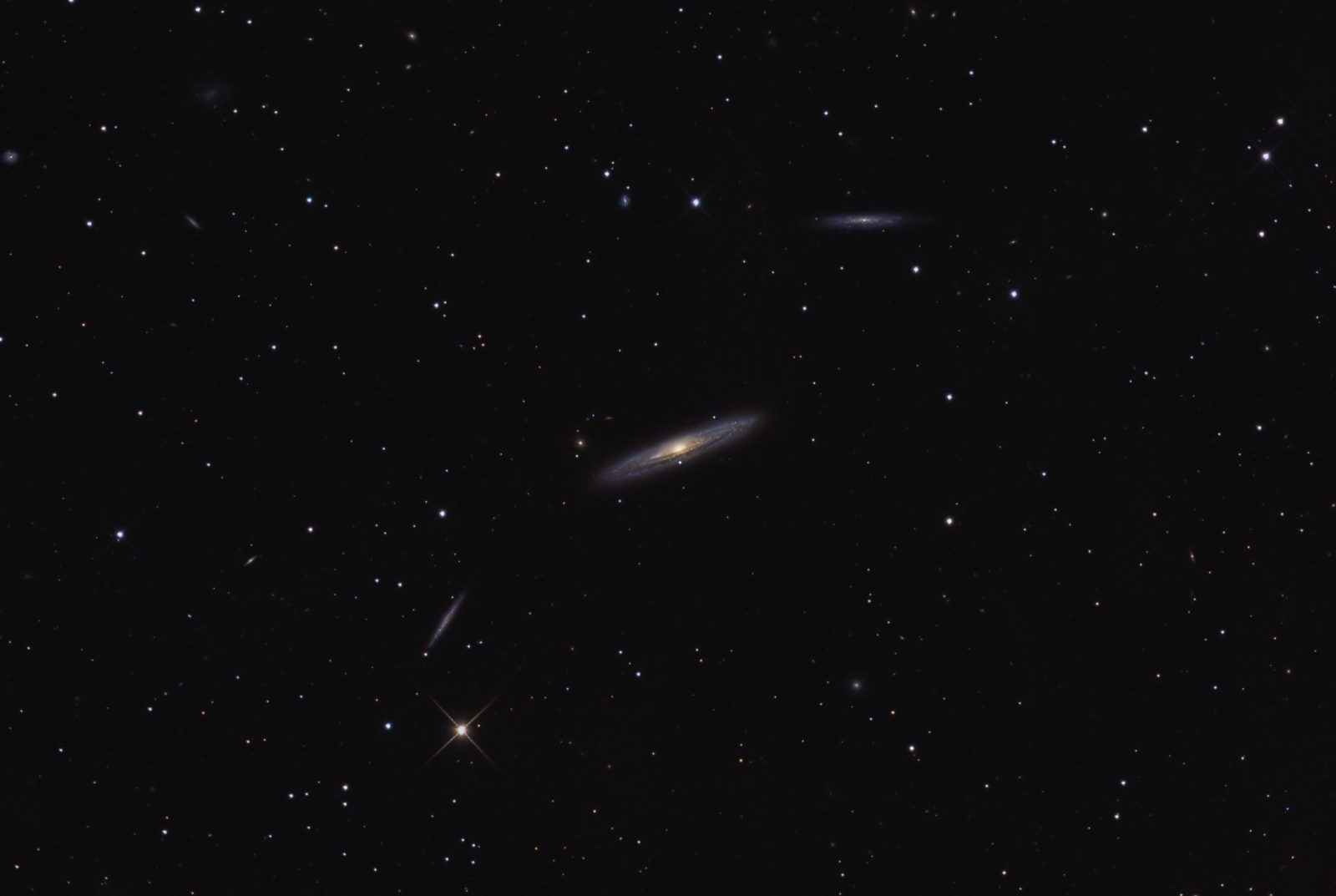 The three most prominent galaxies in this image are NGC4216 (centre), NGC4222 (lower left) and NGC4206 (upper right).  All belong to the Virgo galaxy cluster.  NGC4216 is not far from the centre of this large galaxy cluster, and lied about 55 million light years distant.  It sports around 700 globular clusters, about 5 times as many as the Milky Way galaxy.  This galaxy shows relatively little star formation for a galaxy of this type.  It does show a fair amount of knotty detail and prominent dark lanes.  To gain a sense of perspective, remember that all the stars in this image are in the foreground, lying within our own Milky Way galaxy.  In addition to the three main galaxies identified above, there are dozens more of all sizes, all part of the same galaxy cluster.

Synthetic Luminance
Creation and cleanup: The R, G and B masters were combined using ImageIntegration tool (average, additive with scaling, noise evaluation, iterative K-sigma / biweight midvariance, no pixel rejection) to create the SynthL channel.  The image was cropped to match the RGB and DBE was applied.