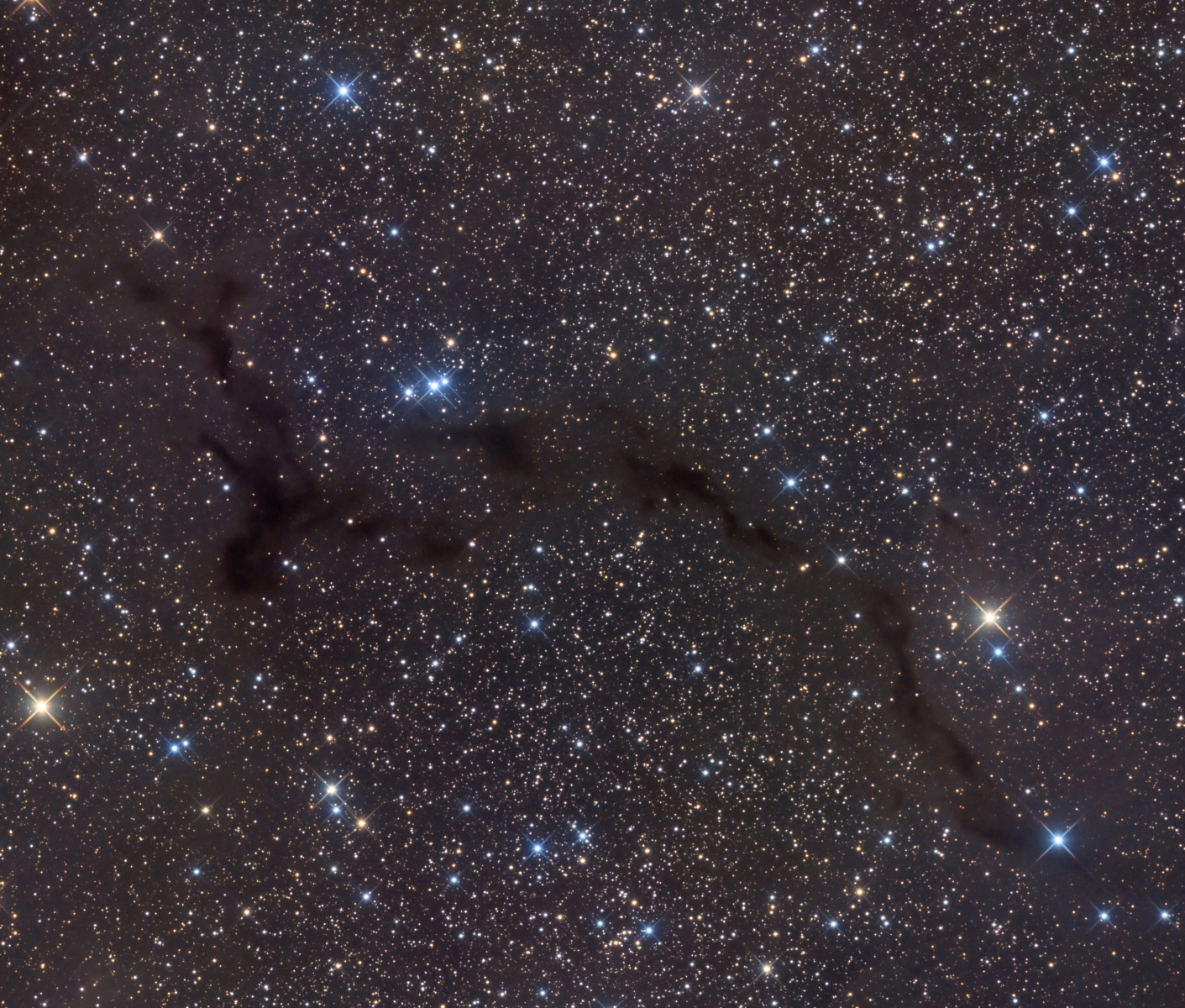 Barnard 150 is a dark nebula in the constellation Cepheus. It is about one degree long (about two Moon widths). It’s sometimes referred to as the Seahorse nebula – you may see its namesake better if you rotate the image 90 degrees clockwise (or tilt your head left). The nebula is made up of soot and dust within our galaxy. It appears dark because it is blocking out the light of stars behind it. The rich star field in which this object is set displays stars of many hues, which depend on their temperatures (blue and white are hotter; yellow and reddish are cooler).