Skip to content
Previous Next
M27, The Dumbbell Nebula 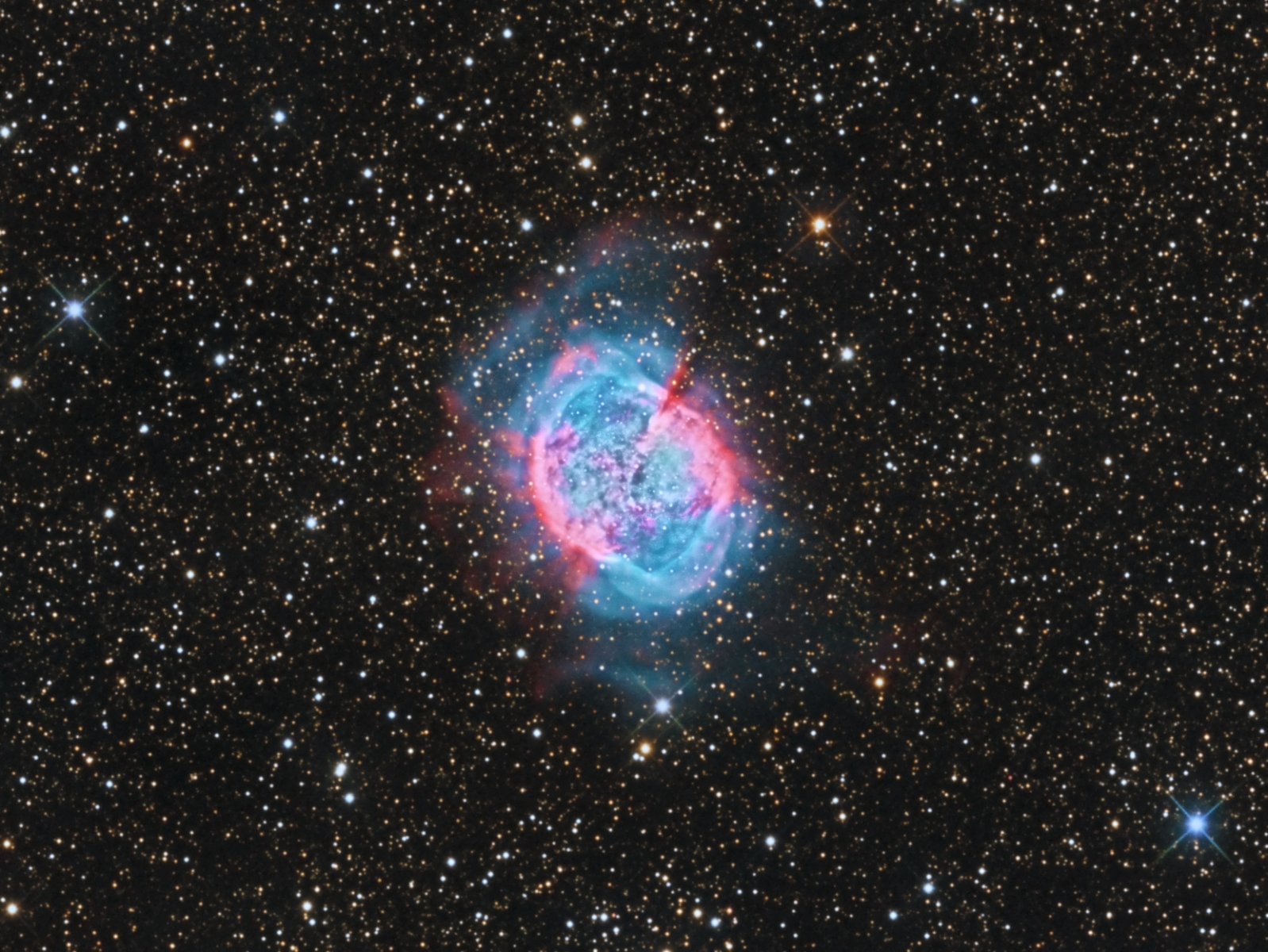 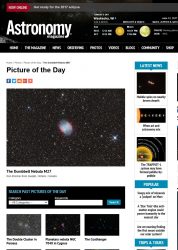 M27 is a classic example of a “planetary nebula,” so named because they looked similar to planets to early observers.  M27 is known as the Dumbbell Nebula because of its visual appearance through a telescope.   It is found in the constellation Vulpecula (“the Little Fox”), which is well placed for observing shortly after dark at this time of year.  The nebula’s colours in this image are due to gas thrown off by the dying star at its centre. This white dwarf emits radiation that causes the gas to glow in visible light. Hydrogen emits mostly red and oxygen mostly green-blue light.   Like all planetary nebulae, the Dumbbell will gradually expand and dissipate, becoming fainter over time.  I guess we’re lucky to be here at this particular time in history and able to see it.  The dumbell is about 1360 light years away, and is 10,000-15,000 years old.

I posted another image of this object in 2014, which was published several times, including Astronomy Magazine Picture of the Day on May 19, 2017. It is very interesting to compare the two images!

NB-RGB Creation
Creation and cleanup:  R, G, B, Ha and O3 masters were cropped and processed separately with DBE. R, G and B were combined to make an RGB image which was processed with ColorCalibration. The NBRGBCombination script was run with default settings except Ha blend factor was increased to 2, using Ha for red narrowband and O3 for green and blue.  RGBWorkingSpace was used to equalize the channel weights and the luminance was extracted for later processing as SynthL.

Synthetic Luminance:
Deconvolution:  A star mask was made to use as a local deringing support. A copy of the image was stretched to use as a range mask. Deconvolution was applied (50 iterations, regularized Richardson-Lucy, external PSF made using DynamicPSF tool with about 25 stars). It was very challenging to prevent dark rings around the stars in the nebula, so stars from the non-deconvolved image were blended back into the deconvolve image.

Final Steps: MorphologicalTransformation was applied to reduce the prominence of the stars slightly. Background and star brightness, contrast and saturation were adjusted in several iterations using Curves with masks as required.