Skip to content
Previous Next
NGC6960, the Western Veil Nebula 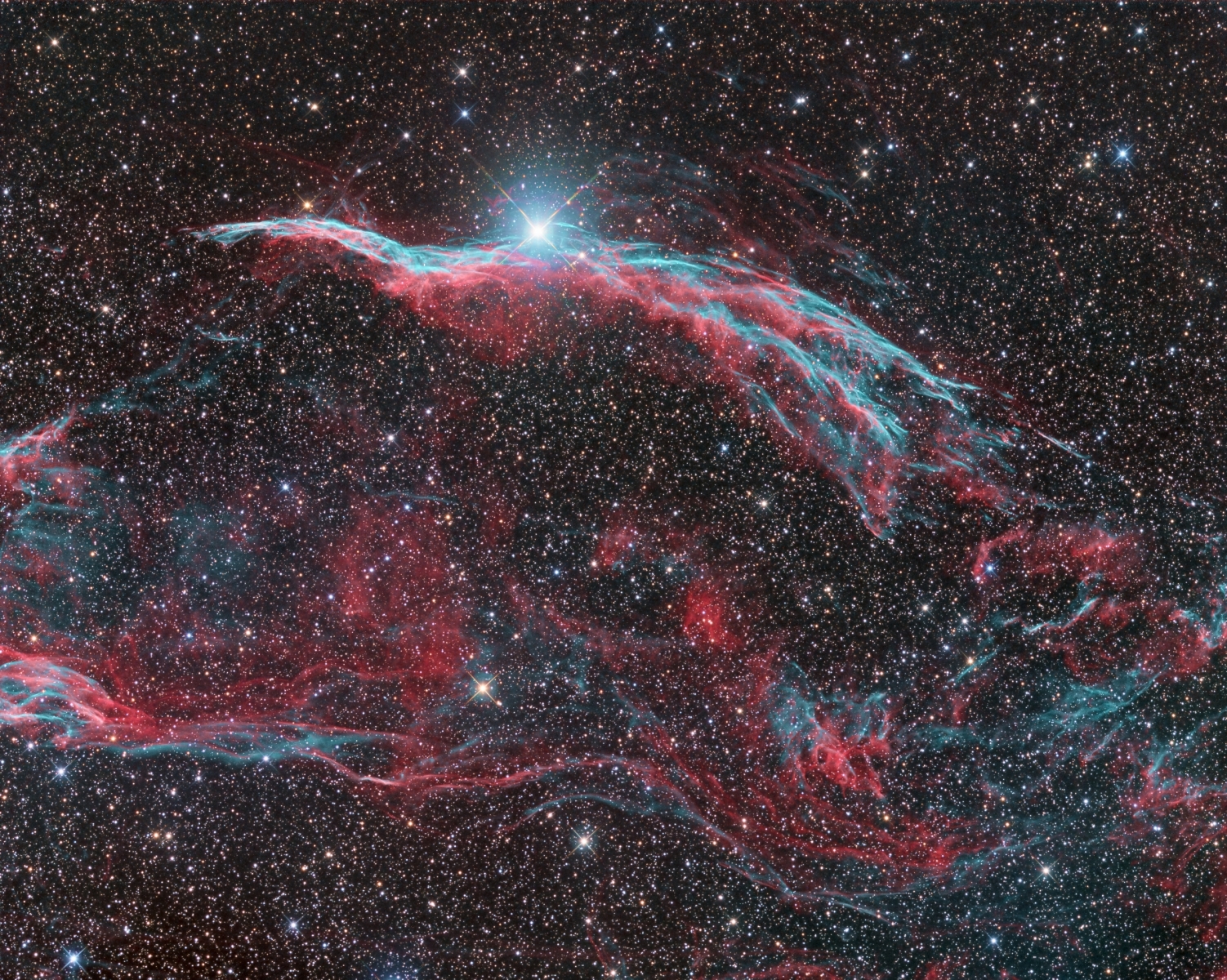 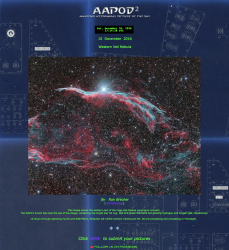 This image shows NGC6960 (sometimes called “The Witch’s Broom”) at the top, and part of Pickering’s triangle in the bottom half of the image.  The glowing tendrils of gas are part of a supernova remnant known as the Veil Nebula.  The Veil Nebula complex is huge, covering about 7 moon widths on the sky.

The supernova that created the Veil Nebula happened between 5000-8000 years ago and the nebula has been expanding ever since.  The glowing gas is mostly hydrogen and sulphur (red) and oxygen (teal) whose atoms are being excited by the pressure waves created by the massive supernova explosion.  The progenitor star whose explosion created this object was about 1,470 light years away. You can find an image of the Eastern Veil Nebula here.  Another part of the complex, NGC6979, is shown here. And a high resolution version of the broadest part of Pickering’s Triangle is here. A previous image of this target in a slightly wider field is available here.

This is my first time imaging using an Oxygen-3 filter (O3).  This filter lets through the teal-coloured light emitted by excited atoms of oxygen, similar to the way red (and some blue) light is emitted by excited hydrogen atoms.

NB-RGB Creation
Creation and cleanup:  R, G, B, Ha and O3 masters were cropped and processed separately with DBE. R, G and B were combined to make an RGB image which was processed with ColorCalibration. The NBRGBCombination script was run with default settings using Ha for red narrowband and O3 for green and blue.  RGBWorkingSpace was used to equalize the channel weights and the luminance was extracted for later processing as SynthL.

Additional Processing
Noise Reduction and Re-Stretch: TGVDenoise was applied in Lab mode with 300 iterations with a range mask used to protect high signal areas.  This was followed by a HistogramTransformation to raise the black point (but with no clipping).

Final Steps: Background and star brightness, contrast and saturation were adjusted in several iterations using Curves with masks as required.  To reduce the prominence of the bright star 52-Cygni, a less stretched version of the star from the RGB-only image was blended in using CloneStamp.