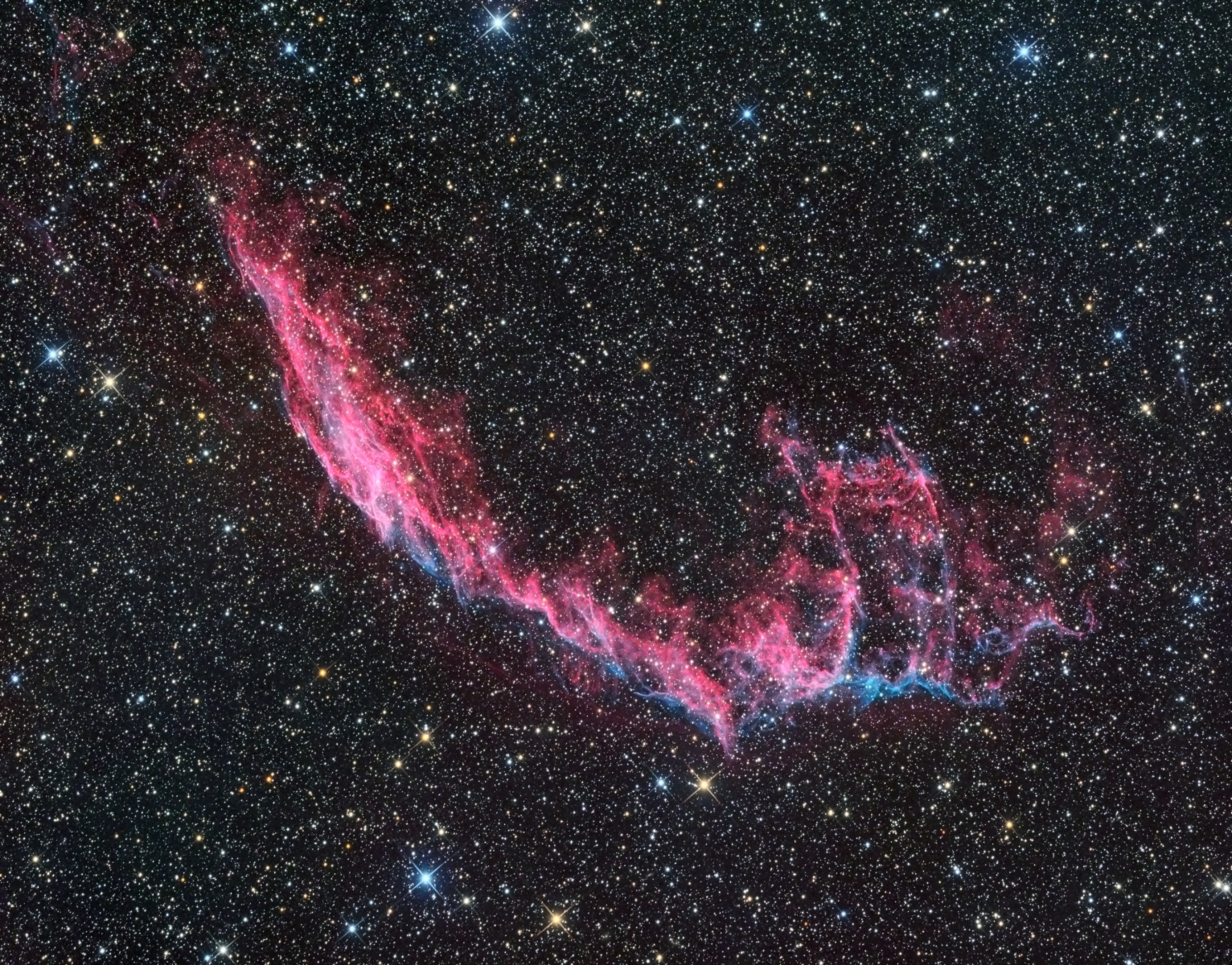 This shot shows the Eastern Veil Nebula set in the rich background of the Milky Way.  It complements images that I have taken of Pickering’s Triangle on its own and with the Western Veil Nebula, and NGC6979, all of which are other portions of this huge supernova remnant.  You can zoom in on the knots and braids of glowing gas in the Veil Nebula.  They are really beautiful, glowing red due to hydrogen and blue/green due to oxygen.