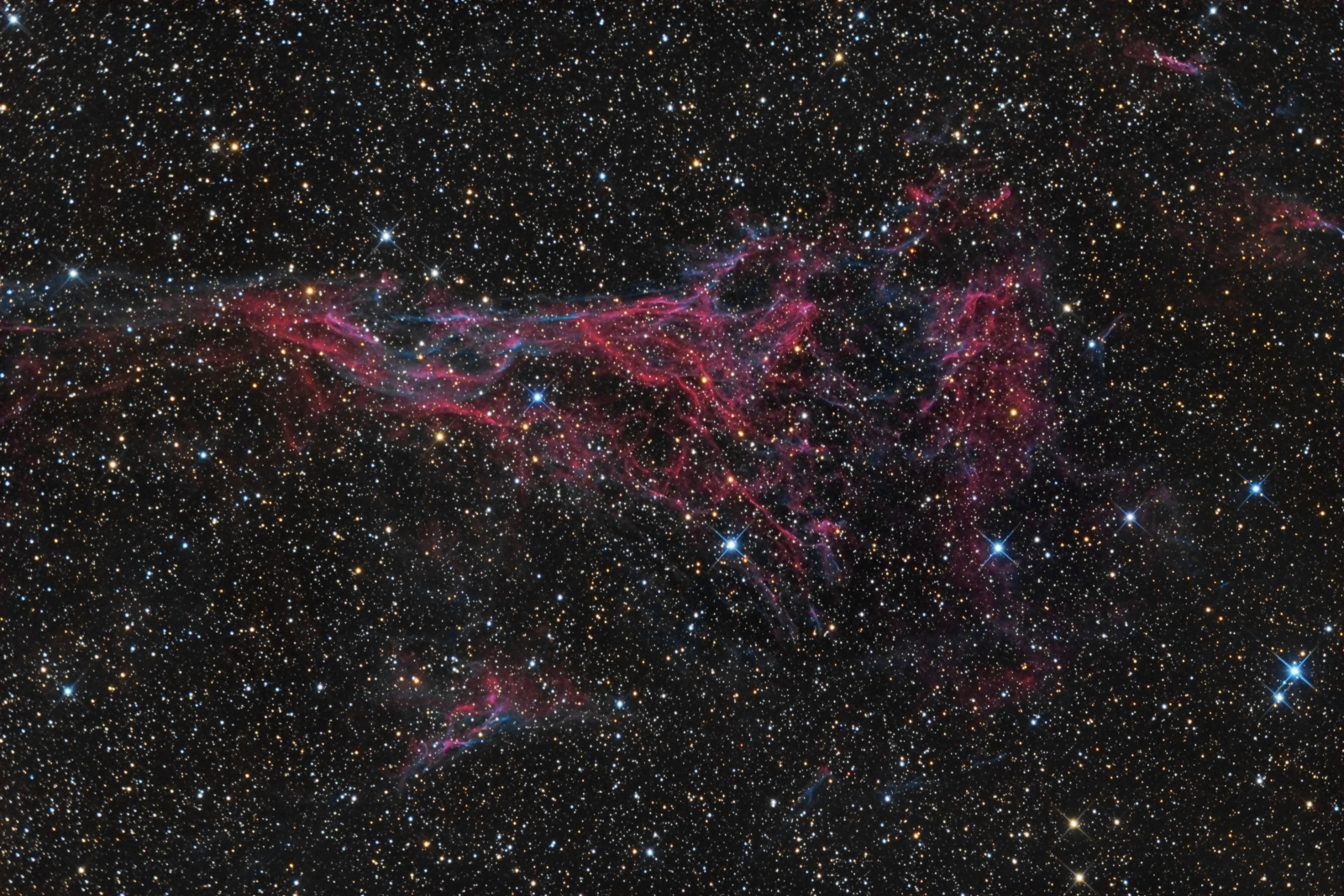 The Veil Nebula was discovered by William Herschel in September, 1784.  It is a little less than 1500 light years away and is huge in the sky – about 6 times the width of the full moon.    However, Pickering’s Triangle wasn’t discovered until it was found photographically in 1904 by Williamina Fleming.  However, as was customary at the time, the observatory director, Edward Charles Pickering, was credited with the discovery.

R, G and B masters were cropped to remove edge artifacts from stacking. The R, G and B channels were combined to make an RGB image which was processed with DBE, Colour Calibration was applied and HistogramTransformation.   [NOTE:  I didn’t use the NB-RGB script to add in the Ha because it overwhelmed the teal colours in the image.  Instead, I included Ha in the synthetic luminance channel – see below].

MorphologicalTransformation was applied with a star mask to slightly reduce stars.  TGV noise was applied using an extracted luminance channel as a mask.  A range mask was used to protect all but the nebula and ExponentialTransformation and an increase in colour saturation were applied to boost the nebula.  At this point, there was some dark speckles in the brightest red filaments.  CosmeticCorrection was applied to a copy of the image, wioth settings established using a preview of a noisy area.  A range mask was made to protect all but brightest parts of nebula.  PixelMath was used to replace pixels in the original with pixels from the corrected image.

Image scale for this telescope/camera/rescaling combination is about 2 arcsec/pixel.