Skip to content
Previous Next
NGC7635, The Bubble Nebula 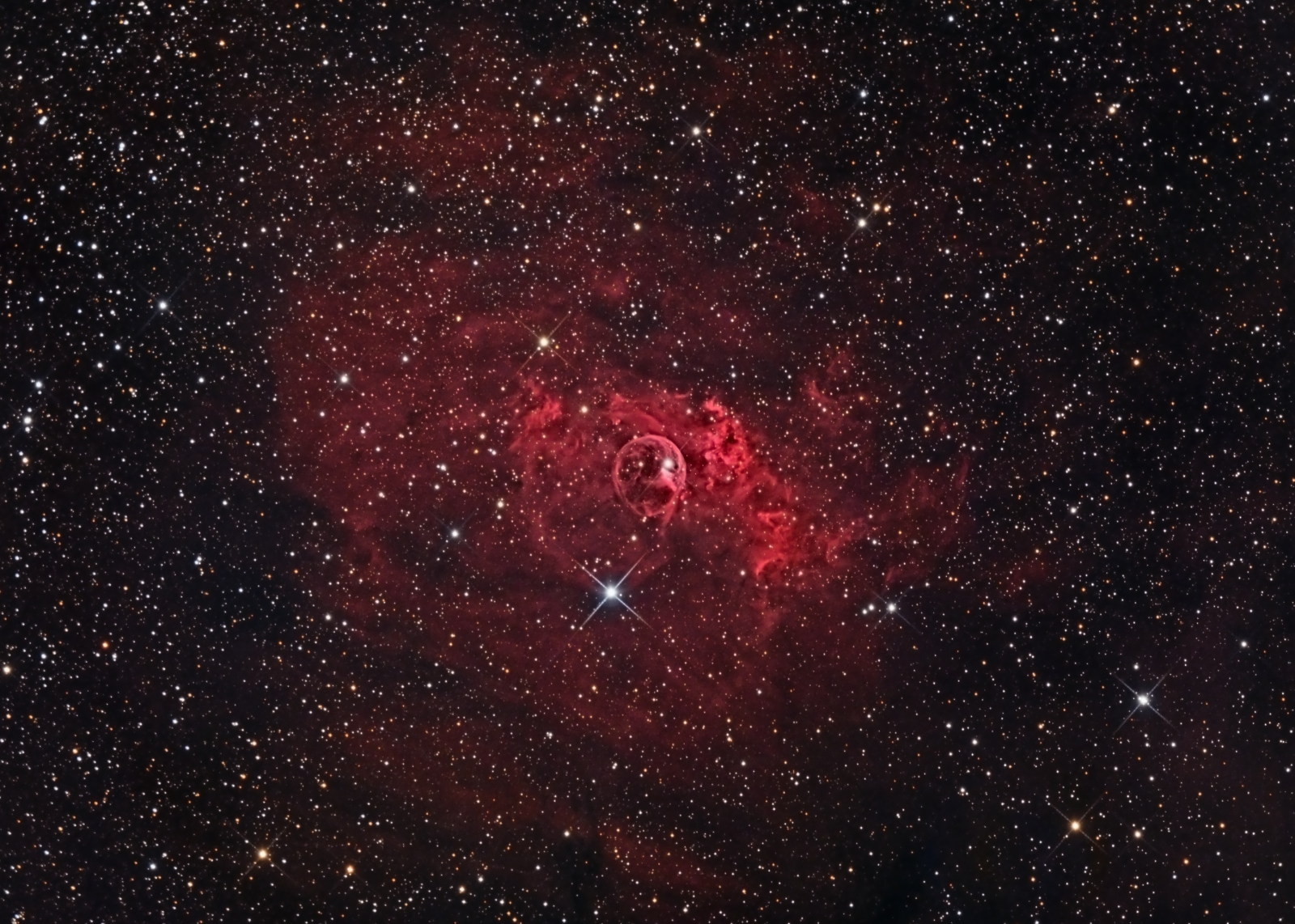 Like so many objects I’ve shot before, the Bubble Nebula looks better in this shot than in my previous attempts.  This is due to evolution of my equipment and my knowledge of processing.   I sent out an image of this object on August 31 2011, and mused in that email that I was expecting my new scope to ship shortly.  This image was taken with that then-new scope, but my previous attempt at processing it, in 2012, did not do it justice.

The Bubble Nebula glows red because of hydrogen.  It is lit by the bright star inside the bubble, which is of a type known as a Wolf-Rayet star.  These stars emit lots of particles and energy, enough to actually blow the bubble.  The central star of the bubble is between 7000-11000 light years away.  I’ve glimpsed the brightest parts of the bubble visually through my 20″ reflector.  Photographically it’s one of my faves (they all are!).  I really like the fine detail that can be seen by zooming in on the bubble region.

MorphologicalTransformation was applied with a star mask to slightly reduce stars.  TGV noise was applied using an extracted luminance channel as a mask.  A range mask was used to protect all but the nebula and LocalHistogramEqualization and an increase in colour saturation were applied to boost the nebula.  ACDNR was applied at a 4-pixel scale using a very strong mask (i.e. protecting the stars and bright parts of the nebula).

Image scale for this telescope/camera/rescaling combination is about 1.1 arcsec/pixel.