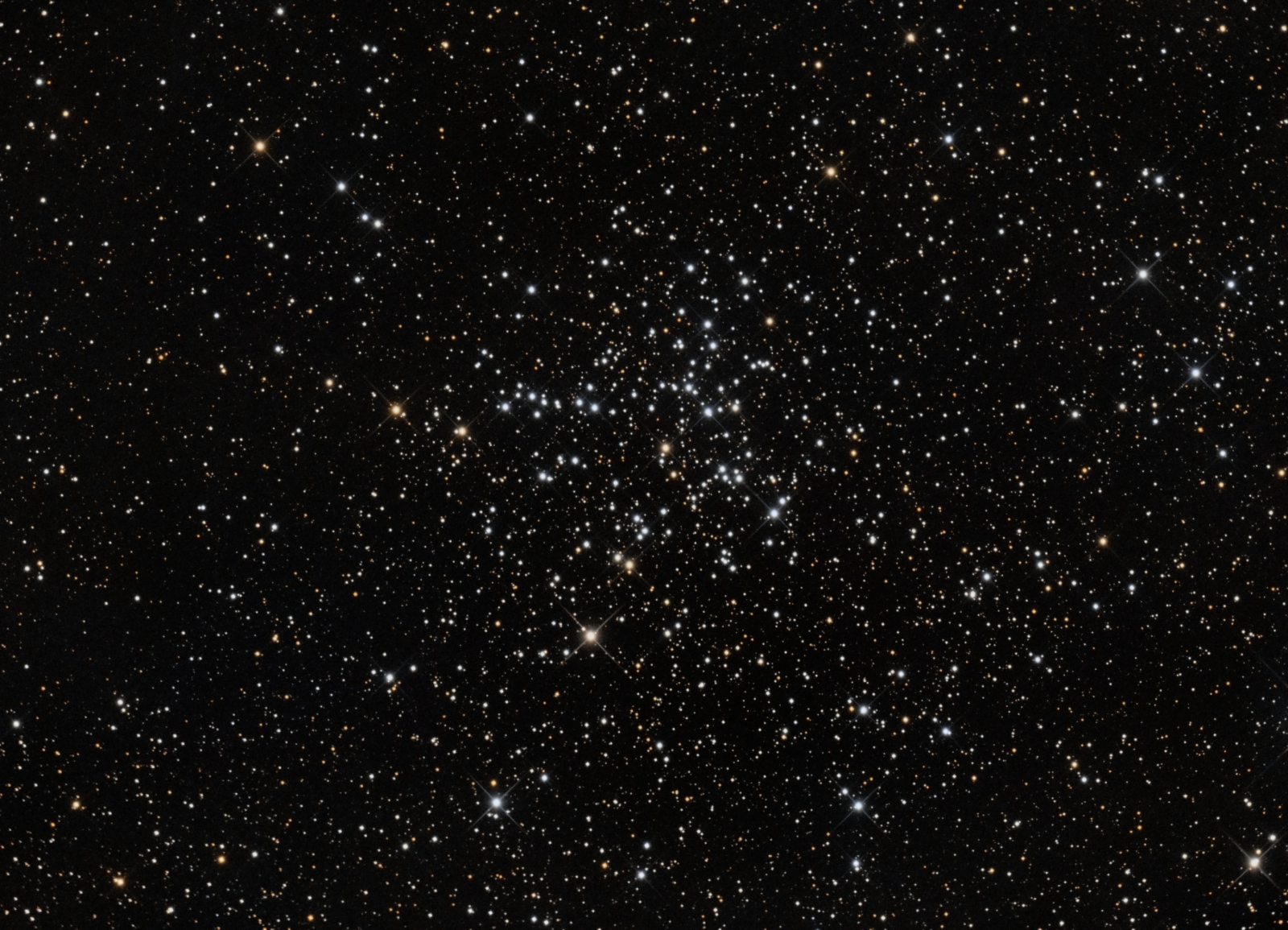 The weather has been terrible for weeks.  Finally, on December 19, 2014, the forecast was for the evening to start with intermittent cloud, followed by socked-in overcast, followed by an hour of clear sky.  I had some equipment testing to do, so I decided to take advantage of it and focus on a bright object that I could finish in one so-so night.  I decided to target M38, one of the many splashy open clusters in Auriga, the Charioteer.  I had to come back three more times to get enough data for this image.

Open clusters are great to look at through the eyepiece, but I find that they tend to be under-represented in astrophotos, compared to galaxies and nebulae.   M38 is similar in size but a little less rich to my eye compared to neighbouring M37.  Both of them (and companion M36) are around 3,400 light years away.  M38 is around 25 light years across, and appears to be about 2/3 the width of the full moon in the sky.  Definitely have a look at it with binoculars!

The brightest star in the cluster (yellow star above centre) is a yellow giant with about 900 times the luminosity of the Sun.

10″ ASA @ f/6.8 on a Paramount MX.  SBIG STL-11000 with Baader RGB and Ha filters.  Guiding with 80 mm f/6 Stellar-Vue refractor and camera’s Remote Guide Head.  Mount control with TheSkyX.  Acquisition with MaximDL.  Focusing with FocusMax.  Scripting using CCDCommander.   All pre-processing and processing in PixInsight.  No moon.  Good transparency and poor seeingfor R, G, B and Ha.  Acquired from my SkyShed in Guelph, ON.