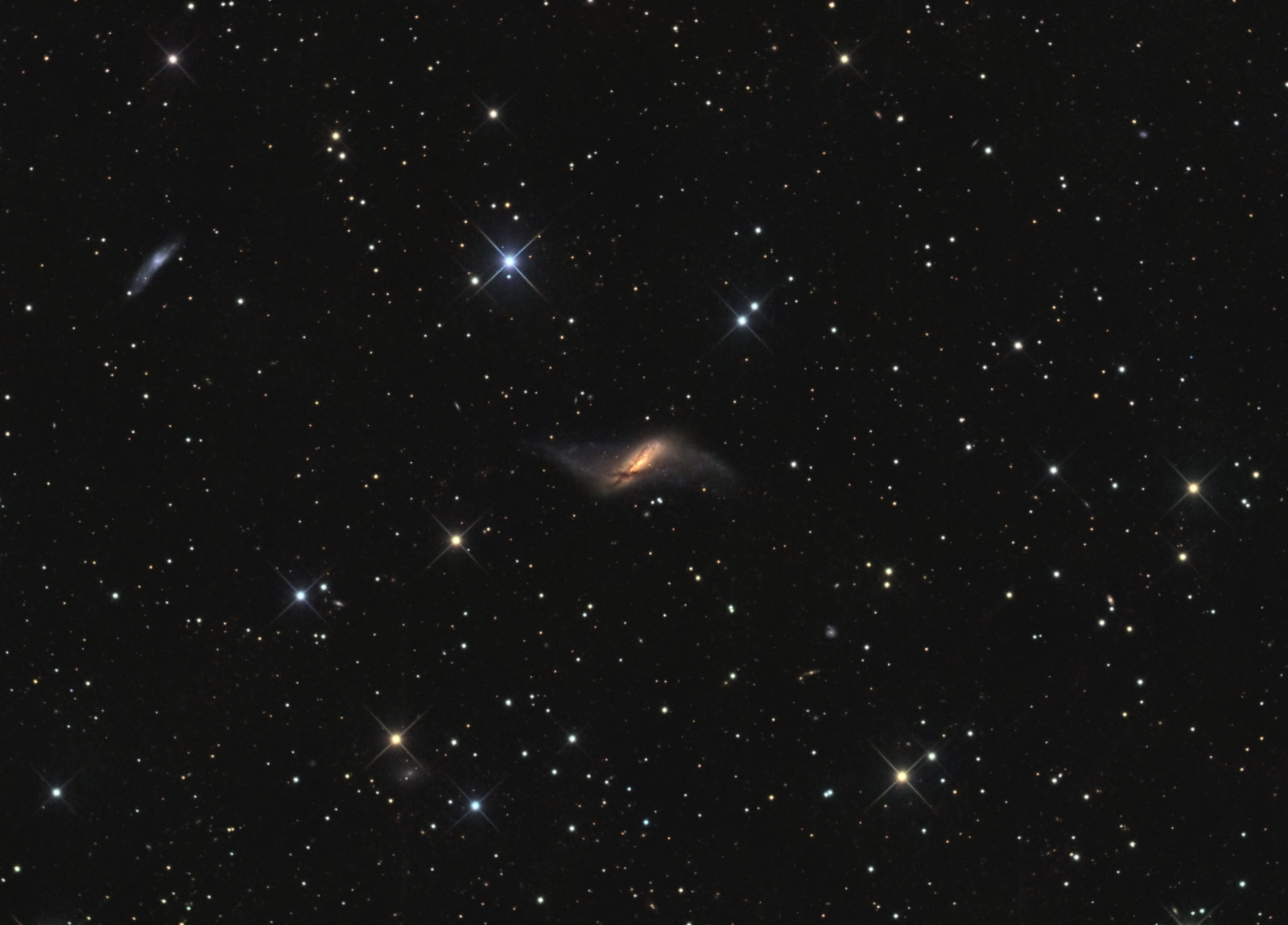 NGC660, near the centre of the image, is one of relatively few galaxies in its class, referred to as a “polar ring galaxy.” It is located in Pisces, and lies about 45 million light years from Earth. There are a couple of theories of how the ring formed. It might have resulted from a merger with another galaxy, or NGC660 may have captured matter from a passing galaxy, which then formed a ring over time. The central region of NGC660 has a great deal of star formation occurring, and is considered a starburst galaxy, like M82. Detailed dust lanes are visible, and the ring shows plenty of structure too. The ring is 50,000 light years across; the galaxy about half that.

SBIG STL-11000M camera, Baader R, G and B filters, 10″ f/6.8 ASA astrograph, Paramount MX.  Guided with SBIG’s external guide camera and 80 mm f/6.25 Lumicon achromatic refractor. Acquisition, guiding and mount control with TheSkyX. Focusing with FocusMax. Automation with CCDCommander. All preprocessing and post-processing in PixInsight. Shot from my SkyShed in Guelph, Ontario. Little to no moonlight, average and seeing throughout acquisition. Little or no moonlight.

RGB
Creation and cleanup:  R, G and B masters were cropped and processed separately with multiple iterations of DBE. R, G and B were combined to make an RGB image which was processed with ColourCalibration.

Final Processing of SynthLRGB:
MultiscaleLinearTransform was applied to sharpen the brightest parts of the galaxy (bias +0.03 for layers 2 and 3, and bias +0.02 for layer 4), protecting other areas with a mask. Using the same mask, UnsharpMask was applied. Some mottling in the background was removed using the PixelMath expression:
iif($T<0.063, $T+0.75*(med($T)-$T), $T).

Background, stars and nebula brightness, contrast and saturation were adjusted in several iterations using Curves with masks as required.