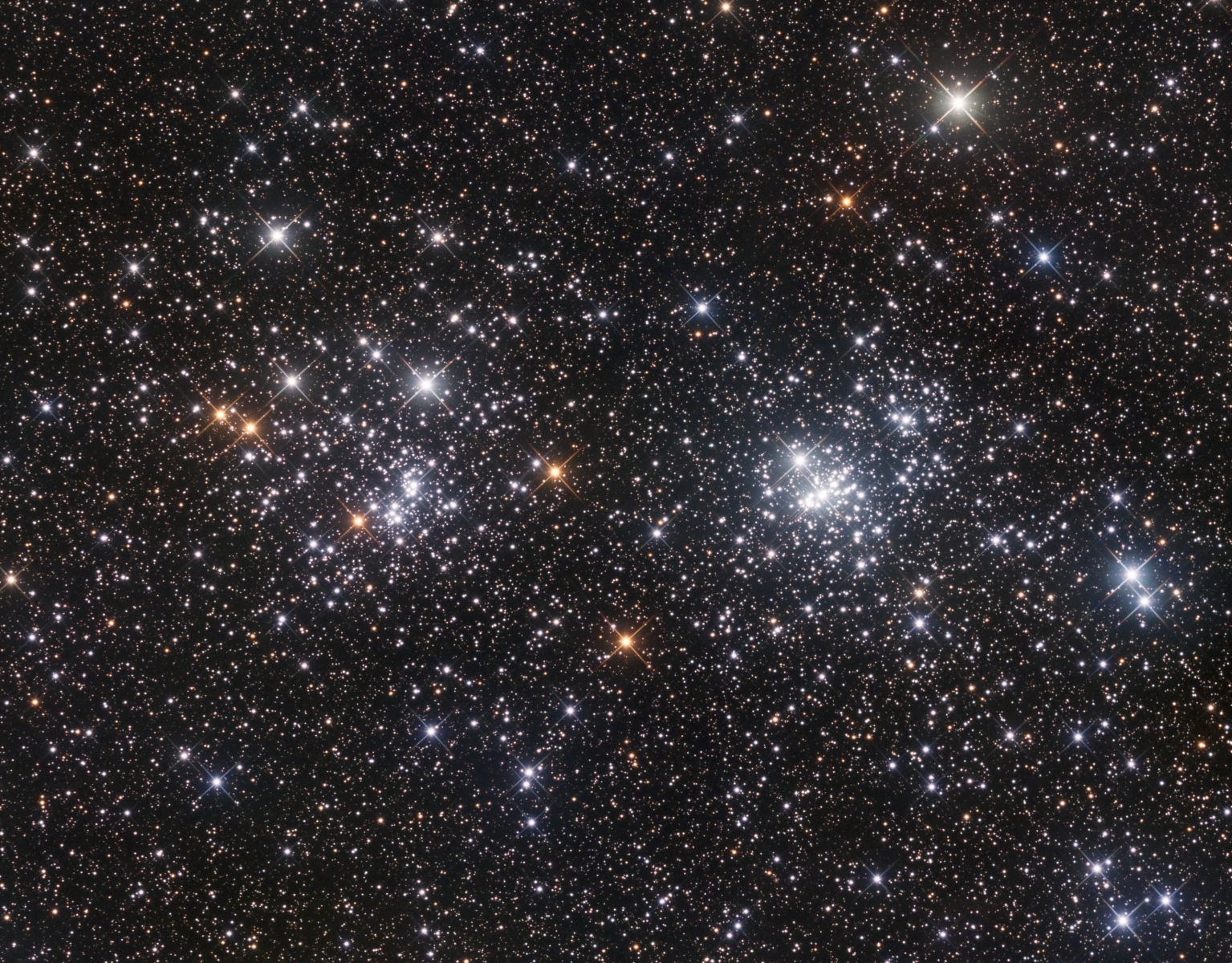 The Double Cluster includes NGC869 (right) and NGC884, (known as h- and Chi-Pereus, respectively), each showing hundreds of stars. These clusters were bright enough to get star designations, and are both visible to the naked eye as foggy patches in a dark sky not far below the “left” side of the “W” of Cassiopeia in an autumn sky. In binoculars this pair looks like salt sprinkled in two little piles on a black tablecloth.  In a small telescope the view is wonderful.  Large telescopes reveal more stars, but tend to have too small a field to show the whole thing at once.

Both clusters are about 13 million years old (compared to 75-150 million years for the Pleiades).  They lie about 7,500 light years away and a few hundred light years apart, and have a combined mass of about 6,500 times the mass of our Sun.  However, the clusters have a halo totalling more than 20,000 solar masses. Each contains more than 300 blue giant stars.  The clusters are moving  towards us at a speed of about 40 km/s.

This is the first light image taken with a Moravian G3-16200 camera which I am demoing for O’Telescope, Moravian’s Canadian dealer. My first impressions are that this is a well built, solid camera that gave me no surprises. This image was taken during the nights of September 14 and 15, when the moon was nearly full! The original uncropped image contains a much larger field, but I cropped and rotated to better frame the clusters. The larger version shows good stars right to the corners. Note that this image was acquired under a nearly full moon and so-so conditions. I am not sure why a lot of imagers don’t bother to image when the moon is out…

Finally, I imaged this object in 2011 with different equipment and ten times less exposure time. I left the web post from 2015 available for comparison.