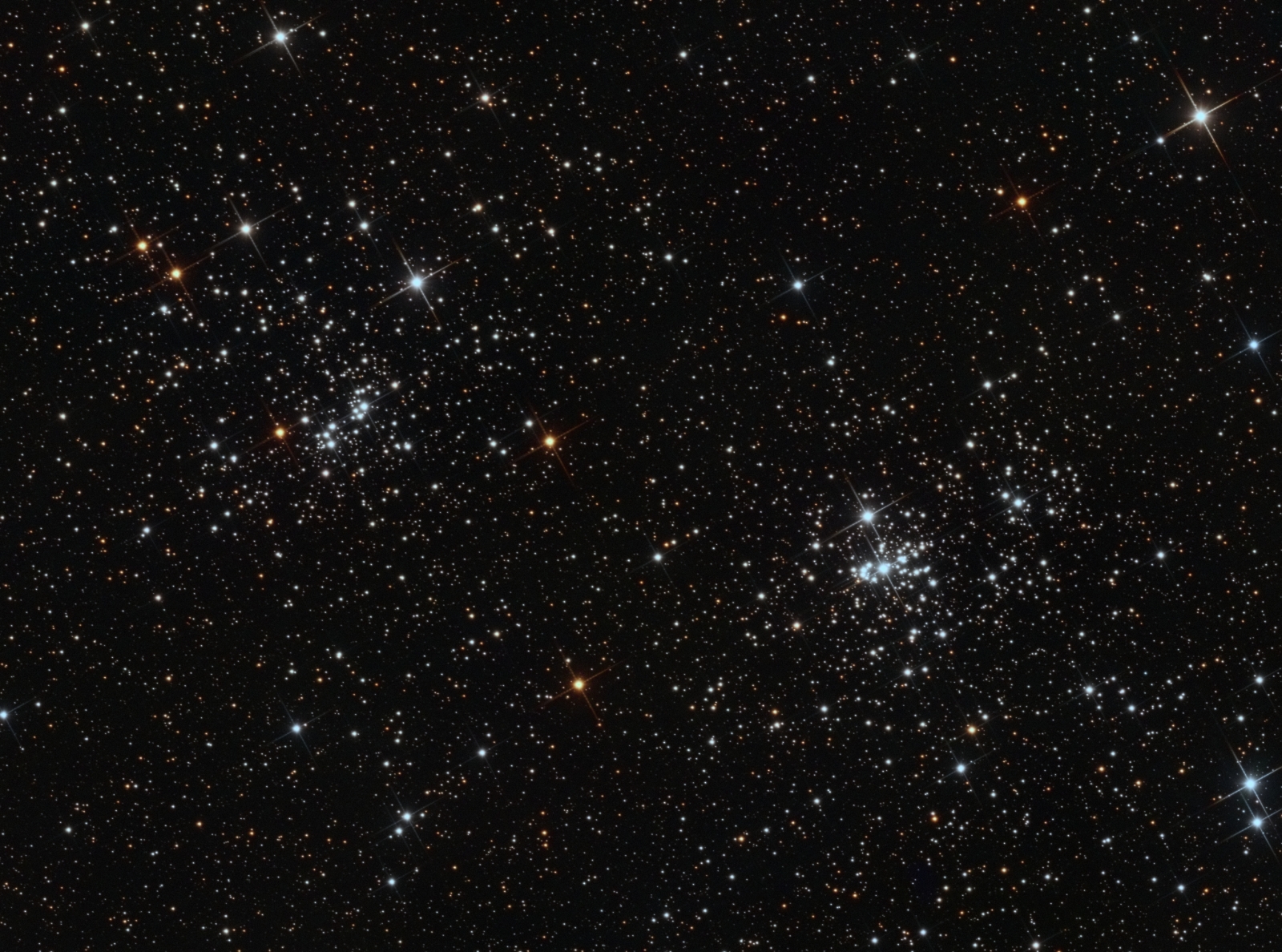 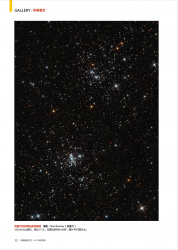 There are two reasons for me posting this image of the Double Cluster from 2011 now:  First, all of the objects I’ve imaged lately have been rather bland visually:  faint galaxy clusters and sparse globulars.  I thought it was time for some eye candy, and there is nothing tentative about the Double Cluster.  Second, I’m working on a few new processing techniques and needed a subject with lots of background and lots of stars; this image made the perfect subject.  Finally, I haven’t posted it before even though I did process it in 2011.  The 2011 version is a little too dark for my taste and shows fewer stars than the current image.

The Double Cluster includes NGC869 (right) and NGC884, (known as h- and Chi-Pereus, respectively), each showing hundreds of stars.  These clusters were bright enough to get star designations, and are both visible to the naked eye as foggy patches in a dark sky not far below the “left” side of the “W” of Cassiopeia in an autumn sky.  In binoculars this pair looks like salt sprinkled in two little piles on a black tablecloth.  In a small telescope the view is wonderful.  Large telescopes reveal more stars, but tend to have too small a field to show the whole thing at once.

Both cluster are about 13 million years old (compared to 75-150 million years for the Pleaiades).  They lie about 7500 light years away and a few hundred light years apart, and have a combined mass of about 6500 times the mass of our Sun.  However, the clusters have a halo totalling more than 20,000 solar masses.  Each cluster contains more than 300 blue giant stars.  Furthermore, the colour of the clusters is shifted towards the blue because they are moving  towards us at a speed of about 40 km/s.

The colour that is so evident in the stars in this shot is not very obvious to my eye in binoculars, but I can see some red in the stars with a small refractor.  In 2011 we looked at this through Gord Rife’s then-newly silvered (with real silver!) mirror at fairly high power, and star colours were in-your-face, with subtle differences being visible.  Aluminum-coated mirrors are more durable, but they sure don’t show the colours the way silver does.

Final Processing
TGVDenoise was applied to the SynthLRGB image in Lab mode followed by a histogram stretch to increase image contrast.  A star core mask was made by applying morphological transformation and convolution to a copy of SynthL.  Colour saturation in star cores was increased using this mask.  The background was slightly smoothed using a Pixel Math expression to lighten the very darkest pixels as follows:

Thank you to Alejandro Tombolini for this idea.

Saturation and brightness were tweaked.  Image scale for this telescope/camera combination is 1.23 arcsec/pixel.