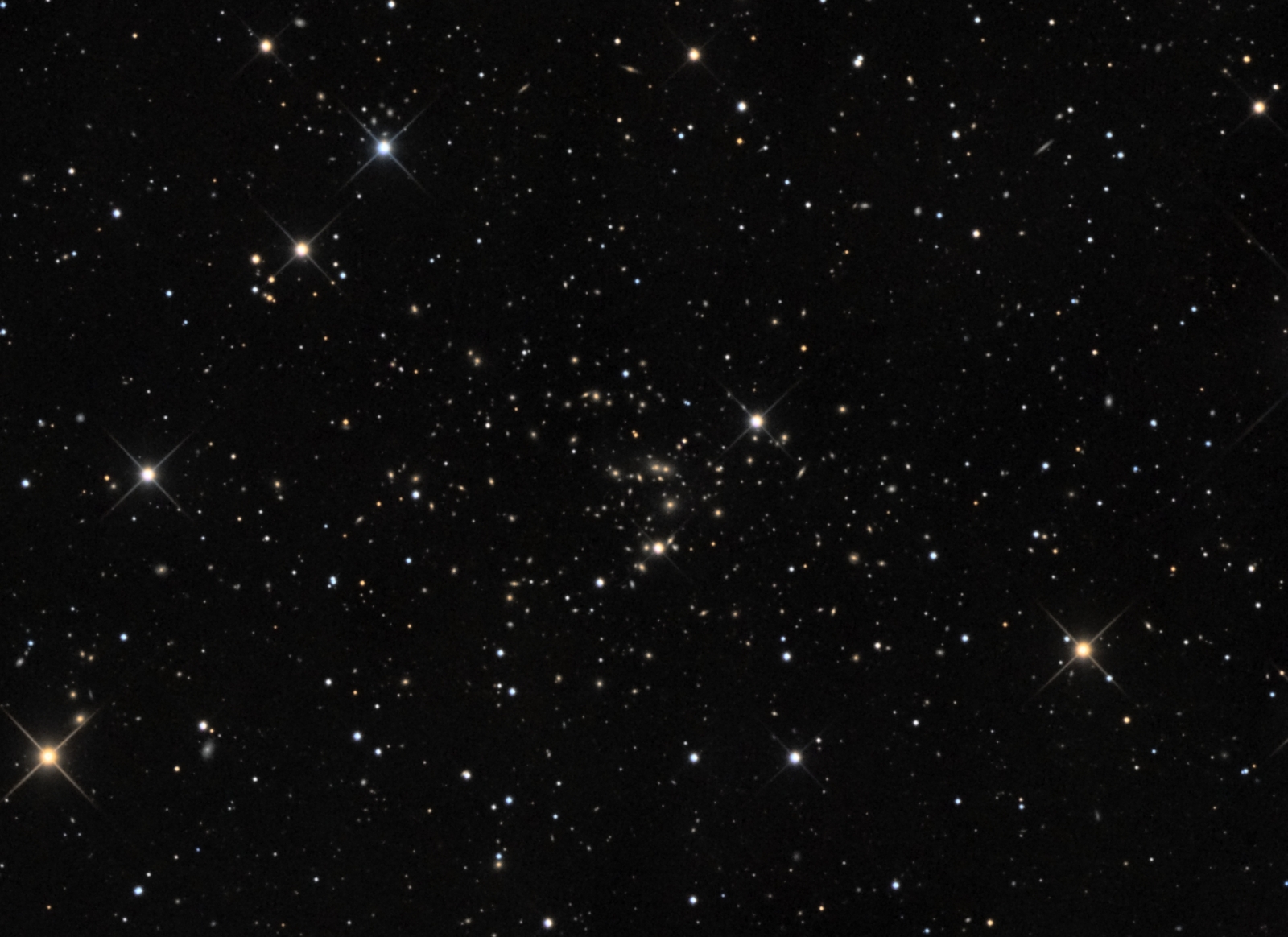 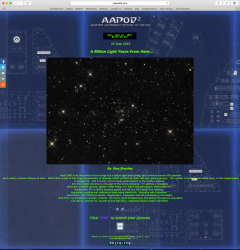 I know this isn’t as splashy as some of my images of showpiece objects, but it took more than a billion years to make!  Yes.  You heard right.  A billion years.  That is how long the light from Abell 2065’s dim galaxies had to travel before hitting my sensor.  That makes this galaxy cluster the farthest object that I have ever imaged.  I believe it contains more galaxies than any other image I have taken, with the possible exception of the Perseus A galaxy cluster, Abell 426.

Abell 2065 is at the centre of this image, and contains around 400 galaxies.  Each galaxy contains billions of stars.  Abell 2065 is part of the Virgo Supercluster of Galaxies which contains at least 100 such galaxy groups.  The number of galaxies, let alone stars, in this supercluster, is staggering.  And it is only one of many superclusters in the visible universe.  And the visible universe is only part of the whole shebang.  I’m getting a headache.

Final Processing
Noise: SCNR was applied to reduce green noise.  TGVDenoise was applied in Lab mode with only luminance selected and using default settings, except 300 iterations and convergence selected, followed by HistogramStretch.  Background colour saturation was reduced slightly.   A copy of the SynthL was processed with MultiscaleLinearTransformation with 4 layers and residual unchecked.  Convolution (1 px) was applied to the result and this was used as a mask to boost colour saturation in the centre of the medium and small stars and galaxies.