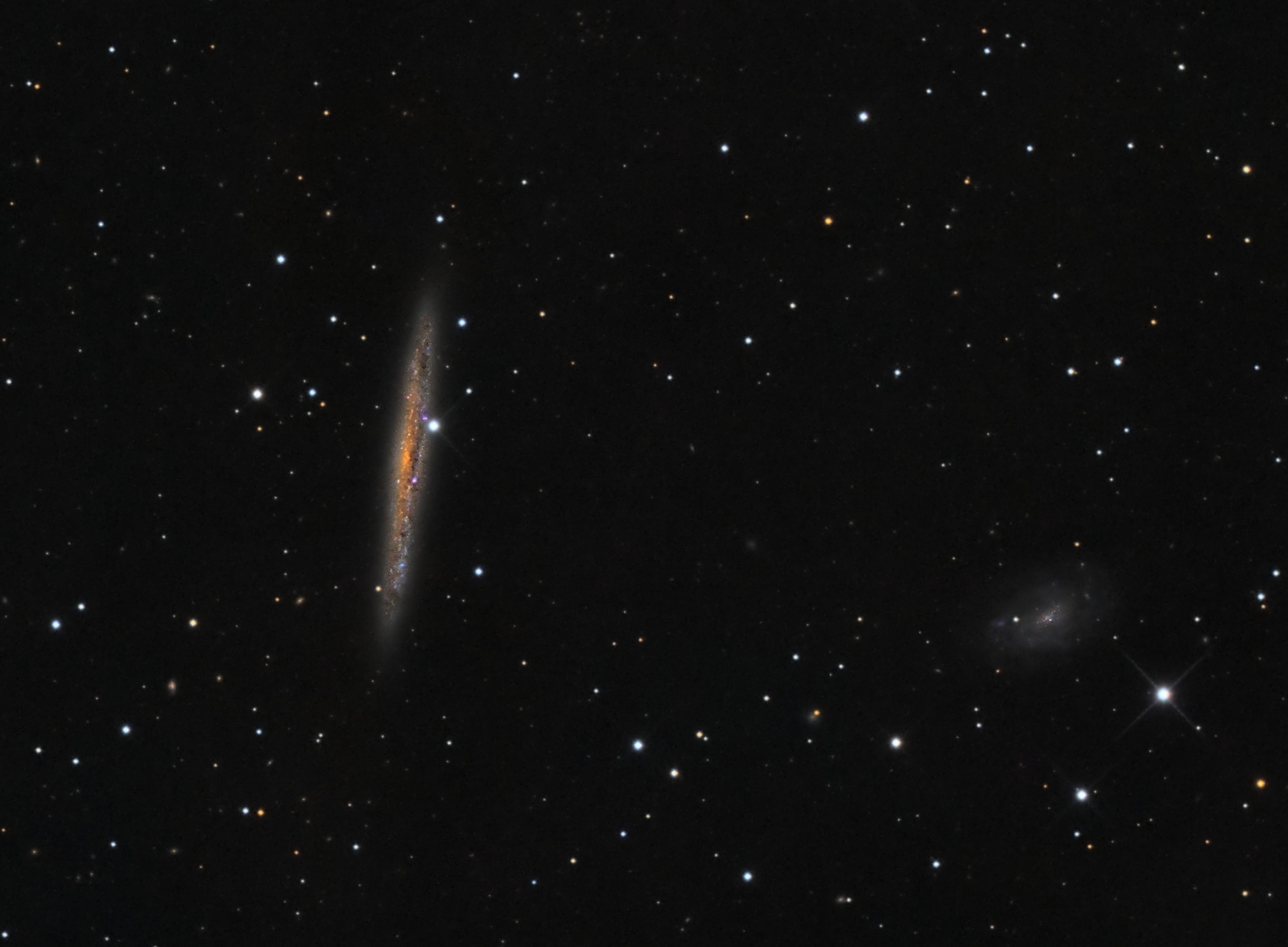 NGC4517, the most prominent galaxy in this image, is an edge-on spiral galaxy.  It is a member of the Virgo Cluster of galaxies and lies about 40,000,000 light years away in the direction of the constellation Bootes.  This galaxy is a little larger than our own Milky Way galaxy.  This image shows its prominent dark lanes, star clusters (blue) and nebulae (pink).  The face-on spiral galaxy on the right is called NGC4517A.  Numerous other Virgo Cluster galaxies are strewn around the image too.  Look for smudges and streaks.  All of the individual stars in this image — including the bright one “touching” the galaxy — are in the foreground.

Linear Noise Reduction: MultiscaleLinearTransform was applied to reduce noise in Layers 1 and 2.

Final Steps: An UnsharpMask was applied to the galaxy.  A copy of the SynthL was processed with MultiscaleLinearTransformation with 4 layers and residual unchecked.  Convolution (1 px) was applied to the result and this was used as a mask to boost colour saturation in the centre of the medium and small stars.  The deconvolution Deringing Support file was used as a starting pointto make a contour mask for bright stars.  Colour saturation in star halos was reduced using this mask.  A star mask made with default settings was used to sharpen stars with UnsharpMask and then shrink and soften slightly with MorphologicalTransformation.  SCNR was applied through the same star mask to reduce green cast in a few stars.