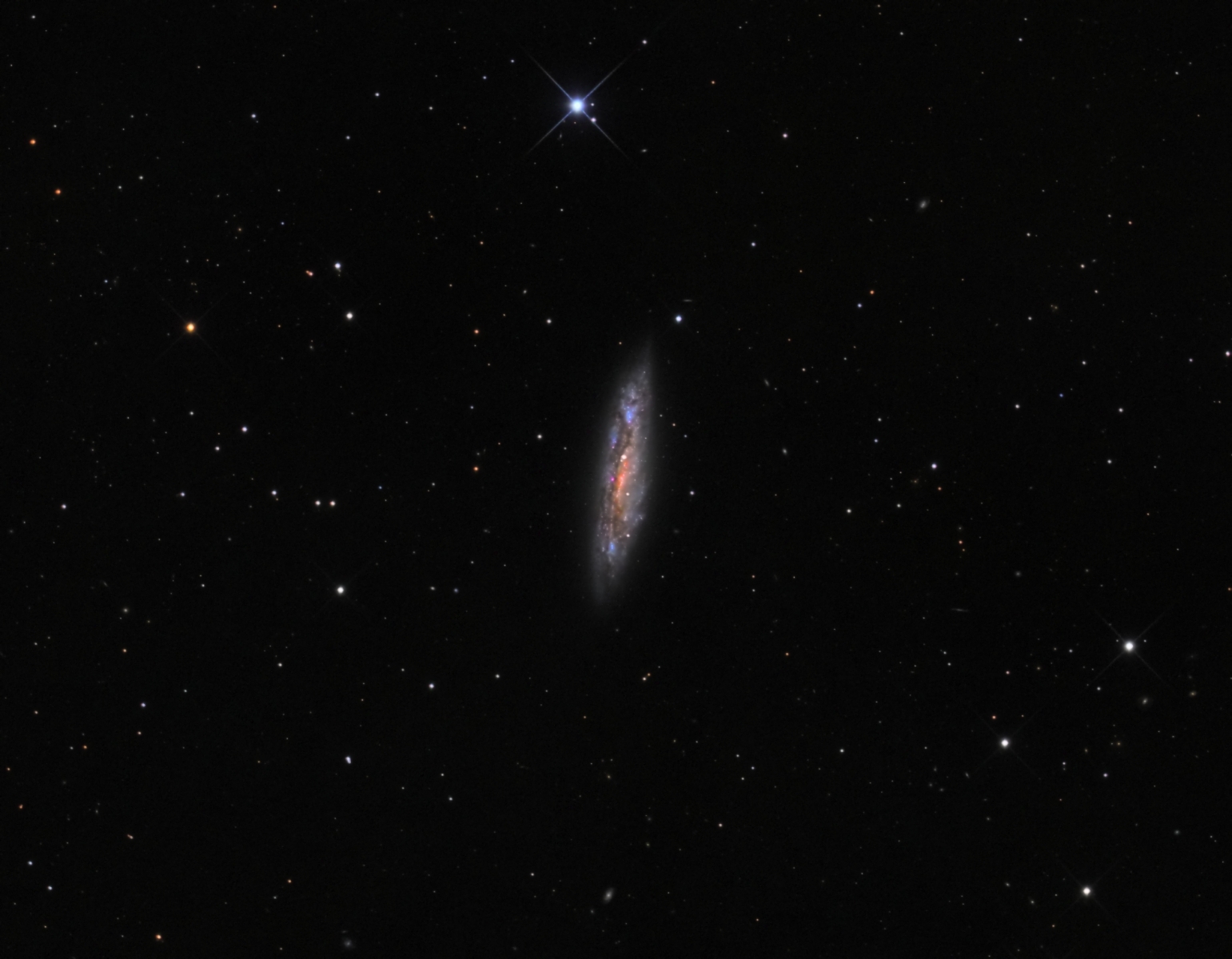 M108 is a barred spiral galaxy in Ursa Major, and it lies near Merak, the lower-right star of the Big Dipper’s bowl.  It lies about 46 million light years away.  This is a very active galaxy, showing pink nebula, blue star clusters and many dark lanes throughout.  There is a super-massive black hole at the centre of M108 that is estimated to have 24 million times the mass of the Sun.  It is a member of the Ursa Major galaxy cluster, which in turn belongs to the Virgo Supercluster of galaxies.  There are dozens of galaxies in this image that lie much further away than M108.  Look for streaks and smudges that look different from the sharper stars.

Final Processing
Dynamic Range Adjustment and Stretching: SCNR was applied to remove green cast.  TGVDenoise was applied in Lab mode with only luminance selected and using default settings, followed by HistogramStretch.  A range mask was made that protected stars and background, and LocalHistogramEqualization was applied to the galaxy.

Star Shaping:  At some point in the process some stars became slightly diamond shaped.  To correct this, MorphologicalTransformation was applied using “Midpoint (Min+Max)/2” mode and a star mask to protect non-star regions of the image.