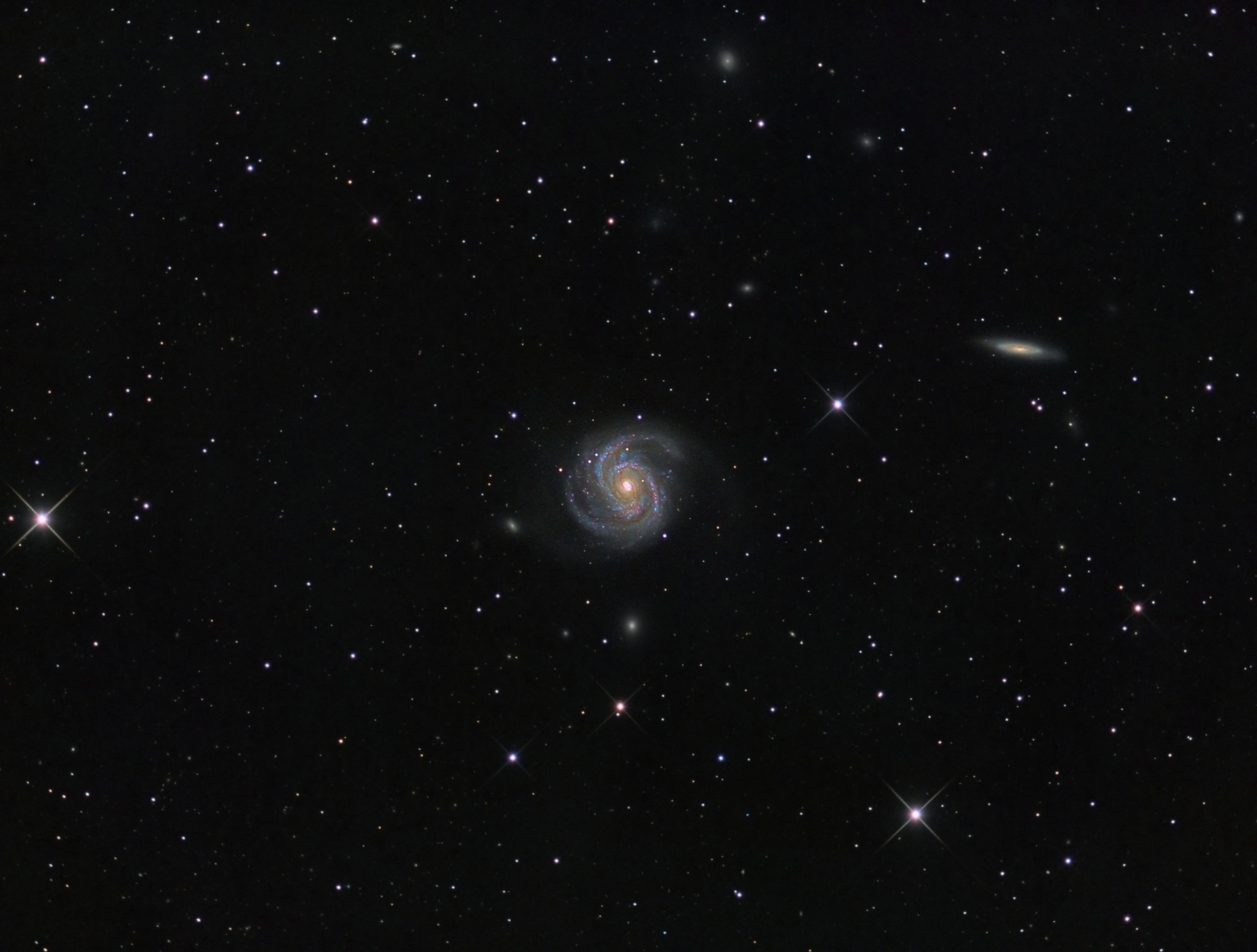 M100 is a spiral galaxy in Virgo, and is a member of the Virgo cluster of galaxies.  It is one of the largest members of this galaxy cluster, and has a diameter of 107,000 light years.  It is 55 million light years away.  Note the pink emission nebulae and blue star clusters in the arms.  I counted at least 17 other galaxies in this image – they look like smudges or streaks, as opposed to the sharp, round stars.

Stretching: HistogramTransformation was applied to make a pleasing yet bright image..

Final Processing
Dynamic Range Adjustment and Stretching: HDRMultiscaleTransform was applied at 6 pixel scales, protecting bright stars with a mask. TGVDenoise was applied in RGB/K mode with default settings, followed by HistogramStretch.  A range mask was made that protected stars and background, and LocalHistogramEqualization was applied to the galaxy.  SCNR was applied to the image to reduce a green cast.