Skip to content
Previous Next
The Bubble Nebula Region 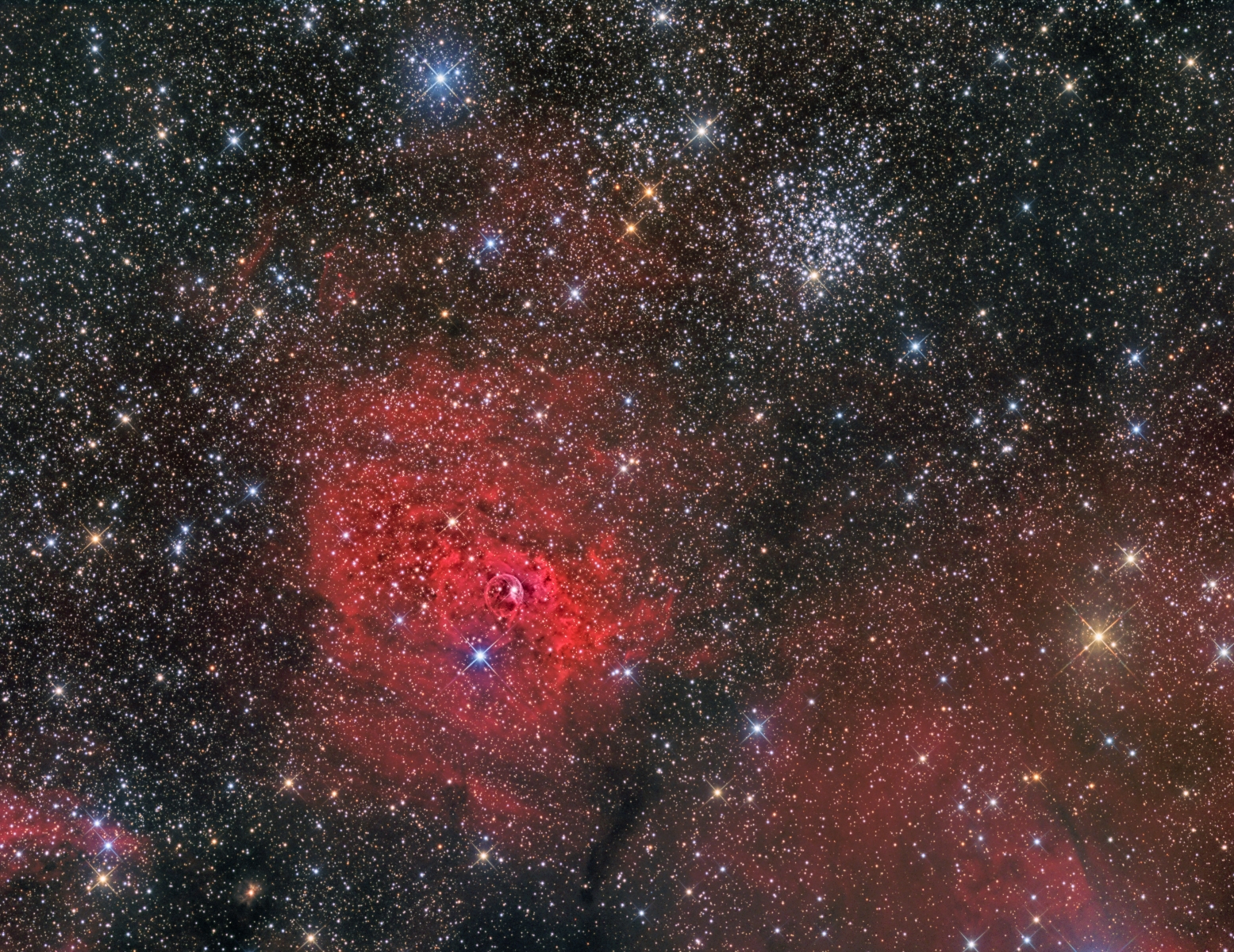 Moravian G3-16200 EC camera (on loan from O’Telescope), Optolong Ha, O3 and RGB filters, 10″ f/3.6 ASA astrograph, Paramount MX, QHY5 guide camera through Lumicon 500 mm f.l. achromat. Acquisition with the SkyX, Focusing with FocusMax. All pre-processing and processing in PixInsight. Acquired from my SkyShed in Guelph. Nearly full moon for Ha and O3; no moon for RGB, no cloud, good transparency and average seeing throughout.

NB-RGB Creation
Creation and cleanup:  R, G, B, Ha and O3 masters were cropped and processed separately with DBE. R, G and B were combined to make an RGB image which was processed with ColorCalibration. The NBRGBCombination script was run with default settings using Ha for red narrowband. RGBWorkingSpace was used to equalize the channel weights and the luminance was extracted for later processing as SynthL. The O3 image was stretched with HistogramTransformation for later use as a mask.

Dynamic Range Compression: HDRMultiscaleTransform was applied at 6 and 4 pixel scales using a mask to protect the stars.

Additional Processing
Final Steps: PixelMath was used to subtract a star mask from the stretched O3 image. The result was used as a mask to boost blue and green in the strong O3 regions of the Bubble Nebula (mostly along the upper right edge). MorphologicalTransformation was used to reduce the prominence of the stars. Background, nebula and star brightness, contrast and saturation were adjusted in several iterations using Curves with masks as required. SCNR was applied at 70%. Image scale is 1.36 arcsec per pixel for this camera / telescope combination.