Skip to content
Previous Next
M44, The Beehive Cluster, Praesepe 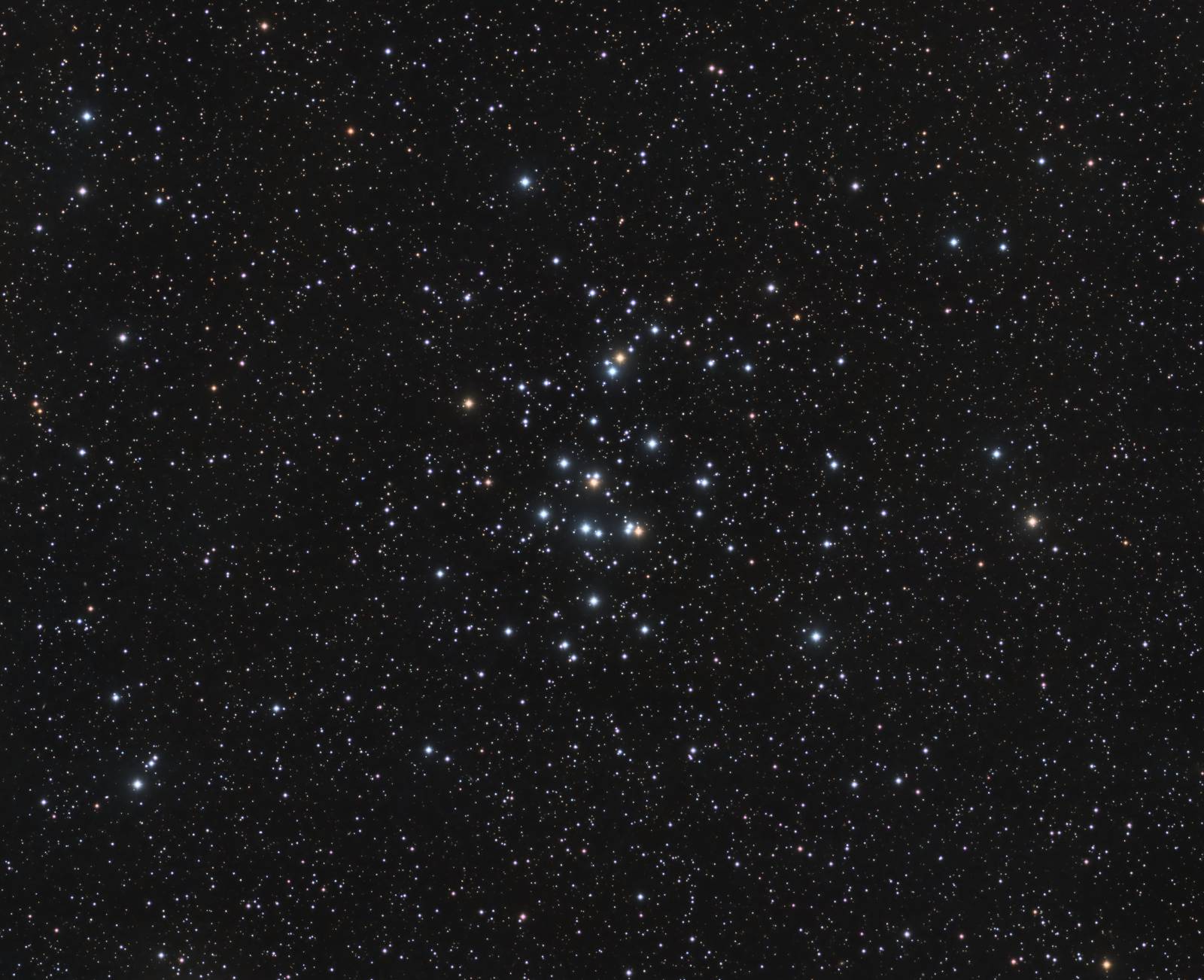 The main subject of the image is M44 (Messier 44). It is also known as the Beehive Cluster and Praesepe (Latin for manger).  It’s an open cluster of stars located 577 light years away in the direction of Cancer, the Crab. Owing to its proximity, this cluster has a diameter three times the Moon’s width, making it a great binocular target. IN realityThe bright core of the cluster spans about 23 light years.  The cluster formed about 600 million years ago and has a total mass of 500-600 that of the Sun. M44 hosts two planets, discovered in 2012, that represent the first examples of planets orbiting Sun-like stars within a star cluster. 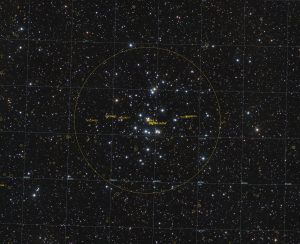 Many background galaxies are identified in this annotated image.

On close inspection, hundreds of background galaxies can be found in this image. All are tens of thousands to millions of times further away than M44. Every yellow circle and crosshairs in the annotated image marks the location of a PGC galaxy (Principal Galaxy Catalogue).

Tekkies:
Moravian G3-16200 EC camera (on loan from O’Telescope), Optolong R, G and B filters, Takahashi FSQ-106 ED IV at f/3.6, Paramount MX, guided with QHY5 camera and 175mm guidescope. Acquisition with the SkyX, focused with FocusMax. Scripted with CCD Commander. All pre-processing and processing in PixInsight. Acquired from my SkyShed in Guelph. nearly full moon; average transparency and seeing.

Pre-Processing
The BatchPreProcessing script was used to perform calibration, cosmetic correction and registration of all frames. ImageIntegration was applied for R, G and B channels, using the best frames from each channel as reference frames. The high Large-Scale Removal tool was used in ImageIntegration.

Noise Reduction and Re-Stretch: TGVDenoise was applied in Lab mode with 300 iterations with a range mask applied to protect stars.  This was followed by an application of HistogramTransformation to raise the black point (but with no clipping).