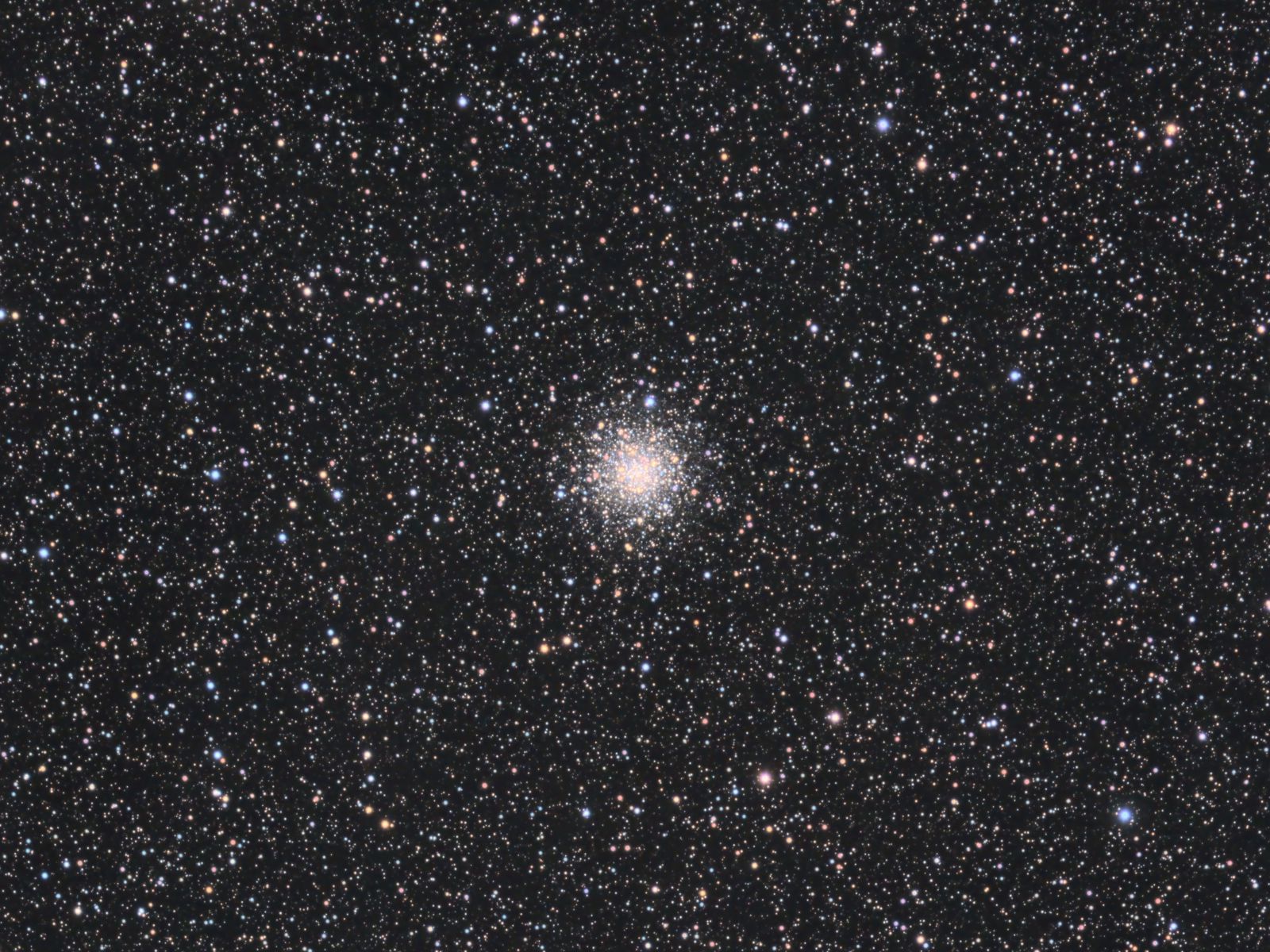 The last time I imaged this object was in May 2013. The previous version was captured with a 10″ reflector.

Tekkies:
Acquisition, focusing, guiding and control of Paramount MX mount with TheSkyX. Focus with Optec DirectSync motor and controller. Automation with CCDCommander. Equipment control with PrimaLuce Labs Eagle 3 Pro computer. All pre-processing and processing in PixInsight. Acquired from my SkyShed in Guelph. Average or better transparency and seeing. Data acquired May 7-8, 2020 under a nearly full Moon.

Colour
Channel Registration:  To improve channel registration, the colour channels of the RGB master were extracted and aligned with StarAlignment, using Thin Plate Splines with Distortion Correction and the luminance master as the reference frame. The registered colour channels were recombined with ChannelCombination.

Stretching: MaskedStretch was followed by a contrast boost with CurvesTransformation to make a pleasing, bright image, with background intensity of approximately 0.10.

Correcting Artifacts in Star Cores:  To correct dark artifacts in the core of bright stars, the a* and b* channels were extracted, blurred using Convolution (SD = 2.0), and then replaced into the RGB master, using a highly stretched inverted star mask to protect smaller stars and background.

Lightness
Deconvolution:  StarMask was applied with default settings to produce a Local Deringing Support Image. A clone of the image was stretched  with HistogramTransformation and Curves in order to use it as a deconvolution mask. Deconvolution was applied (80 iterations, regularized Richardson-Lucy, external PSF made using PSFImage script with about 50 stars).

Contrast Enhancement:  LocalHistogramEqualization was applied using a mask to isolate the core of the globular cluster (Kernel Radius 150, Contrast Limit 1.5 and Amount 0.75).

Sharpening:  The core of the globular cluster was sharpened with a pass of MultiscaleLinearTransform (bias +0.05 on 2nd and 3rd layers, dark deringing = 0.02) with the same mast as was used for the previous step.