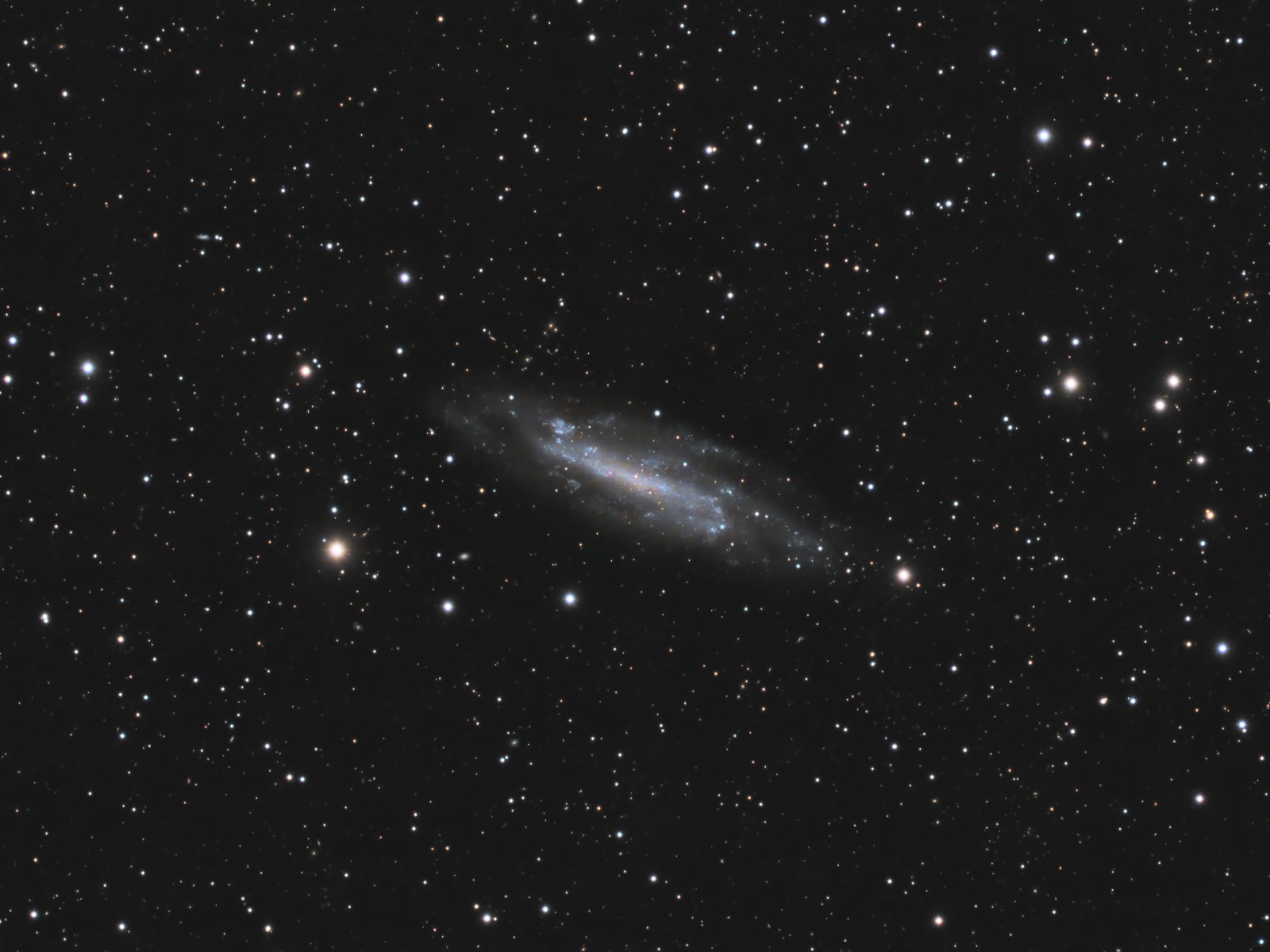 NGC 4236 is a barred spiral galaxy in Draco, the Dragon.  It is large (its length is more than 2/3 the Moon’s width) but has a very low surface brightness, meaning it is barely brighter than the background glow of the sky (mean surface brightness is 24.3 mag/asec2; outer arms are much fainter). This makes it quite a difficult object to image. This image shows  more than 34 hours of light collected through two telescopes and cameras running simultaneously, as described below.  NGC 4236 is part of the M81 group (I have imaged M81 and M82) and lies about 12 million light years away. Some of the many other galaxies in the field are marked on the annotated image, including several in a swarm above the left end of NGC 4236. Click the image to see it full size. 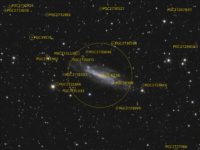 Lightness
Deconvolution:  StarMask was applied with default settings to produce a Local Deringing Support Image. A clone of the image was stretched  with HistogramTransformation and Curves in order to use it as a deconvolution mask. Deconvolution was applied (150 iterations, regularized Richardson-Lucy, external PSF made using PSFImage script with about 50 stars).

Registration of L and RGB: StarAlignment was used to register the RGB master to the L master.

Sharpening:  The galaxy was sharpened with a pass of MultiscaleLinearTransform (bias +0.1 on 2nd and 3rd layers).

Final Steps: Galaxy, background and star brightness, contrast, and colour saturation were adjusted in several iterations using CurvesTransformation with masks as required. ICCProfileTransformation (sRGB IEC61966-2.1; Relative Colorimetric with black point compensation) was applied prior to saving as a jpg.